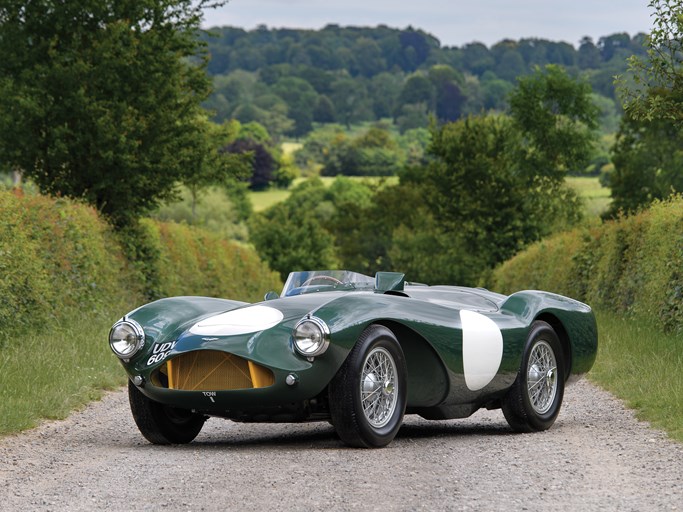 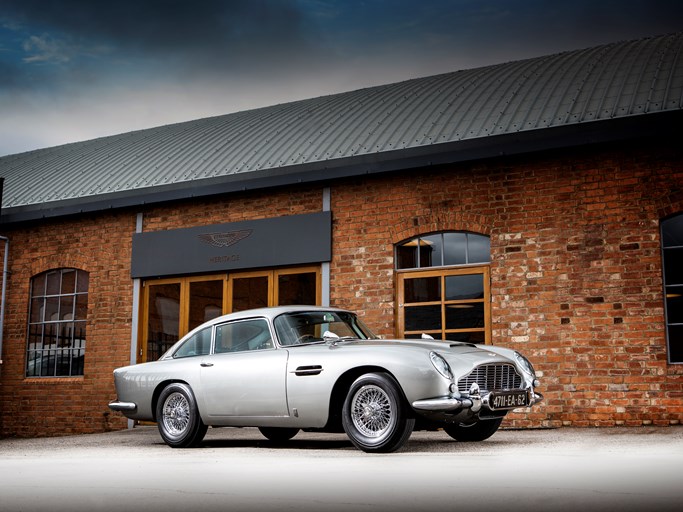 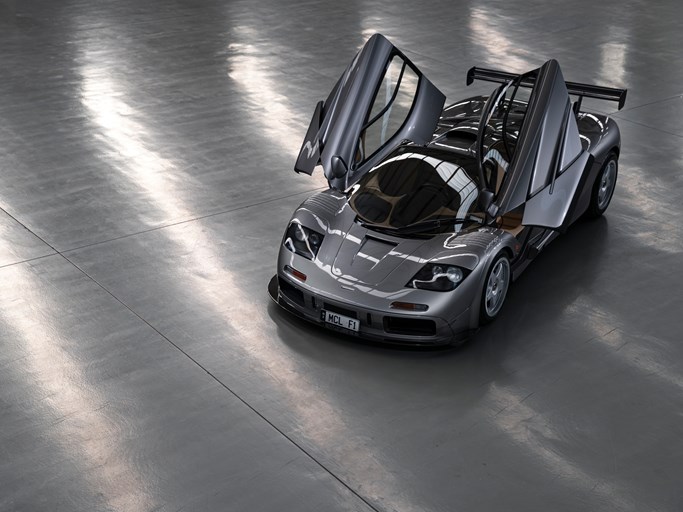 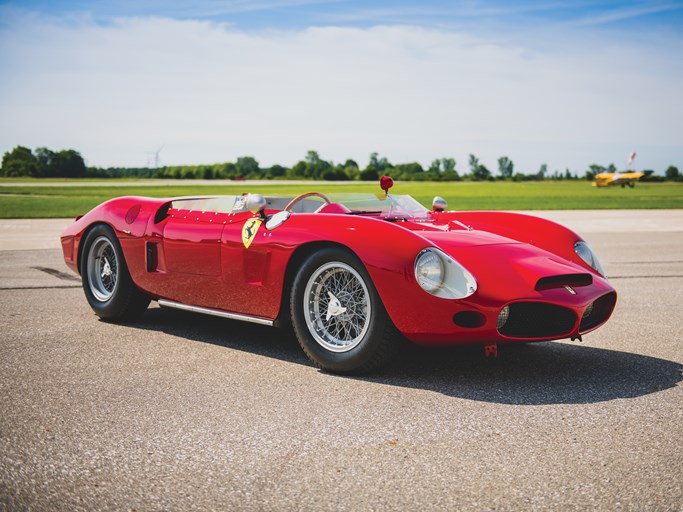 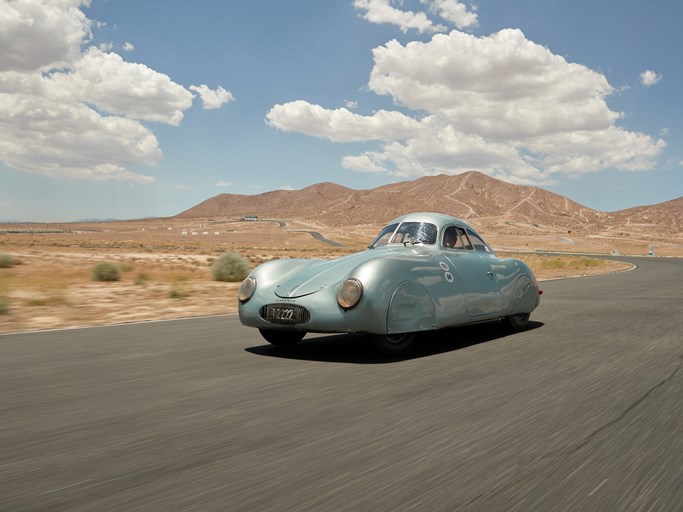 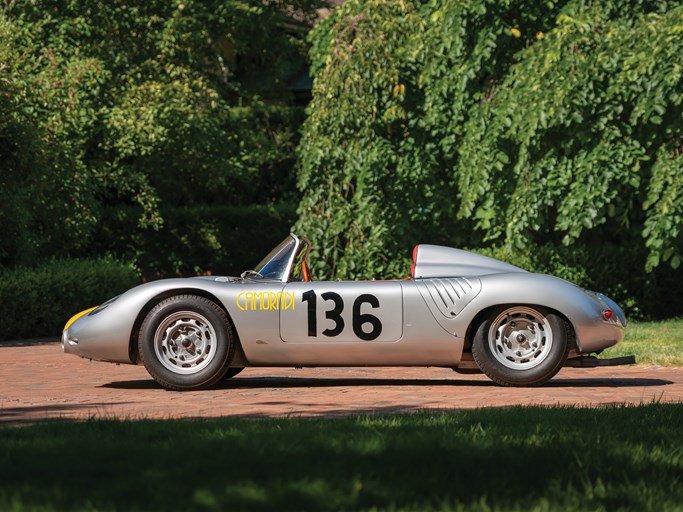 BLENHEIM, Ontario (23 July 2019) – RM Sotheby’s is thrilled to release the complete catalogue for its Monterey auction, set for 15-17 August at the Monterey Conference Center in California. The record-setting sale—which this year features a special third auction night on 15 August, ‘An Evening with Aston Martin’—will present 184 motor cars and a selection of memorabilia, of which 43 lots carry million-dollar-plus pre-sale estimates and of which nearly 45 percent are offered without reserve. Highlight entries are found across all three nights, with standout cars including the James Bond 1965 Aston Martin DB5, the 1953 Aston Martin DB3S Works, the 1994 McLaren F1 ‘LM-Specification’, and the 1939 Porsche Type 64.

“This is without a doubt one of our most significant offerings to date across all auctions,” says Gord Duff, Global Head of Auctions, RM Sotheby’s, of the 2019 Monterey sale. “With the cultural phenomenon that is the Bond DB5, the pedigree of the Works Aston Martin DB3S and Werks Porsche RS 60, the full Ford GT lineup, some of the rarest road and racing Ferraris, the incredible history behind the Type 64, and the legendary performance of the McLaren F1 ‘LM-Spec’, we have assembled some of the most desirable and hard-to-find cars on the planet. This also marks the first time that a modern supercar has led the entire Monterey week offering across all auctions, and we look forward to sharing a memorable weekend with the collector car world in California next month.”

“An Evening with Aston Martin,” held in association with Aston Martin Works, will kick off the Monterey auction on Thursday night, with 34 of the world’s most sought-after road-going and track-ready Aston Martin sports cars crossing the block. Headlining the evening is the highly original DB3S Works, the second Works DB3S ever built. Raced in some of the most prestigious motorsport events of the 1950s, the car was piloted by numerous legendary drivers including ex-Aston Martin team driver Peter Collins, who purchased the car in 1955. The DB3S Works is offered at Monterey as an important piece of Aston Martin’s competition history, remarkably complete with its original chassis, body, and engine (Est. $8,750,000-$10,500,000).

Joining the DB3S Works on Thursday is the full lineup of DB5 variations, led by the much-buzzed-about James Bond 1965 Aston Martin DB5. Dubbed “The Most Famous Car in the World”, the car is one of just two examples purchased by Eon Productions for the promotional launch of Thunderball, fitted with 13 Q Brand specified, fully functional Bond gadgets (Est. $4,000,000-$6,000,000).

Leading the Friday night session is the incredible 1994 McLaren F1 ‘LM-Specification’, considered one of the best examples of history’s most revered modern supercar. Serial no. 018 is one of a mere two cars upgraded by McLaren to LM specifications, equipped with the unrestricted GTR racing engine good for 680hp and an extra High-Downforce Kit. Finished in arguably the most desirable color combo, the F1 comes to Monterey from 12 years of single ownership, during which it was meticulously maintained by McLaren Special Operations and enjoyed as was intended by its creators (Est. $21,000,000-$23,000,000). The McLaren leads a lineup of the hobby’s rarest and most powerful supercars and hypercars set for Monterey.

Also sure to steal the spotlight on Friday are three racing legends: a 1962 Ferrari 196 SP by Fantuzzi, a 1954 Maserati A6GCS by Fiandri & Malagoli, and a 1965 Ford GT40 Roadster Prototype. The final of five surviving Scuderia Ferrari Sports Prototypes constructed for the 1961–62 seasons, the 196 SP boasts fascinating early racing history and retains its matching-numbers engine and gearbox (Est. $8,000,000-$10,000,000). The 25th of 52 total examples built, the A6GCS was campaigned by the Maserati factory team during the 1954 season, at the hands of famed works driver, Luigi Musso, seeing numerous podium and first-in-class finishes (Est. $3,250,000-$3,750,000). The first of just five roadsters built, the highly original GT40 Roadster Prototype leads the complete Ford GT lineage in Monterey and was driven by the likes of such legendary drivers as Carroll Shelby, Ken Miles, and Jim Clark (Est. $7,000,000-$9,000,000).

The final sale evening is highlighted by the oldest car to wear the Porsche name, the 1939 Porsche Type 64. The only surviving original Type 64, the car predates the first production Porsche and is the antecedent of the 356 and Porsche’s historical evolution to come. Driven extensively by the Porsche family, the Type 64 comes to Monterey from the long-term care of just its fourth owner (Est. In excess of $20,000,000).

The Type 64 leads a group of 20 Porsche models presented at RM Sotheby’s Monterey sale, which also includes a 1960 Porsche 718 RS 60 Werks. The final example of just four Werks cars built, the RS 60 was campaigned by the Porsche factory for the 1960 and ’61 seasons and presents an exceedingly rare opportunity to acquire the ultimate iteration of Porsche’s factory aluminum spyder race cars (Est. $5,750,000 - $7,750,000).

For further information on RM Sotheby’s flagship Monterey auction or to view all lots in the complete digital catalogue, please visit rmsothebys.com. Interested bidders are invited to call +1 519 352 4575 to register or to speak with a car specialist.