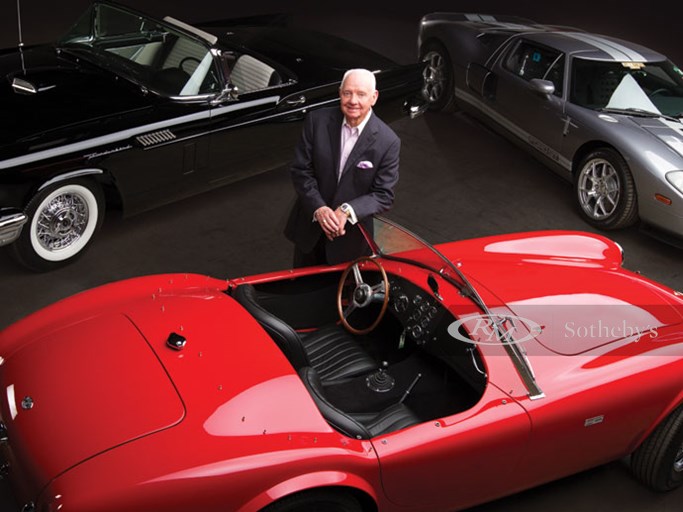 One of the nation’s most influential Ford dealers, Sam Pack, to auction 132 automobiles without reserve, November 14 -15 in Dallas

BLENHEIM, Ontario (November 5, 2014) –  The collector car world will descend on Dallas next week as esteemed car collector and celebrated Texas businessman, Sam Pack, offers 132 vehicles from his prized collection at auction. Presented by RM Auctions with Auctions America, the November 14-15 sale will be held at Mr. Pack’s facility in Farmers Branch.

A lifelong enthusiast, Pack is one of the nation’s most influential Ford dealers, having received a string of industry accolades over the years. Having purchased his first dealership in 1980, his network encompasses 10 dealerships, including four “Five Star Ford” locations in the Dallas-Fort Worth Metropolitan area.

The result of more than a decade of careful acquisition, the “Sam Pack Five Star Collection” features some of the finest and most desirable American automobiles ever produced. From a terrific series of fifties and sixties icons, through to a remarkable collection of Detroit muscle, and an assortment of concepts, street rods, customs and modern collectibles, almost every decade and genre is represented.

“I’ve had a love affair with cars since I was a teenager, it’s in my DNA,” says Pack. “Fortunately, for me, it’s continued through my professional and business career. It’s a passion shared and supported by my family - they get as much joy out of the cars as I do.”

Next week, Pack will bid farewell to 132 vehicles in an effort to downsize the collection to a more manageable level, allowing him to remain active in the hobby. All lots are offered without reserve, selling to the highest bidder.

Illustrating Pack’s generosity, full proceeds from the sale of the collection’s 1970 Ford Mustang Boss 302, along with part proceeds from auction admission, will benefit Holy Angels, a residential and training campus for individuals with intellectual and development disabilities in Shreveport, Louisiana.

For further information or to view the full catalogue visit www.rmauctions.com, or call toll free 800.211.4371.