CAMPAIGNED BY SIR STIRLING MOSS IN PERIOD, RM SOTHEBY’S SECURES ONE OF THE MOST IMPORTANT AND VALUABLE GULLWINGS EVER OFFERED AT AUCTION FOR EXCLUSIVE NEW YORK CITY SALE 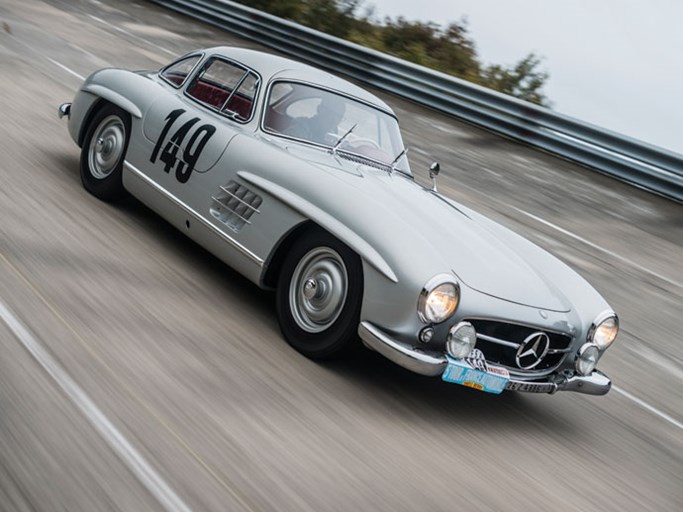 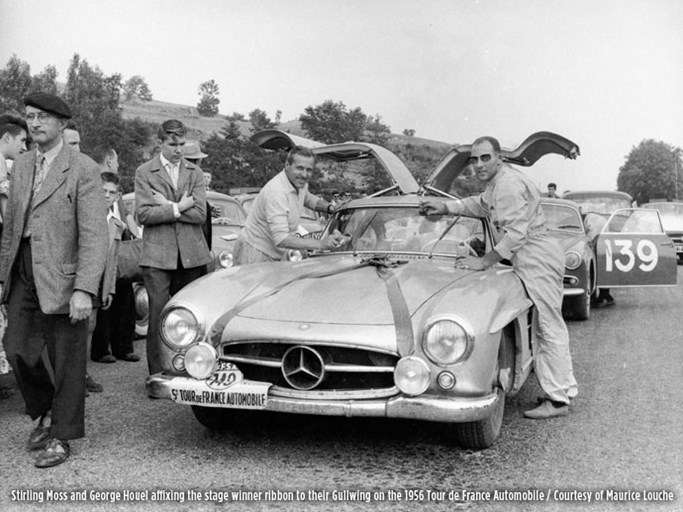 NEW YORK, New York (30 October 2015) – Fresh on the heels of the announcement that it will offer the ex-Fangio, ex-Works 1956 Ferrari 290 MM in New York this December, RM Sotheby’s has released details of another historic automobile with significant racing pedigree for its Driven by Disruption sale: a 1955 Mercedes-Benz 300 SL ‘Sportabteilung’ Gullwing, chassis no. 5500640.

The rarest and most desirable W198 Gullwing ever presented for public auction, the car on offer is one of just four W198 Gullwings prepared by the Sportabteilung for development and competition. Outfitted with a host of special racing features, including a desirable NSL-specification motor with revised camshaft profile, 5500640 was delivered to the competition department on August 27, 1955. Of the four known cars, it spent the longest stretch (13 months) with the Sportabteilung, during which time it was utilized for training and competition purposes.

In September 1956, 5500640 was sold from the Sportabteilung to Bernard Hans Hommel, who financed the car for enthusiast Georges Houel, a friend of Sir Stirling Moss. Houel promptly took the car to Paris to participate in the legendary Tour de France. Wearing #149 and with Moss behind the wheel, the unique Gullwing was entered in the Group B competition-car class, joining a contingent of Group A standard-specification Gullwings. After some early challenges, Moss aggressively drove the Gullwing, ultimately outperforming the eventual winner (the Marquis de Portago and his namesake Ferrari 250 GT) during the final stage of the tour. While the Marquis clinched the podium – he was well ahead on points - Moss made up sufficient time in the 300 SL to place an impressive second overall. The Sportabteilung Gullwing was campaigned by Houel several more times over the subsequent years, placing third at the 1956 Coupes du Salon and fifth at both the Rallye d’Automne and the “10,000 Corners” Tour de Corse.

In 1966, the featured 300 SL came into the possession of the father of its current owner. A longtime Gullwing enthusiast, he had been entranced as a boy by an early W198 Gullwing show car at the 1955 Paris Salon, and was thrilled to finally acquire his dream car. After a year of regular use, limited time led him to put the car into storage for the next 40 years. In 2008, 5500640 eventually came into the ownership of his son – the vendor – who commissioned a three-year preservation restoration to authentic TdF specifications.

Spectacularly presented in its 1956 TdF livery, 5500640 comes to market this December for the first time in over 50 years after single family ownership since 1966. One of just two known examples of the original four Factory-competition W198 Sportabteilung cars, it presents an exclusive ownership opportunity for discerning collectors (Est. $5,000,000 - $7,000,000).

“This car illustrates an important and lesser-known chapter in the Gullwing racing legend,” says Alain Squindo, Vice President, RM Sotheby’s. “Not only is it rarer than the ever desirable alloy-bodied Gullwings, but its desirability is amplified by its astonishing provenance – none other than Sir Stirling Moss drove the car to a second place finish at the ’56 Tour de France, beaten only by de Portago in his Ferrari, which RM sold for a world record $13.2 million in Monterey earlier this year. It begs the consideration of any serious collector in search of the ultimate Gullwing for their stable.”

For further information on RM Sotheby’s Driven by Disruption sale, or to view a frequently updated list of entries, please visit www.rmsothebys.com or call +1 519 352 4575.  As a prelude to the auction, an exclusive six-day exhibition will open over the weekend of December 5 in Sotheby’s 10th floor galleries.