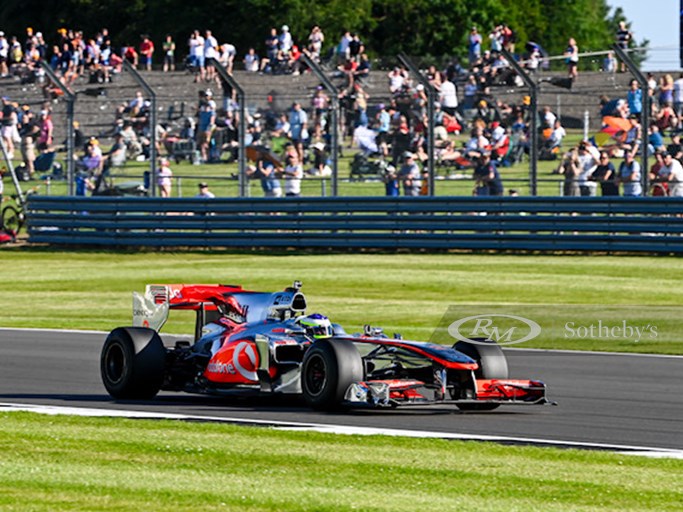 A 2009 McLaren MP4-24 Mercedes is driven around the circuit 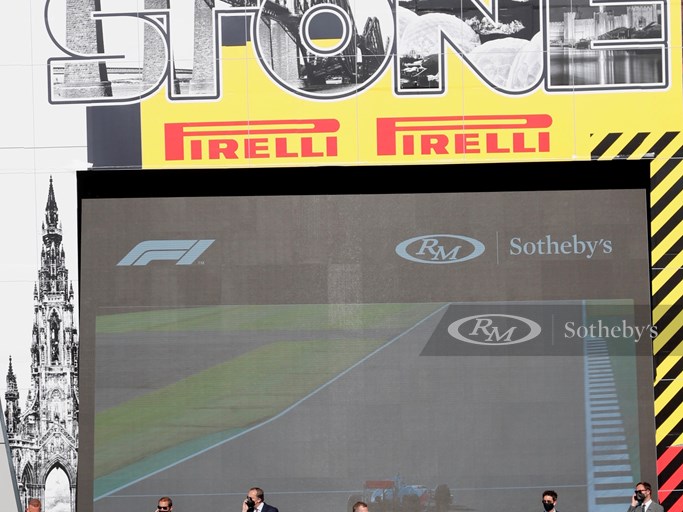 No Lewis Hamilton F1 car has ever been offered for public sale, making the auction a unique event in an even more unique setting, and which saw the car achieve a near-record price for a F1 car at auction, second only to the previous Sotheby’s record for Michael Schumacher’s 2001 F2001 which sold for £5,449,607.43 in 2017. The McLaren MP4-25A, chassis no. 01, was a key chassis in Vodaphone McLaren Mercedes’ 2010 season campaign, a year which ultimately saw the historic British team secure 2nd place overall in the Constructors Standings. As well as taking Hamilton to victory in Turkey, chassis no. 01 also took Lewis Hamilton to the Fastest Lap and a 2nd place finish in the 2010 FORMULA 1 CHINESE GRAND PRIX. Additionally, the chassis also took Jenson Button to a 3rd place podium finish in the season’s final race in Abu Dhabi.

This remarkable car attracted significant interest from collectors around the world wishing to acquire an important piece of motorsport and F1 history, driven to victory by the Sport’s most successful ever driver. The car is fully race prepared by McLaren Racing’s Heritage team, and ran its demonstration laps fully supported by McLaren and Mercedes technicians. Powering its way around the Silverstone circuit in the hands of McLaren test driver, Rob Garofall, the excited crowd were witnessing auction history and reveled in the sound the mighty Mercedes Benz 2.4 litre V8 engine. Bids for the car were received online, on the telephones and in person at Silverstone.

‘What an incredible experience it has been to conduct this auction of this incredible car in such remarkable and unique circumstances. We are deeply thankful to the entire team at Formula 1 who made it possible for us to sell the car at the British Grand Prix and in the privileged surroundings of the F1 winners’ podium that has hosted so many legends of the sport. We knew this was a unique opportunity for a collector to acquire an extremely important racing car, and I believe the result is testament to that.”

“It is not often that a car as special as this comes to market, from the start we knew it truly represented an unrepeatable opportunity. RM Sotheby’s is fortunate to have an ongoing partnership in place with Formula 1, and so we always hoped to provide a unique environment in which to present the McLaren and to conduct the auction while the car was at speed was a true first. Sir Lewis Hamilton’s achievements in the sport are so remarkable that they may never be bettered, and so cars with which he is associated are likely to be the most coveted in the decades to come. We are delighted that this fantastic car has found a new home and we hope it see on the track again in the near future.”