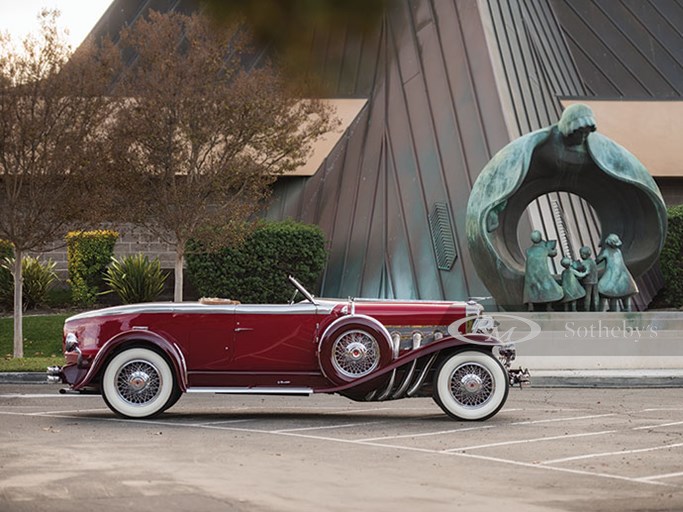 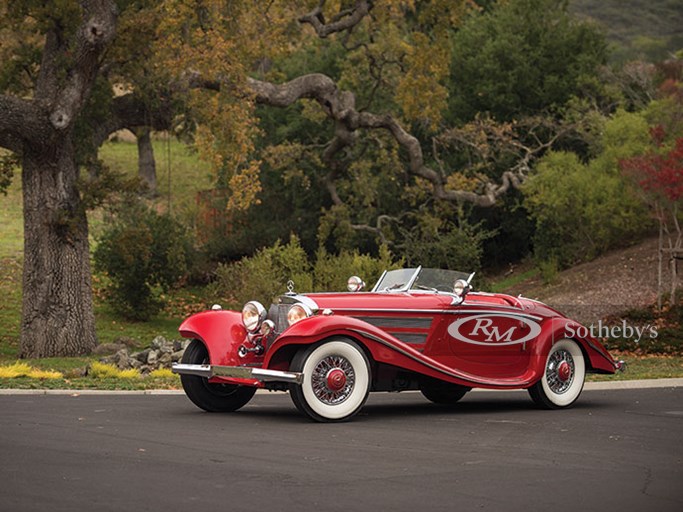 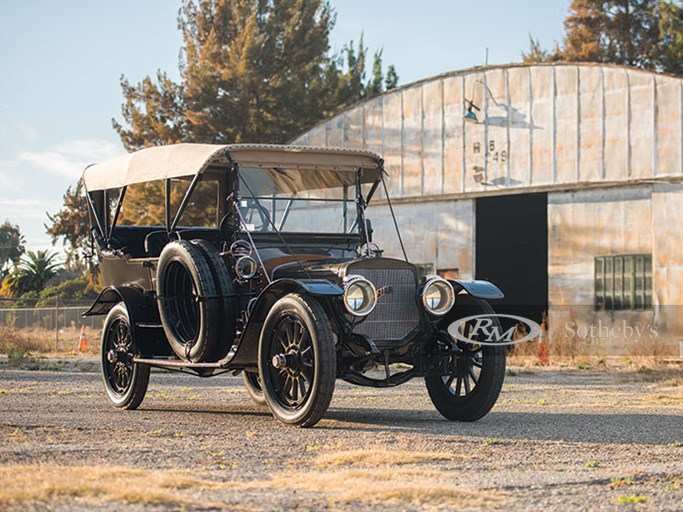 Darin Schnabel ©2015 Courtesy of RM Sothebys
BLENHEIM, Ontario (January 6, 2016) – Following a banner* 2015, RM Sotheby’s is proud to announce a spectacular series of final entries for its first event of the New Year— its 17th annual Arizona sale, January 28 – 29 at the Arizona Biltmore Resort & Spa. The group is headlined by an exceptional 1937 Mercedes-Benz 540 K Special Roadster, a car of unparalleled elegance, which is expected to fetch eight figures when it goes under the gavel in Phoenix.
One of the most prestigious and beautiful automobiles of the interwar years, the Special Roadster is the ultimate Mercedes-Benz 540 K; its combination of power, light weight, and sheer beauty made it the master of the road, while its extravagant price tag guaranteed exclusivity among owners, features that remain true today. The example on offer, chassis no. 130894, is one of the earliest of the breed, and one of very few built in the most desirable configuration of high doors, long tail and factory left-hand drive. An original U.S.-delivery car with known history from new, the first owner of 130894 has long been believed as Reginald Sinclaire of Larkspur, Colorado, heir of Henry Purdon Sinclaire, one of the founders of Corning Glass. Sinclaire was no stranger to luxury automobiles, with the 540 K joining an impressive stable of vehicles he owned and remaining in his possession through the mid-50s.  Over the ensuing years, the Special Roadster on offer was the centerpiece of some of the world’s most prominent collections, including previous ownership by E.W. Price and later, Axel Wars, before making its way to its current custodian in 1989.
Presented in wonderful, restored condition and with a mere 10,277 miles on its odometer, 130894 is offered in Arizona following 26 years in single ownership. Eligible for the world’s most prestigious events, it is estimated to bring more than $10 million when it crosses the RM Sotheby’s stage later this month, making it among the most valuable automobiles on offer during this year’s Arizona auctions, and indeed, ever presented in Arizona auction week history**.
“In the world of luxury automobiles, the 540 K is a car with few peers and effortlessly checks all the boxes when it comes to collectability, namely extreme beauty, power and rarity,” says Ian Kelleher, Managing Director, RM Sotheby’s West Coast Division. “Very few Special Roadsters were built in this most desirable configuration of high doors, long tail, and factory left-hand drive, of which only six are believed to exist today. These cars are held in esteemed collections and rarely come to public market— when they do, few rival the provenance of the Sinclaire 540 K. The fact that it is coming to market for the first time in decades makes its offering all the more special and sets the scene for a very exciting auction at the Biltmore.”
In addition to the Sinclaire 540 K, another feature attraction of RM Sotheby’s Arizona sale is the presentation of 12 motor cars from the esteemed Craig McCaw Collection, some of which will be sold to support the REVS Institute, Stanford University and other charities, including The Nature Conservancy. The selection is wide and varied, both historically and in terms of significance, highlighted most notably by a stunning 1911 Lozier Model 51 Seven-Passenger Touring, chassis no. 3574. Formerly part of the Henry Ford Museum and Ken Pearson Collection, 3574 boasts just four owners in its 105 years. A reliable and well-maintained veteran of no fewer than 77 tours, it is among the finest Loziers and greatest Brass Era touring cars in existence (Est. $900,000 - $1,100,000). The group also includes an exceptionally original 1949 Jaguar XK 120 Alloy Roadster, chassis no. 670047, reportedly the third XK120 sold in the United States, purchased new and owned for 46 years by legendary designer and enthusiast, Brooks Stevens (Est, $350,000 - $450,000). Additional notable entries from the collection include a very rare, aluminum-skinned 1913 Pierce-Arrow Model 48-B-1 Five-Passenger Touring, chassis no. 10431 (Est. $400,000 - $600,000); a well-optioned and flawlessly restored 1967 Porsche 911 S Coupe, chassis no. 307557 (Est. $250,000 - $300,000); and a 1959 Austin-Healey Sprite Mk 1 “Think Pink”, chassis no. AN5L/16468, the 1963 SCCA H/Production Champion, driven by the famed Donna Mae Mims (Est. $40,000 - $60,000).
In total, RM Sotheby’s will present some 149 blue-chip automobiles at its two-day Arizona sale, with auction vehicles available for advance preview at the Biltmore from January 27. Among a long list of additional feature attractions are a 1929 Duesenberg Model J Disappearing Top Torpedo Convertible Coupe, J-414, one of just six original examples built and featuring a one-off tail design and numerous unique features (Est. $3,000,000 - $3,500,000); and a 1962 Maserati 5000 GT Coupe, chassis no. AM103 040, one of just 20 Allemano-bodied 5000 GTs and widely considered as one of the most significant and glamorous road-going Maseratis (Est. $1,500,000 - $2,000,000).
A complete list of entries for RM Sotheby’s Arizona Biltmore sale can be found in the digital catalogue, now available online at www.rmsothebys.com. Additional event details are available by calling +1 519 352 4575.
{{controller.successMessage}}
Close