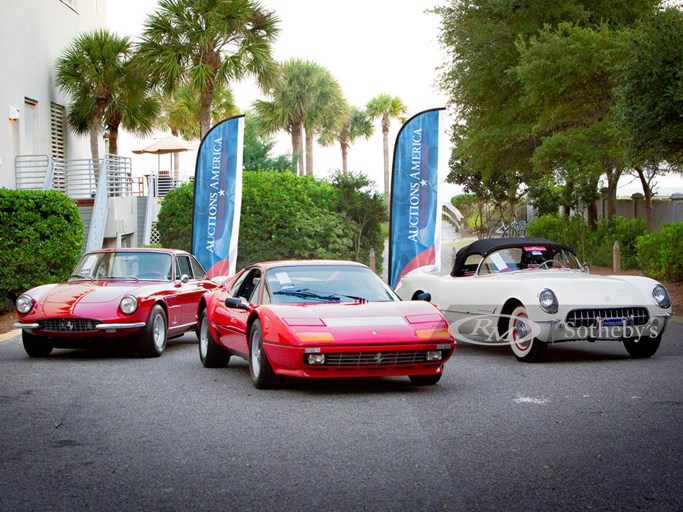 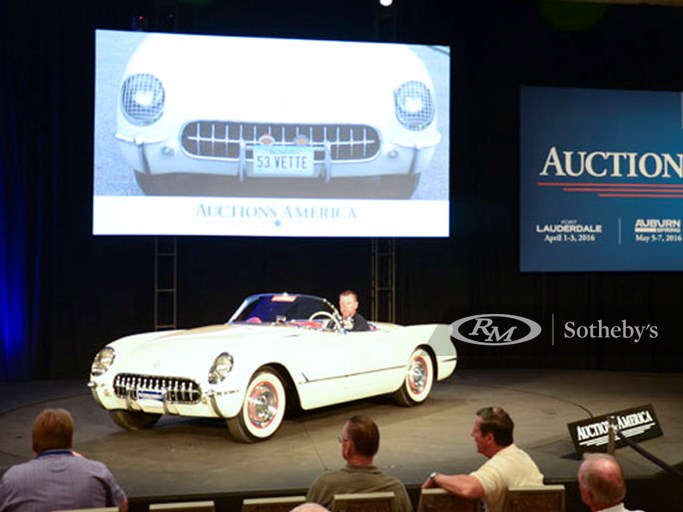 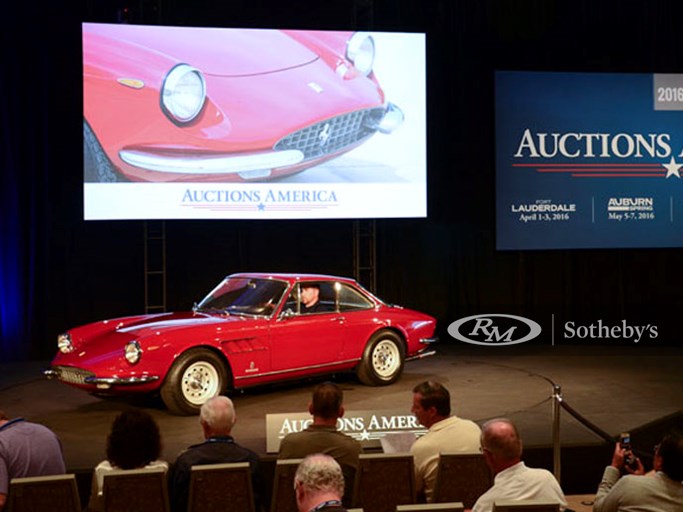 HILTON HEAD ISLAND, South Carolina (November 3, 2015) – Auctions America concluded its 2015 collector car season on a high note this past weekend (October 31), generating in excess of $5.4 million* in sales at its debut sale at Hilton Head Island, South Carolina. A highlight of the 2015 Hilton Head Island Motoring Festival & Concours d’Elegance, the boutique afternoon auction saw 95 blue-chip automobiles and select automobilia cross the block before a standing-room only crowd. Demonstrating the event’s widespread draw, bidders hailed from six countries and 29 states from across the U.S.

“We enjoyed a fantastic few days in South Carolina and are pleased with the results generated by our inaugural Hilton Head Island sale,” says Megan Boyd, Car Specialist, Auctions America. “Strong interest in the auction vehicles during the preview translated into some great prices and lively bidding at Saturday’s sale. We were particularly thrilled by the widespread interest and participation in the auction; 45 percent of bidders represented new clients to Auctions America. It was a great hobby weekend and provided a fantastic close to our 2015 season.”

Top sale honors at Saturday’s auction went to a beautifully presented 1967 Ferrari 330 GTC, a well-sorted example of one of the marque’s classic 12-cylinder touring cars. Glistening under the auction lights, the classic Rosso over Black Ferrari attracted bids from multiple collectors in the room and on the phones before selling for a final $638,000. It led a superb roster of European sports cars at the event, including a 1984 Ferrari 512 BBi, just 3,600 miles from new, which garnered $360,250, and an exceptionally original 1989 Lamborghini Countach 25th Anniversary Edition, which sold for $343,750.

Highlighting American-built automobiles, a 1953 Chevrolet Corvette returned to Hilton Head Island after claiming Best of Show honors at the 2009 Concours d’Elegance. The iconic Vette provided one of the most exciting auction moments of the weekend, spurring a heated bidding contest between a bidder in the room and on the phone, to well-exceed its high-estimate at $379,500.

The auction acted as the perfect prelude to the Hilton Head Island Concours d’Elegance on Sunday, which rounded out a wonderful hobby weekend in South Carolina. Full results from the concours are available at www.hhiconcours.com.

“The natural next step for our event was the addition of a classic car auction,” said Carolyn Vanagel, President of the Hilton Head Island Motoring Festival.  “There was a lot of excitement about partnering with Auctions America and we were thrilled to add their Hilton Head Island Auction to our 2015 schedule of events, and to see them enjoy such positive results.”

Following a great 2015, Auctions America will proudly kick off its 2016 auction season in Fort Lauderdale, Florida, April 1 - 3. Regarded as South Florida’s premier collector car auction, the event will celebrate its 14th year in 2016 by lifting the gavel on approximately 500 collector cars. Auctions America’s full 2016 schedule will be announced in the coming weeks.

*Results are listed in USD and include 10 percent buyer’s premium for automobiles and 15 percent for automobilia.

Formed in July 2010, Auctions America specializes in the sale of American classics, European sports cars, Detroit muscle, hot rods and customs. Headquartered at the historic Auburn Auction Park in Indiana, Auctions America boasts an expert team of full-time car specialists, who offer over 180 years of combined experience buying, selling, racing and restoring collector vehicles, making them uniquely qualified to advise on all aspects of the hobby. The company’s established roster of annual events are held in some of the country’s leading automotive destinations including Auburn, Indiana; Fort Lauderdale, Florida; Santa Monica, California and Hilton Head Island, South Carolina. To learn more about Auctions America, visit auctionsamerica.com, find us on Facebook or follow us on Twitter and Instagram @auctionsamerica.