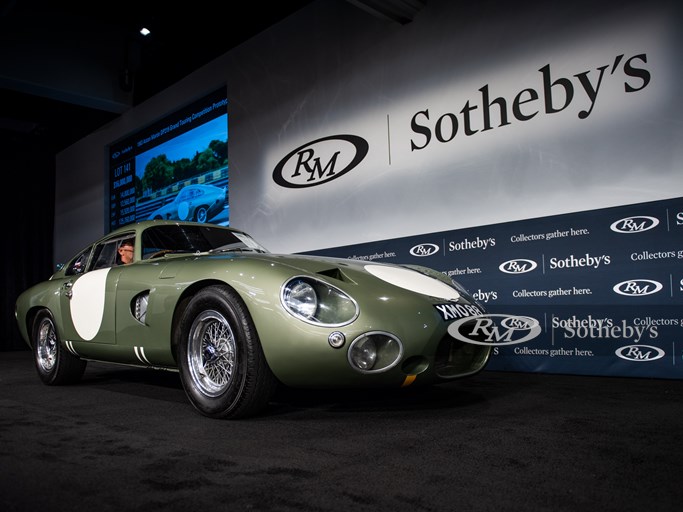 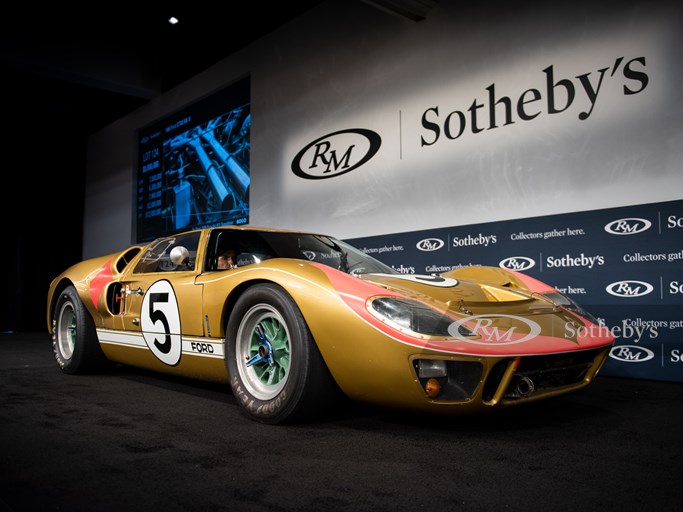 Developed specifically to contest the 24 Hours of Le Mans, DP215 was the pinnacle achievement for Aston Martin’s racing program. The last competition car built during the David Brown era, the car raced at Le Mans in 1963 with Phil Hill and Lucien Bianchi behind the wheel, where it became the first automobile to break the 300 kph barrier at the event. Restored with the consultation of original designer Ted Cutting, DP215 has been reunited with its original engine and a new correct-type gearbox, and was presented in Monterey by enthusiastic owners Neil and Nigel Corner. After drawing significant attention in the lead up to the Monterey auction and during pre-sale exhibition, DP215 was the subject of a ten minute contest drawing four bidders in the room and on telephones. However, it was two determined collectors bidding through RM Sotheby’s specialists who drew gasps from the packed salesroom as increment-breaking bids were called out in an attempt to secure the car which eventually sold with applause to a private collector.

RM Sotheby’s announced that the company will be partnering with Aston Martin in 2019, presenting an additional Thursday night auction during next year’s Monterey weekend, dedicated specifically to Aston Martin. As the official auction partner of Aston Martin, RM Sotheby’s will celebrate the marque’s 1959 win at Le Mans with an offering of the finest road-going and track-ready cars from its illustrious history. Additional information will be announced in the months ahead.

Additional highlights from the Friday evening sale session include in the 1966 Ford GT40 Mk II, chassis no. P/1016, which achieved $9,795,000 on the podium. The GT40 was part of the iconic trio of GT40s that earned first, second and third for Ford’s clean sweep at the 1966 24 Hours of Le Mans. Day one further proved the strength of important American automobiles from all eras with a commanding $3,745,000 for the 2015 Pebble Beach Concours d’Elegance Best of Show winning 1934 Packard Twelve Individual Custom and  $1,820,000 achieved for the 1948 Tucker 48, one of just 47 examples extant.

DP215 led the Friday session of RM Sotheby’s most historic Monterey offering to date,. The auction continues Saturday, 25 August at the newly renovated Monterey Conference Center, headlined by the presentation of a 1962 Ferrari 250 GTO, poised to become the most valuable automobile ever sold at auction. Official results will be available following the sale. For further information on the Monterey auction, please visit rmsothebys.com.