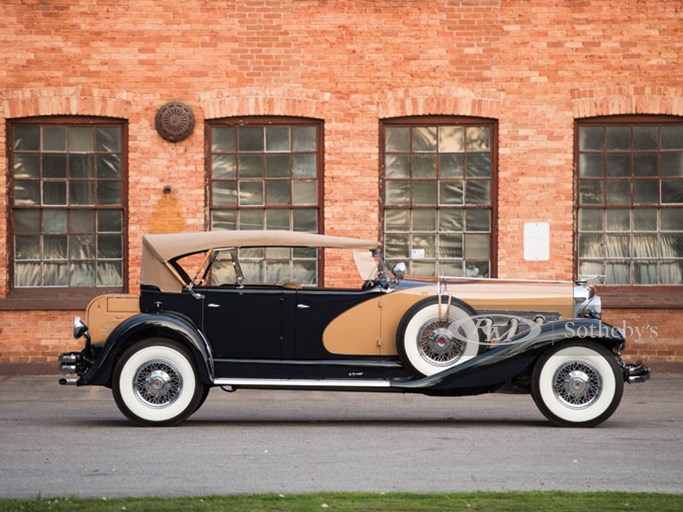 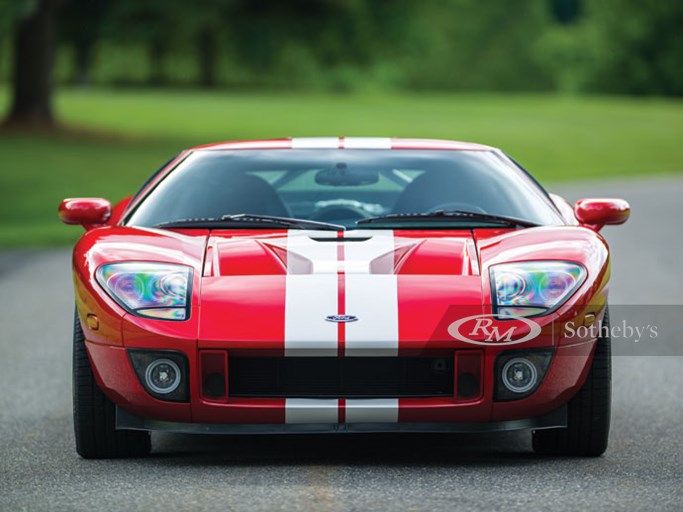 BLENHEIM, Ontario (July 2, 2015) – RM Sotheby’s, the world’s largest auction house for investment-quality automobiles, is counting down to the return of its well-established Motor City sale, July 25 in Plymouth, Michigan. A highlight of the Concours d’Elegance of America at St. John’s weekend, the two events combine to provide a wonderful illustration of the passion that drives the collector car hobby. In keeping with tradition, star lots for RM’s Motor City sale shine a spotlight on American design and engineering, with iconic automobiles of both the Classic Era and modern high-performance slated for the podium. Highlights are led by a pair of immediately recognizable supercharged cars from very different eras; a 1935 Duesenberg Model SJ Dual-Cowl Phaeton and a 2005 Ford GT.

From the 1910s through until the 1930s, it was not uncommon for a wealthy owner to have a favorite coachbuilt body that would be moved to a new chassis every few years rather than buy an entirely new automobile at tremendous cost. Duesenberg Motors President Lucius B. Manning was no exception and had at his disposal a “sweep panel” dual-cowl phaeton built under the LaGrande label that he used on no fewer than four Model J Duesenberg chassis, including the car on offer at Motor City. Years later, the chassis was sold to collector Hubert Fischer, who commissioned a recreation of Mr. Manning's original LaGrande body. Cosmetically restored to the highest standard, and boasting a recently rebuilt, upgraded SJ-specification engine, this award-winning Duesenberg Model SJ Dual-Cowl Phaeton, engine no. J-562, would be warmly welcomed in any number of club circles (Est. $850,000 - $1,100,000).

Fast-forward to iconic American cars of more recent times, and you’ll find the Ford GT. Built to celebrate Ford’s 100th anniversary, the GT is immediately identifiable as a modern version of the company’s Le Mans-winning GT40 of the 1960s. The 2005 Ford GT on offer, chassis no. 095, is presented in virtually new condition, finished in Mk IV Red, equipped with all four factory options, and showing just 370 miles. The most incredible of modern American supercars, it will be offered in Michigan, where it was born and bred (Est. $300,000 - $350,000).

“For more than a century, America’s Midwest has been responsible for some of the world’s greatest automotive design, and, reflected in the diversity of this year’s offering, our Motor City event continues to be a fantastic showcase for this evolution of the American automobile,” says Gord Duff, Car Specialist, RM Sotheby’s. “As the official auction of the Concours d’Elegance of America, together the events provide a relaxed weekend for enthusiasts, while also doubling as a great introduction to the exciting collector car hobby.”

A longstanding summer tradition for collectors, RM Sotheby’s Motor City auction has carved a reputation over the past two decades as one of the leading events honoring the American automobile. Held at the Inn at St. John’s, the 2015 sale will lift the gavel on an exceptional roster of 80 vehicles, representing nearly a century of automotive history. For further information and to view the complete digital catalogue, please visit www.rmsothebys.com or call +1 519 352 4575.

Images are available upon request

About the Concours d’Elegance of America at St. John’s

The Concours d’Elegance d America at St. John’s is dedicated to the preservation and historical relevance of prestigious world-class automobiles. Through our yearly exhibition of automotive design, craftsmanship and history, we strive to provide the community at large with a visual, artistic and educational perspective of the classic world of automobiles.

The Concours d’Elegance of America at St. John’s continues the tradition of exhibiting prestigious collector cars and also offers an automotive art exhibit, a vintage car auction, motoring tour, Autobahn Night, the Italian Happening and many other social events. In 2011, this world-class event moved to the beautiful grounds of the Inn at St. John’s in Plymouth, Michigan.

For more information on the Concours of America, please contact