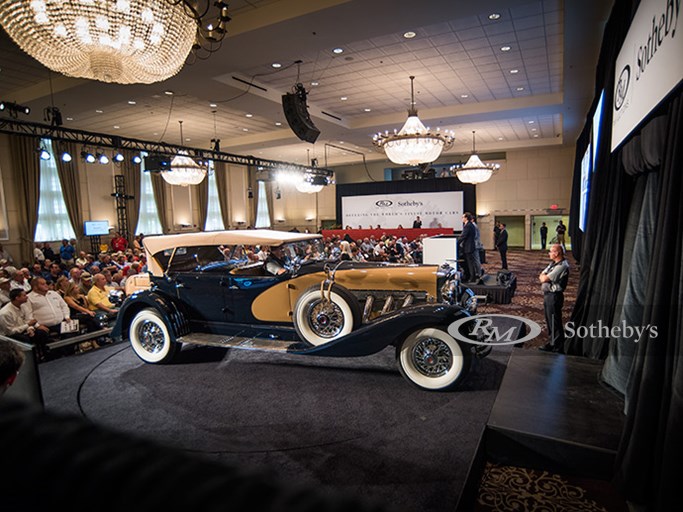 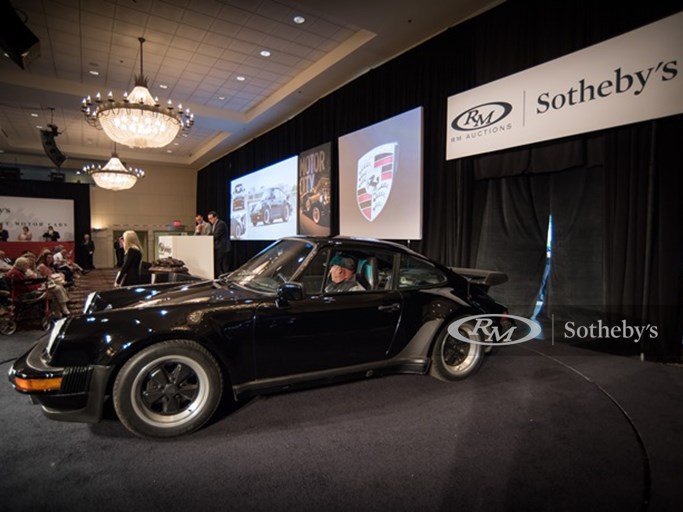 Returning as the official auction of the Concours d’Elegance of America at St. John’s, RM’s 21st annual auction in the Detroit area saw fantastic weather for the Friday open-air preview, followed by spirited bidding in both the room and over the phone at the Saturday sale. Interest was received from 30 states across the country, as well as from as far afield as Australia, New Zealand, and Argentina, with nearly 25 percent of bidders representing new RM Sotheby’s clientele.

American classics led the charge at the 3.5 hour auction, with handsome 1930s examples commanding strong prices to secure the top three sales of the day. The star of the auction, a striking 1935 Duesenberg Model SJ Dual-Cowl Phaeton, originally owned by Duesenberg Motors President Lucius B. Manning, realized $852,500 after competition from numerous bidders on the phone and in the ballroom. The Motor City-made 1933 Packard Twelve Individual Custom Sport Phaeton awed the packed auction room with its stunning looks, achieving $583,000 to applause from the crowd. Rounding out the top three, an award-winning 1934 Auburn Twelve Salon Speedster far exceeded pre-sale expectations at a final $506,000.

“This year’s sale has once again proven that Motor City is one of the leading events celebrating the American automobile, and a fantastic venue for pre-war classics,” says Gord Duff, Car Specialist, RM Sotheby’s. “The top three results are reflective of the solid prices we’ve seen throughout 2015 for beautifully restored, concours-quality American Classics, and all three are a perfect fit for the Concours weekend.”

RM Sotheby’s continues its busy summer calendar with the return of its flagship Monterey, California sale, August 13 – 15. Extended to three days in 2015, the highly anticipated auction will lift the gavel on approximately 150 blue-chip collector cars. The digital catalogue for RM’s traditional Friday / Saturday Monterey sales, as well as that for The Pinnacle Portfolio, an unprecedented private collection to be presented August 13, is available for viewing at www.rmsothebys.com. The company will conclude its summer calendar, September 7 with the presentation of its annual London sale, the official auction of the UK’s Concours of Elegance.