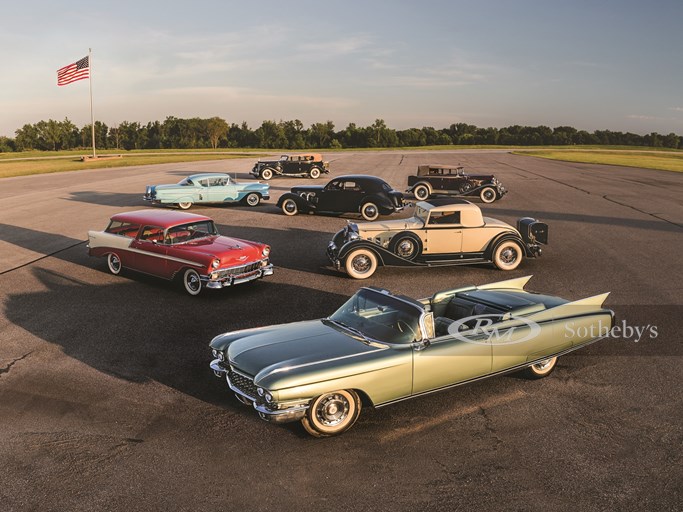 A snapshot of highlights from within The Ed Meurer Collection 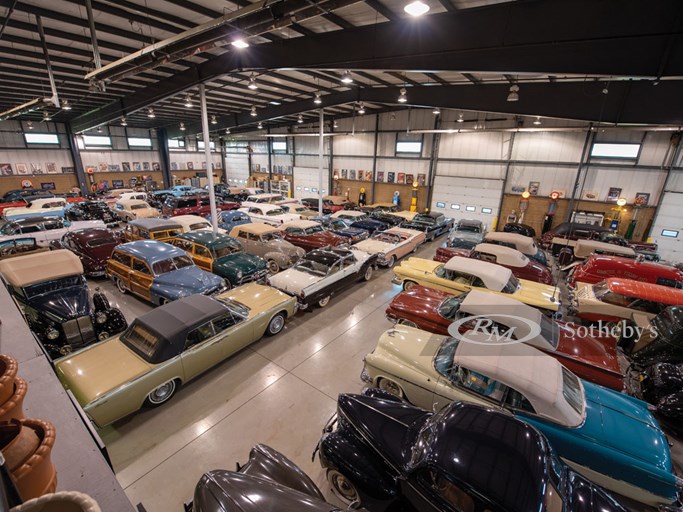 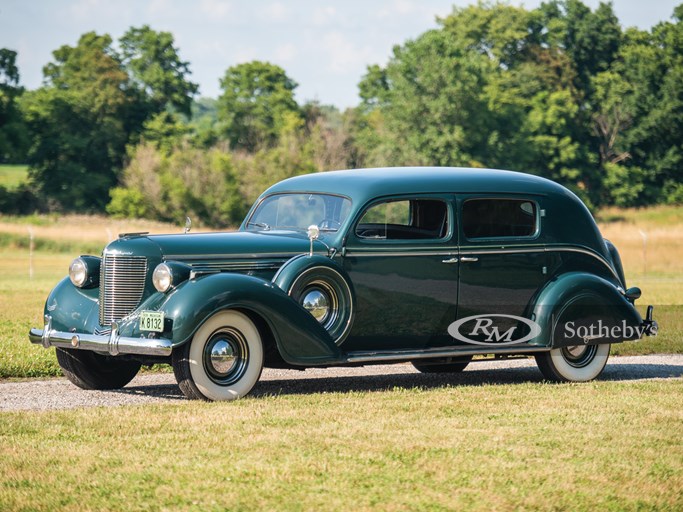 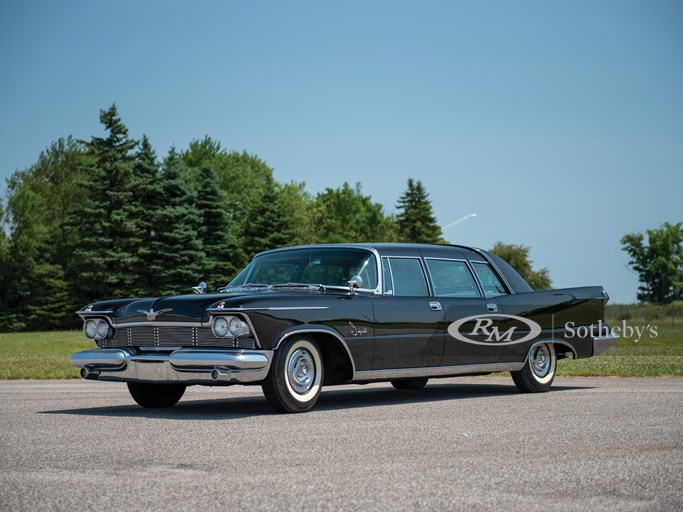 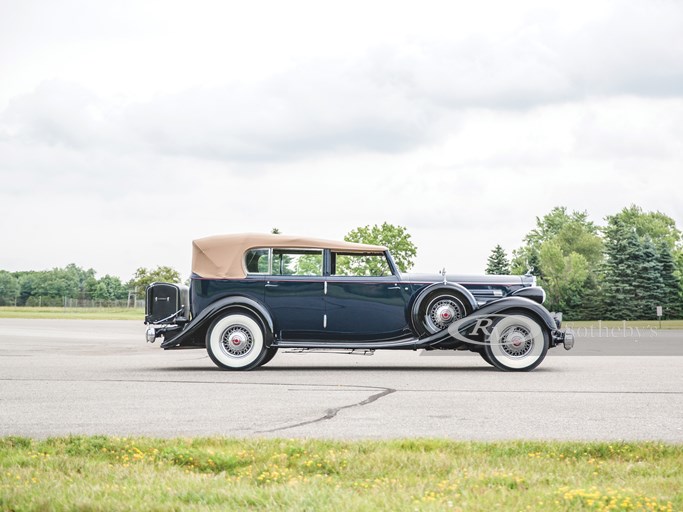 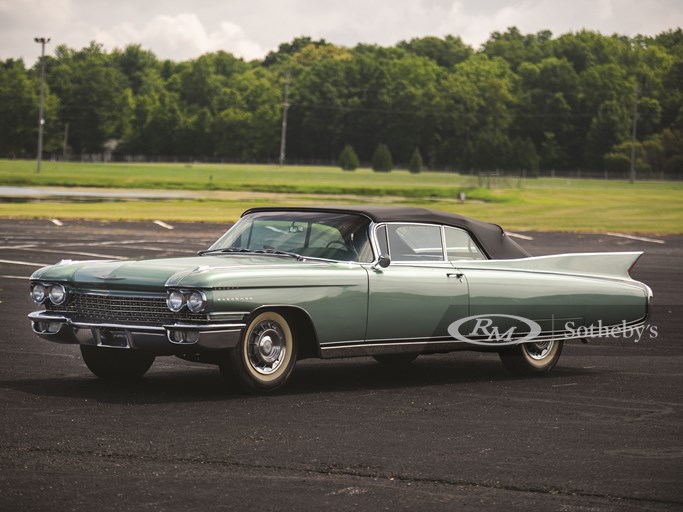 BLENHEIM, Ontario (26 July 2019) – RM Auctions is delighted to announce that it will present The Ed Meurer Collection of Detroit, Michigan, almost entirely without reserve, at its annual Auburn Fall sale, held on Thursday, 29 August – Sunday, 1 September during the renowned Auburn Cord Duesenberg Festival, with the collection crossing the block during the Friday sale session.

Ed Meurer, Jr. bought his first classic car, a worn and paint-chipped 1936 Ford Cabriolet, in 1958 and meticulously restored it over four years to concours condition. It was the acquisition and successful restoration of this car that ignited his passion and led him to begin collecting Fords of the 1930s, which he admired in his youth, and later expanded his collection to comprise a range of classics, with marques including Cadillac, Buick, Chrysler, Packard, Nash cars, Studebaker, and Jaguar.

In 2001, Ed built an extension to his publishing company in Metro Detroit large enough to house his entire collection of antique vehicles and memorabilia, inadvertently becoming the fifth largest private collector car museum in Michigan. By 2015 his collection had expanded to more than 90 motor cars, consisting largely of fine American classics spanning the 1930s to 1980s, and 4,000 sq. ft. of memorabilia, including vintage neon signs, gas pumps, and rare automobile parts. Well known and respected in hobby circles, Ed's garage became a must-see destination for dozens of car clubs wishing to marvel at his eclectic car collection.

Offered publicly for the very first time, The Ed Meurer Collection represents over 60 years of passion. Standouts within the collection include two rarities boasting unique histories, the 1938 Chrysler Custom Limousine by LeBaron and the 1958 Imperial Crown Limousine by Ghia. Powered by an inline eight-cylinder engine married to a manual transmission, the Chrysler Limousine was ordered new by Joseph P. Kennedy, father of President John F. Kennedy, and used in London between 1938 and 1940 while he served as U.S. Ambassador to Great Britain. Fitted with a host of exterior and interior options and finished in attractive dark green, the custom limo would shine in any American classics or pre-war motor car collection. One of only 31 built, the 1958 Imperial Crown Limousine by Ghia is believed to have been purchased new by the prominent Eaton family of Toronto, owners of Eaton’s department store chain. Personal friends of the British royal family, the Eatons often hosted Queen Elizabeth II on her visits to North America. It’s understood the family loaned the Queen and her staff two cars during her trip to Canada in 1959. This car is believed to be one of the two, primarily used for the evening and more formal events. Purchased by Ed Meurer in the early 1990s, the car has since been beautifully restored and is one of the finest examples in existence.

Other highlights comprise a 1935 Packard Twelve Convertible with stunning coachwork by Rollston; incredible full classics, including a 1931 Auburn Phaeton, a 1937 Cord 812 Beverly, and a 1930 Cadillac V-16 Seven-Passenger Imperial Sedan; a 1956 Continental Mark II, one of the most expensive cars in its day; a beautiful group of Ford Woodie station wagons; and even Chrysler’s iconic, luxury letter car series.

After visiting The Ed Meurer Collection, Gord Duff, Global Head of Auctions, RM Sotheby’s Group, said: “This collection is an incredible historical work built over more than six decades and featuring some of the finest American pre- and post-war cars. We’re thrilled to bring these important, interesting classics from such a renowned collector to Auburn Fall this year.”

Additional information on RM Auctions’ Auburn Fall sale is available at rmsothebys.com. A selection of cars from The Meurer Collection, including the 1960 Cadillac Eldorado Biarritz Convertible and the 1935 Packard Twelve Convertible will be available for advanced viewing at the 2019 Concours D'Elegance of America on 26-28 July at The Inn at St. John’s in Plymouth, Michigan. To speak with an RM specialist or to register to bid at the Auburn Fall sale, please call +1 519 352 4575.