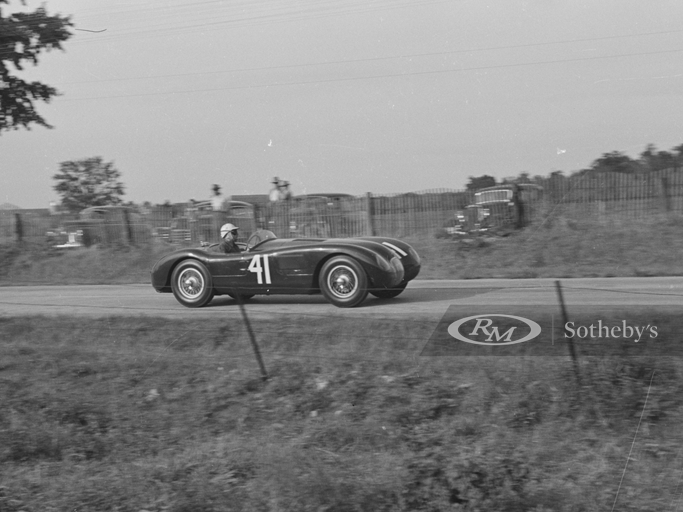 Phil Hill at the wheel of XKC 007 en route to victory at Elkhart Lake in September of 1952, the first race win for a C-Type in the United States (Cerdit - Courtesy of the REVS Institute for Automotive Research) 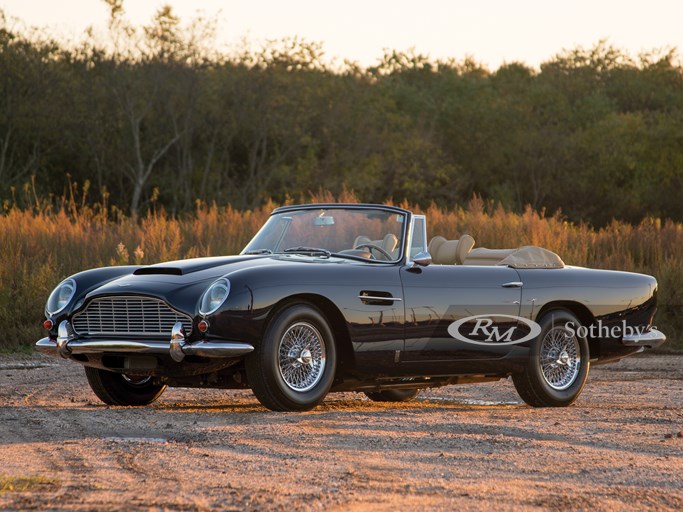 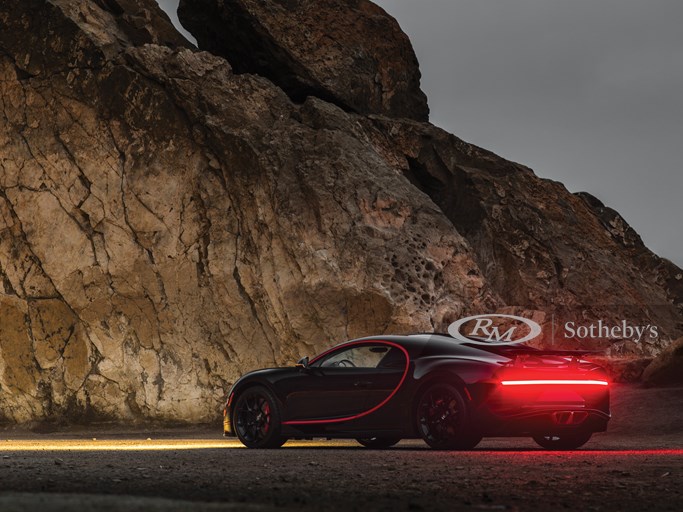 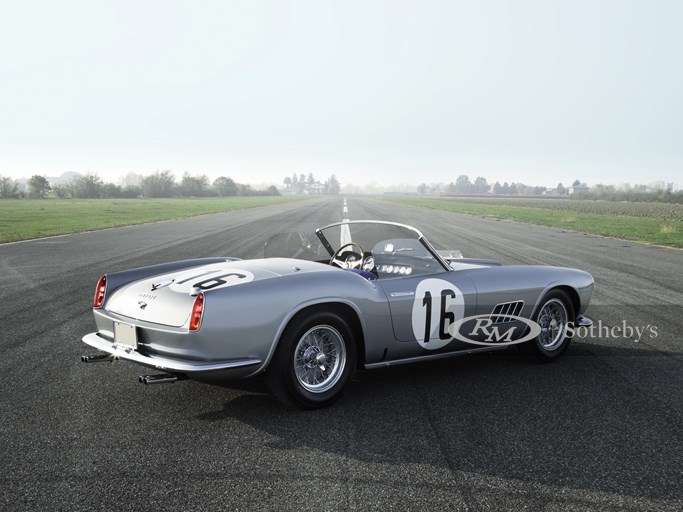 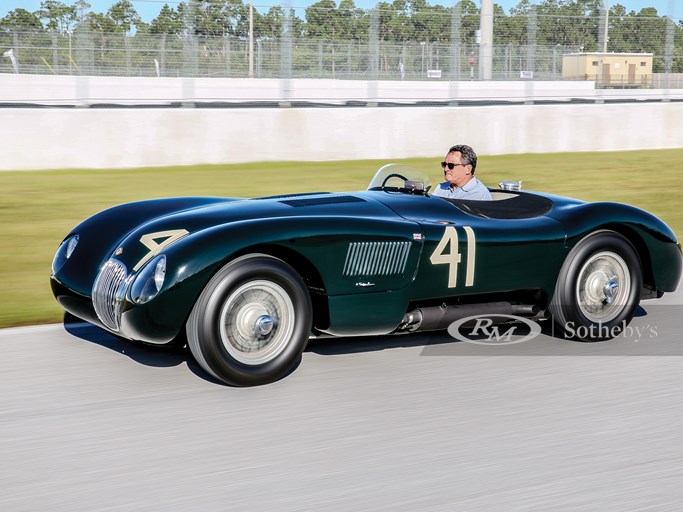 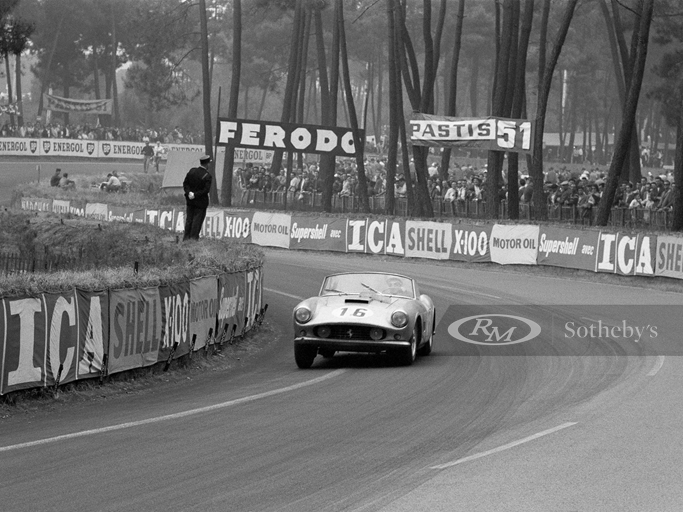 
NEW YORK (8 November 2017) – RM Sotheby’s is thrilled to announce final and star entries for its third New York sale, entitled ICONS, set for 6 December at Sotheby’s Manhattan heaquarters. Latest highlights for the auction certainly ring true to its theme, representing a pair of Le Mans racing legends from two of the world’s most revered marques: a 1959 Ferrari 250 GT LWB California Spider Competizione and a 1952 Jaguar C-Type.

A Ferrari and motorsport icon himself, Luigi Chinetti was one of the major players in the U.S. sports car racing scene in the late 1950s and early 1960s. He was a highly successful racing driver in his own right, the official Ferrari distributor for the U.S. East Coast, and the man behind the fabled North American Racing Team (N.A.R.T.). Chinetti and N.A.R.T. entered a trio of Ferraris in the 1959 24 Hours of Le Mans; a 250 Testa Rossa, a 250 GT LWB Berlinetta, and a 250 GT LWB California Spider, chassis 1451 GT – the very car set for RM Sotheby’s ICONS sale.

The second of just eight California Spiders bodied in aluminum and built to full competizione specifications, the 250 GT was piloted at Le Mans by owner Bob Grossman, a successful sports car dealer based in Rockland County, New York. The car left the factory just five days before Le Mans, arriving with a flash of paint covering the primer and unfinished seats covered with rags. In both Grossman and the Ferrari’s very first outing at the Circuit de la Sarthe, he and co-driver Fernand Tavano landed in an impressive 5th overall and 3rd in their class. After Le Mans, 1451 GT was properly finished in metallic silver and shipped to Grossman’s home in New York. He immediately returned the car to the track, racing in SCCA events at Thompson, Bridgehampton and the Watkins Glen Grand Prix before shiping it to Nassau for Speed Week, where it clinched 1st overall in the Memorial Trophy race. The California Spider left Grossman’s care after the 1960 season, and passed through a handful of American owners before landing with Jon Masterson of California, who commissioned a complete restoration, which earned the car 1st in Class honors at the Pebble Beach Concours d’Elegance. The car never remained shy for long, returning to Pebble Beach in 1994, running the Colorado Grand, and racing at the Monterey Historics on four separate occasions.

Purchased by its current owner in 2007, the Classiche-certified California Spider continued to make the rounds at some of the hobby’s most important events before another full restoration was completed in 2011 by marque specialists Motion Products Inc., returing the car to its proper Le Mans livery. The restoration earned 1451 GT a platinum award at the 2011 Cavallino Classic, and it has been shown at only a handful of events ever since. For its new owner, continued entry to the world’s finest concours and vintage races awaits, including next year’s Le Mans Classic. The California Spider returns to its home state next month as surely one of the most significant Ferraris in existence (Est. $14,000,000 - $17,000,000).

Joining the California Spider in Manhattan is another car whose reputation was built at Le Mans, a 1952 Jaguar C-Type, chassis no. XKC 007. Combining robust engineering with beautiful aerodynamic coachwork, three factory C-Types debuted at Le Mans in 1951, with one of the cars going on to become the first British car to win the race in nearly two decades. Jaguar reprised the win with a second Le Mans victory two years later, and in the meantime approximately 43 customer cars were built, with XKC 007 being the seventh. Believed to be the very first C-Type to reach the U.S., XKC 007 was delivered new to Charles Hornburg’s West Coast distributorship, and was retained for competition and promotional purposes, most notably at the hands of legendary driver Phil Hill.

The C-Type debuted at Elkhart Lake in September 1952, with Phil Hill actually driving the car from California to Wisconsin and back for the race. Hill finished 4th in the main event and won the Sheldon Cup outright – securing the first win by a C-Type on American soil. The Jaguar passed through a string of fascinating owners, who also raced the car, before landing with Jeffrey Pattinson of the U.K., who commissioned a full concours-quality restoration by Jaguar specialist Terry Larson. XKC 007 was eventually sold to collector Gary Bartlett of Indiana, who retained the respected Chris Keith-Lucas to preprare the car for vintage events, including the 2010 Mille Miglia Storico and the Amelia Island Concours d’Elegance. Under current ownership, the Jaguar has continued to enjoy a life of pampered care and maintenance and is notably documented with a copy of an original factory test report for this chasiss, C-Type registry histories, and restoration invoices. Claiming rarity, racing pedigree, historically signficant design, and one of the most arresting body styles ever conceived, the C-Type is a true legend and without a doubt a motorsport icon (Est. $5,500,000 - $7,000,000).

“Both the Competition California Spider and the C-Type represent two of the most important vintage race cars found in the United States today and are offered from an exceptional collection,” comments Donnie Gould, Car Specialist, RM Sotheby’s. “Apart from the original three Jaguar Works cars, the C-Type on offer is easily the best and most desirable of the customer cars, while the 250 GT LWB is one of the most successful and significant competition California Spiders. The pair are perfectly at home in our New York sale as true icons from the golden era of sports car racing.”

The California Spider and C-Type lead a group of 31 iconic automobiles set for the 6 December sale, from Classic Era beauties through to the most technologically advanced supercars of today. Highlights include:

RM Sotheby’s ICONS sale celebrates the cutting edge of automotive design and is part of a weeklong celebration of auctions and events, entitled “A Life of Luxury”, surrounding the newly established Sotheby's Luxury Division. Opening on 30 November, “A Life of Luxury” is one of the most unique auction events of its kind, offering clients and enthusiasts an unparalleled experience at the heart of the auction world spread across jewels, watches, wine, fashion, and of course—cars.
{{controller.successMessage}}
Close