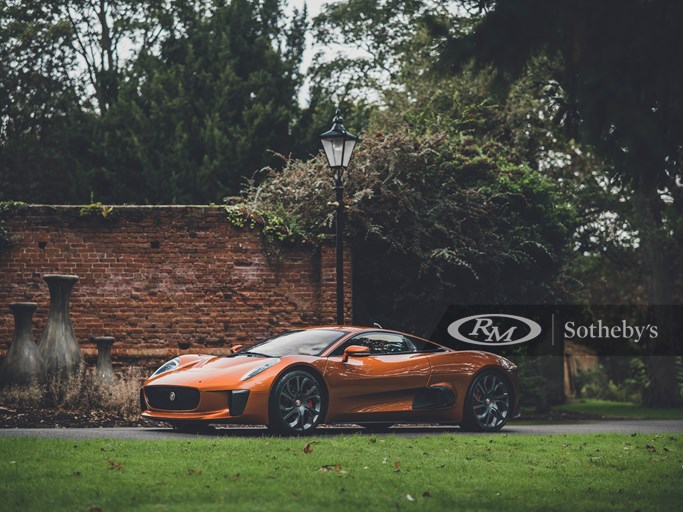 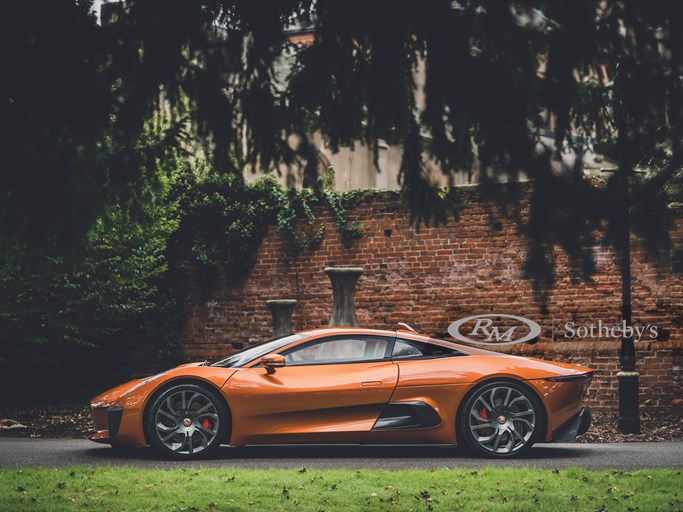 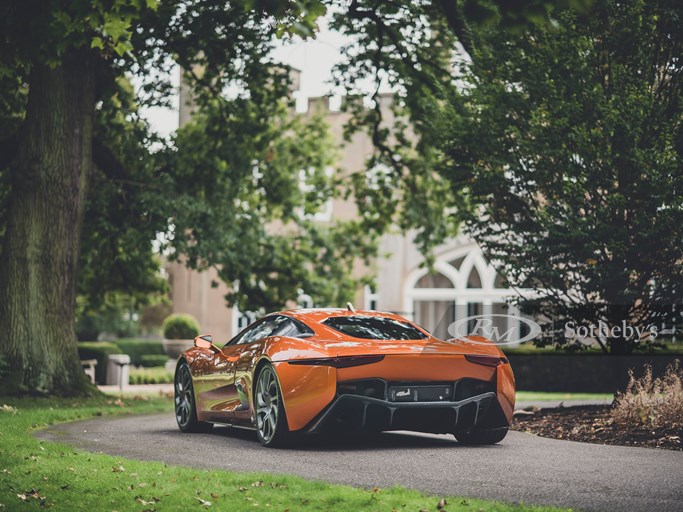 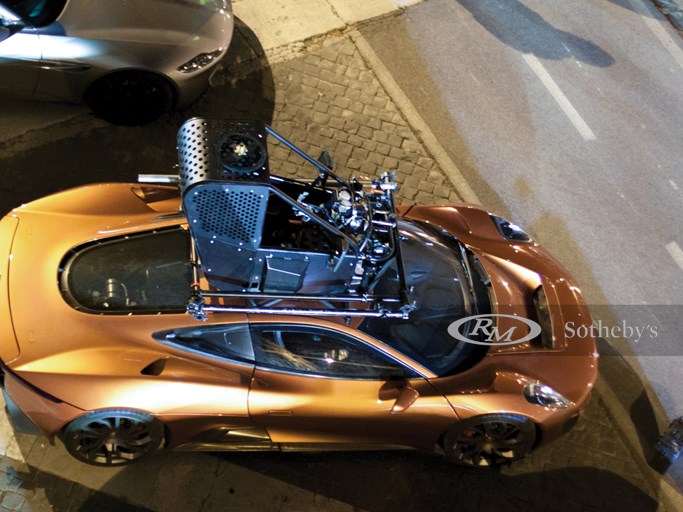 Chassis no. 001 as seen during the filming of Spectre in Rome in March of 2015

LONDON (30 October 2019) – Following RM Sotheby’s record-setting sale of the James Bond Aston Martin DB5 in Monterey this summer, the auction house is thrilled to present another Bond car at its first-ever auction in the Middle East, held in partnership with Formula 1® and set for 30 November at the FORMULA 1 ETIHAD AIRWAYS ABU DHABI GRAND PRIX 2019. Every Bond film operates with the same reliable formula of 007 driving a fantastic car, pitted against a fabulous villain, piloting an equally fantastic car. The latest James Bond film, Spectre, featured Daniel Craig’s 007 at the wheel of an Aston Martin DB10, while Mr. Hinx, the assassin for the Spectre organization—the subject of the film—played by Dave Bautista, pursued him in a stunning 2015 Jaguar C-X75.

RM Sotheby’s will offer chassis no. 001 in Abu Dhabi, one of just a handful of Jaguar C-X75 examples used as stunt cars in Spectre. The Jaguar C-X75 was intended to be a hybrid-electric, two-seat concept car produced by Jaguar in partnership with Formula 1 team Williams F1’s Advanced Engineering division. The C-X75 was unveiled at the 2010 Paris Motor Show and in 2011 it was announced that a limited production run of approximately 250 examples of the 780hp car was planned. In 2012, the production was cancelled, and a mere five developmental prototypes were built to the intended production specifications. A further group of stunt cars were built for and used in the filming of the 2015 James Bond film Spectre.

The C-X75 on offer was built specifically for the film and constructed around a spaceframe built to World Rally Championship specifications and powered by a specially modified dry-sump V-8 engine producing 492 hp. The car also remains fitted with button-adjustable AP Racing brakes, a mechanical limited-slip differential, Recaro seats, and a huge hydraulic handbrake. Spectre was praised for its authentic action sequences, and the C-X75 stars in a now iconic scene in which the car is engaged in a chase with 007’s DB10 on the streets of Rome and is driven along the river banks and down several sets of steep steps with the Tiber river waiting at the bottom.

Prior to Spectre’s release, the car was shipped to Mexico and driven by Williams-Martini Racing driver and ex-Scuderia Ferrari driver, Felipe Massa, in a bout of laps before the 2015 Formula 1 Gran Premio de México (watch here). Most recently, the C-X75 has been shown at handful of events in the United Kingdom, including at Salon Privé and the Silverstone Classic. The Jaguar will be presented in Abu Dhabi following a full inspection at Williams Advanced Engineering and as a piece of modern film history (Estimate: $800,000 - $1,200,000).

Will Smith, Car Specialist, RM Sotheby’s comments, “Bond has long been synonymous with some of the world’s most incredible cars, from an enviable roster of iconic Aston Martin DB models through to the Lotus Esprit and BMW Z8. 007’s car of the moment is often pursued by an equally impressive vehicle belonging to the film’s villain, and that’s exactly what we have in the Jaguar C-X75. Not only did it make for one of the most intense and technologically advanced chase scenes in a Bond film to date, but it is a production Jaguar that never was, and built in partnership with Williams F1 no less. The Formula 1 Etihad Airways Abu Dhabi Grand Prix 2019 is an excellent venue for the presentation of such a machine, which complements F1’s just-wrapped Bond in Motion exhibition featuring Spectre’s DB10.”

RM Sotheby’s ground-breaking auction at the FORMULA 1 ETIHAD AIRWAYS ABU DHABI GRAND PRIX 2019—the region’s first-ever major international collector car auction—is set for the evening of Saturday, 30 November at the stunning Yas Marina Circuit. The sale will bring together an expertly curated selection of significant Grand Prix™ racing machines, road-going sports cars with an historical connection to the world of motorsport, alongside a broader collection of hand-picked, blue-chip classic and supercars. The auction will take place on the Saturday evening of the race weekend from the First Floor of the Formula 1 Paddock Club™ overlooking the pitlane. Fans and registered bidders will be able to view the cars to be auctioned over the Grand Prix™ weekend. The cars will then be paraded down the main straight and driven along the F1® pitlane for auction.

NOTE: This car is not road registered.