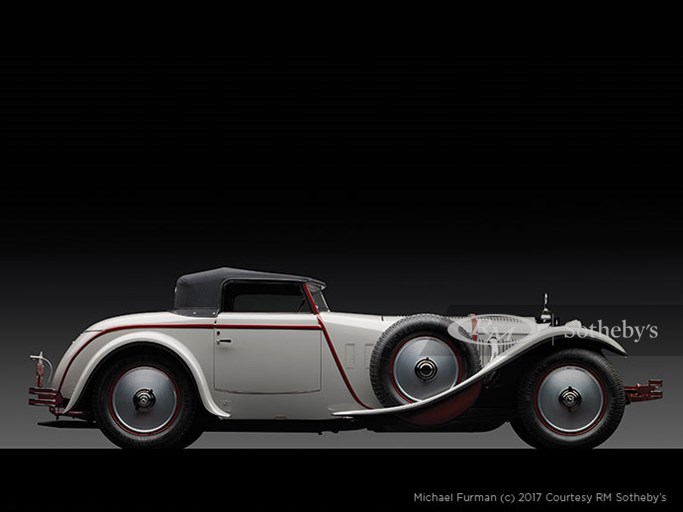 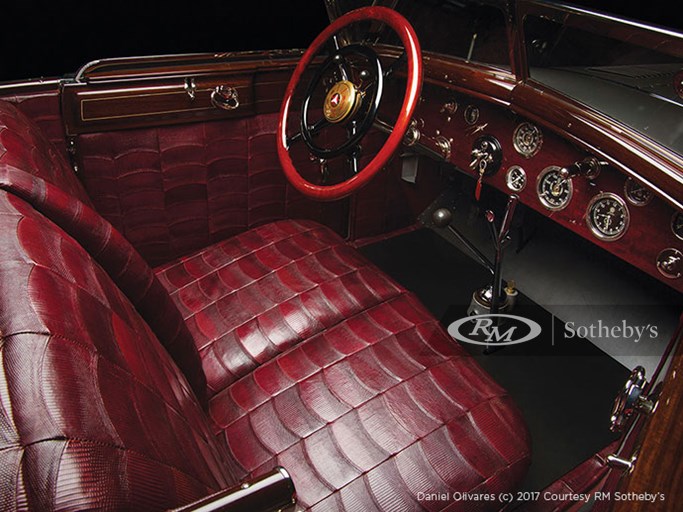 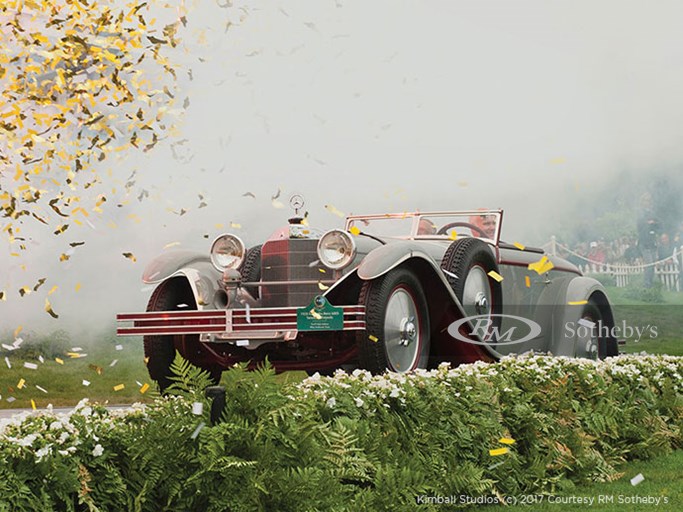 LONDON (6 April, 2017) – RM Sotheby’s, the official auction house of the esteemed Concorso d’Eleganza Villa d’Este, is thrilled to announce the latest premier offerings for its exclusive Villa Erba sale, 27 May on the shores of Lake Como, Italy. From a highly prized, multi-million-euro Mercedes-Benz 680 S to a rare Talbot-Lago T26 Grand Sport, the latest entries shine the spotlight on pre-war glamour and are perfectly matched to the event’s setting, having been previously displayed at the celebrated Concorso.

A true design masterpiece, the 1928 Mercedes-Benz 680 S Torpedo-Sport Avant-Garde, chassis no. 35949, is the undisputed star attraction of RM’s upcoming Villa Erba sale. One of Saoutchik’s most incredible designs, the car is the sole survivor of just three examples constructed with a short-windshield design, and represents the perfect combination of German engineering and French Avant-Garde styling. From a visual perspective, it is simply breathtaking; devoid of any running boards, it combines swooping front fenders with highly polished German Silver trim, a low windshield, and a disappearing convertible top. Inside, reptile-skin seats and intricate wood accents, including a large wood-rimmed steering wheel, give a heightened sense of luxury.

Shown at the 1929 New York Auto Salon, 35949 was purchased new by Frederick Henry Bedford Jr., the director of Standard Oil, and went on to remain in his family’s loving ownership for over seven and a half decades. In 2008, the stunning Mercedes-Benz made its way into the collection of Paul and Chris Andrews, who commissioned esteemed restoration firm, Paul Russell & Company, to complete a meticulous, body-off restoration—the supreme quality of which saw it awarded 100 points at the 2012 Pebble Beach Concours d’Elegance and claim the event’s coveted Best of Show trophy. Following its triumph at Pebble Beach, 35949 went on to earn numerous other accolades around the globe, including ‘Restoration of the Year’ at the 2012 International Historic Motoring Awards, First in Class at the 2013 Concorso d’Eleganza Villa d’Este, and the Mercedes-Benz Star of Excellence at the 2014 Amelia Island Concours d’Elegance. Presented in spectacular condition and no stranger to the spotlight, it comes to Villa Erba offered from one of America’s foremost collections (Est. €6.500.000 - €8.000.000).

“It’s a distinct honor to present this very special Mercedes-Benz at our Lake Como sale,” comments Shelby Myers, Car Specialist, RM Sotheby’s. “A true show-stopper, not only is it one of the most stunning automobiles to ever wear the Mercedes-Benz three-pointed star, but also one of the most memorable concours starlets of the 21st century, making it a perfect fit to the Concorso d’Eleganza weekend. It’s also a terrific candidate for long-distance touring. If you’re in the market for a car that offers a sensational blend of style and performance, it doesn’t get much better than this!”

Also recently confirmed to the RM sale and perfectly matched to the Concorso weekend is the 1948 Talbot-Lago T26 Grand Sport Cabriolet, chassis no. 110121. Equally breathtaking, luxurious, and rare, it is one of just three examples clothed by Parisian coachbuilder, Franay; its sleek bodywork is complemented by a lavish interior by Hermès. Like the Mercedes-Benz, this T26 has also enjoyed a long, successful career on the show circuit, winning several industry and design awards. First displayed at the 1949 Paris Motor Show, it has since been exhibited at all the leading concours in Europe, the Concorso d’Eleganza Villa d’Este included, along with America’s Pebble Beach Concours d’Elegance. Its provenance is further elevated by its brush with celebrity, including Marlene Dietrich who has been pictured with the car (Est. €1.200.000 - €1.500.000). For interested parties, the T26 will be available for advance preview on the RM stand (Hall 6.0, booth 416) at this week’s Techno Classica exhibition in Essen, Germany. The RM stand will also showcase the previously announced 1957 BMW 507 Roadster Series I, with RM specialists on hand to offer collectors a resource for auction and restoration services.