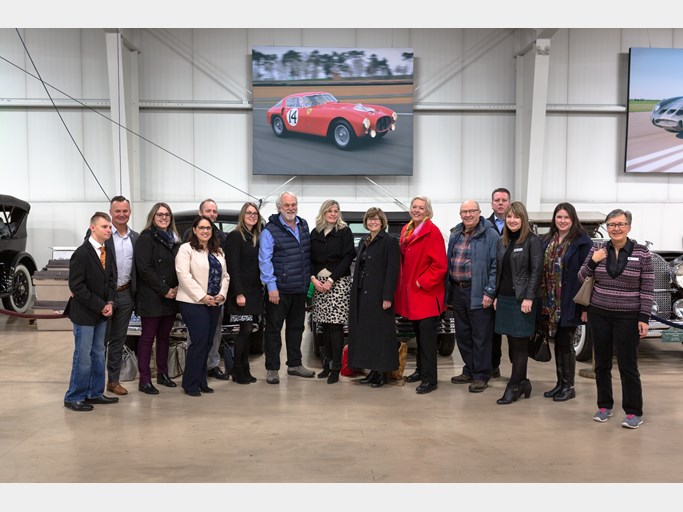 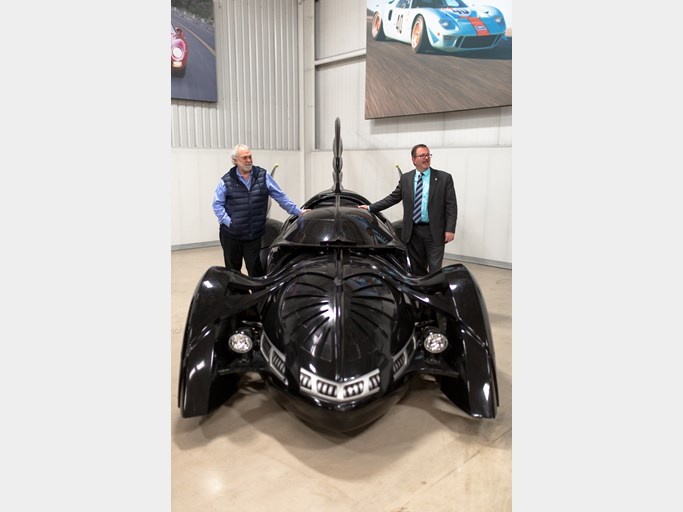 BLENHEIM, Ontario (21 February 2019) – RM Sotheby’s & RM Auto Restoration, in partnership with the Municipality of Chatham-Kent and RetroFest, are delighted to announce plans for the celebration of RM’s 40th Anniversary, set for the weekend of 21-22 June in the company’s home of Chatham-Kent, Ontario.

Founded by Rob Myers in 1979, RM was born of Myers’ passion for classic cars, stretching back to his childhood when he was surrounded by his father’s antique automobiles. After years of working on his father’s cars, Myers inaugurated his own single-car garage restoration business, and by 1979, the company was officially incorporated. Over the decades that followed, Myers and his team built a world-renowned restoration facility, known as RM Auto Restoration, as well as the world’s largest auction house for investment-quality automobiles, RM Sotheby’s, a global operation now partnered with Sotheby’s, the world’s oldest auction house. Myers remains at the helm of the organization and looks forward to more exciting growth in years to come.

Working with the Municipality of Chatham-Kent, the 40th Anniversary celebration will give back to the community that has fostered the growth of RM over the last four decades and celebrate Chatham-Kent as the Classic Car Capital of Canada. For 2019, RetroFest, now in its 19th year, will also move to 21-22 June as well, making for the ultimate weekend destination for classic car enthusiasts in Canada. The community and attendees can expect two days filled with enhanced RetroFest programming alongside anniversary events put on by RM Sotheby’s, including special automobile displays and entertainment, featuring a performance by acclaimed Canadian act, Sam Roberts Band, on the evening of Friday, 21 June at Tecumseh Park in downtown Chatham. Additional activities will be announced in the lead up to the 40th Anniversary weekend.

All proceeds from the weekend’s events will go directly back into the community that Myers cherishes, supporting several important local organizations, including the Children’s Treatment Centre of Chatham-Kent, Chatham-Kent Hospice, and the Foundation of Chatham-Kent Health Alliance.

“Our 40th Anniversary celebration is going to be an unforgettable weekend in Chatham-Kent,” said Rob Myers, Founder, Chairman & CEO of RM Sotheby’s. “The Friday evening parade and RetroFest show on Saturday will be the biggest yet, with incredible floats and celebrity judges, and RM’s collector car show will gather some of the world’s best cars, never before seen in Canada and unlikely to ever be seen again. We’re hoping to bring thousands of automobiles to Chatham-Kent for the weekend – everywhere you look on 21-22 June, you’ll see a classic car. We’d love to welcome all the local, regional, and national car clubs to join us and display cars as well. I look forward to celebrating with friends, collectors, enthusiasts, and the entire community. Let’s make this the best collector car weekend that Canada’s ever seen!”

“RM has been making our community proud for decades,” adds Chatham-Kent Mayor Darrin Canniff. “Linking RetroFest with RM’s 40th anniversary celebration is an amazing collaboration. Add in the fact that local charities will benefit, and it takes it over the top. RM choosing to celebrate with all of Chatham-Kent is a world-class move by a world-class company.”

“RM has been working with the RetroFest™ team to grow and support the event since its inception,” continued Paul Shettell, Chair of the Historic Downtown Chatham-BIA. “This year, we are excited to partner with RM Sotheby’s 40th Anniversary celebration for the best RetroFest yet! The changes for 2019 will be huge and we look forward to seeing everyone on 21-22 June in downtown Chatham.”

The weekend’s timeline of events will include:

The RM Sotheby’s team looks forward to celebrating with the Chatham-Kent and collector car community and will announce more details on the weekend’s community activities and entertainment as they become available. On-sale dates for the Sam Roberts Band performance will also be announced in the coming weeks. Updated event details can be found at rmsothebys.com/40years.

About RM Sotheby’s
RM Sotheby’s is the world's largest auction house for investment-quality automobiles. With 40 years’ experience in the collector car industry, RM’s vertically integrated range of services, from private treaty sales and auctions (including both RM Sotheby’s and RM Auctions events) to estate planning and financial services, coupled with an expert team of car specialists and an international footprint, provide an unsurpassed level of service to the global collector car market. In February 2015, RM formed a strategic partnership with Sotheby’s, uniting the two companies for the full calendar of future automobile auctions. For further information, visit rmsothebys.com.

About Sam Roberts Band
Canadian singer/songwriter Sam Roberts released his debut in 2002, following a popular independent demo recording he had made in Montreal. Before that point, he had been a violin player who eventually moved on to guitar and started a rock band with his friends. The Inhuman Condition was released and became the best-selling independent EP in Canadian history. In 2003 he released his first full-length album, We Were Born in a Flame. The Certified Double-Platinum selling album was a huge hit in Canada and won the Juno Award for Album of the Year, Rock Album of the Year, and Artist of the Year. He continued to release hit albums for the remainder of the decade. For his 2011 release, Collider, Roberts changed from using his name to using Sam Roberts Band. In 2014, Lo-Fantasy was released to great acclaim. Lead single We’re All In This Together reached the top of both Canadian rock radio charts, followed by Top 10 hits Human Heat and Shapeshifters. In 2016, TerraForm was released, the band’s 6th studio album. Most recently Roberts released We Were Born In A Flame 2018 Deluxe Edition, which included previously unreleased tracks on 3 LPs. More information at www.samrobertsband.com.

Media Information
Additional information is available at rmsothebys.com/40years. High res images from the press conference are available upon request. A digital poster for the RM 40th Anniversary event is also available for social media use upon request. For further information and interview opportunities, please contact a member of the press team as listed below.