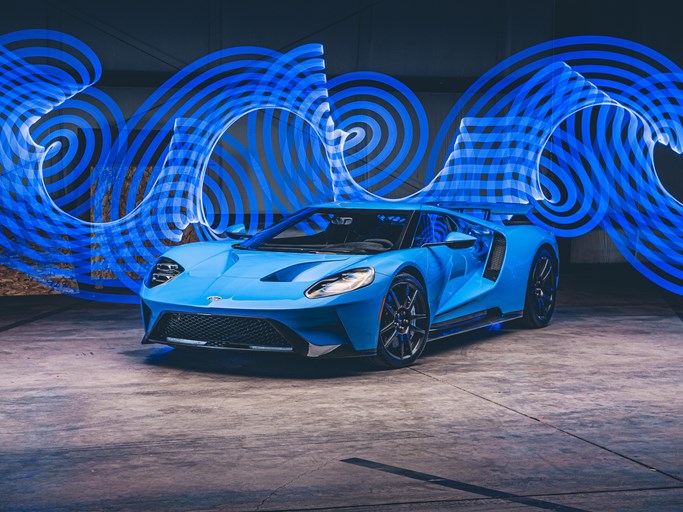 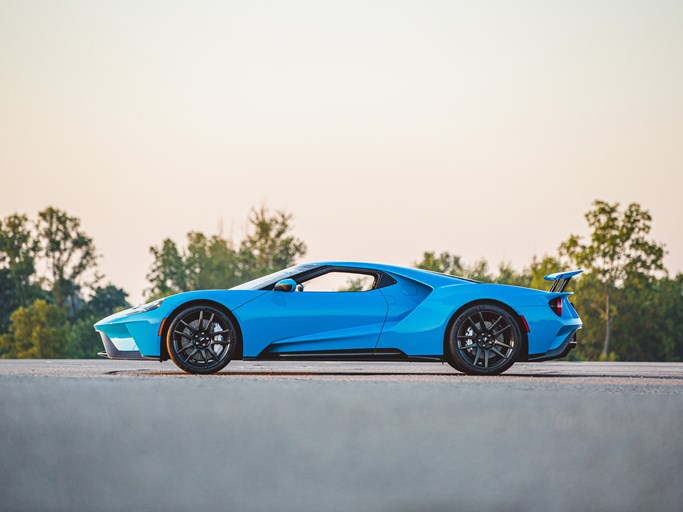 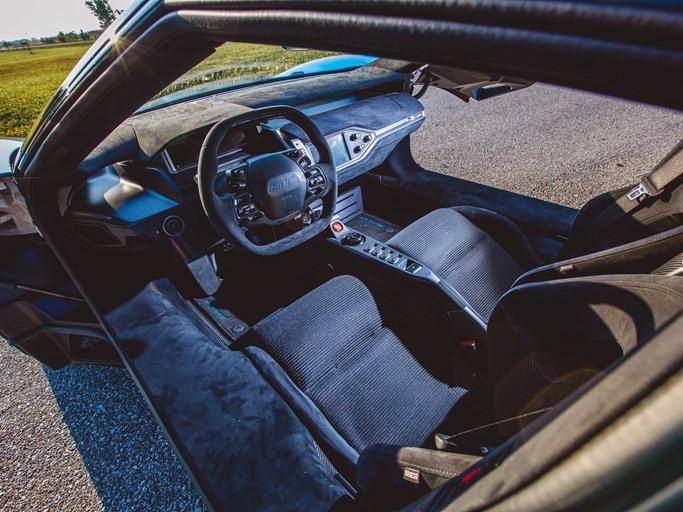 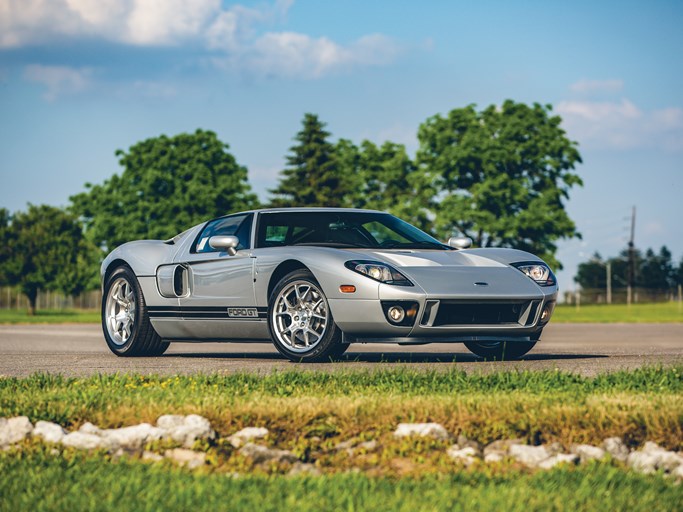 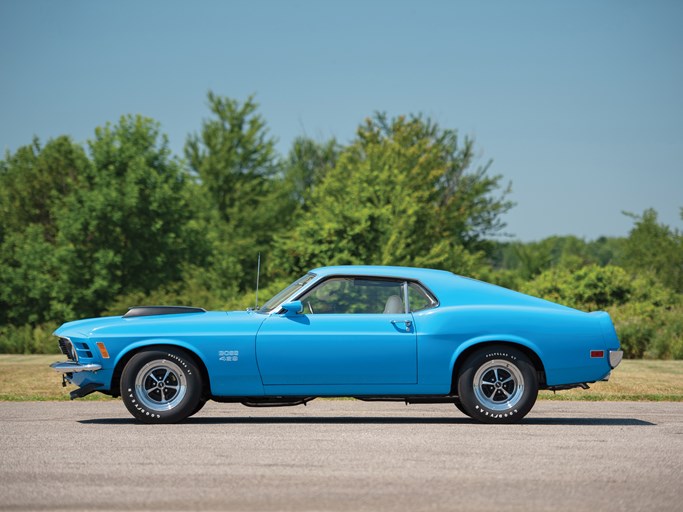 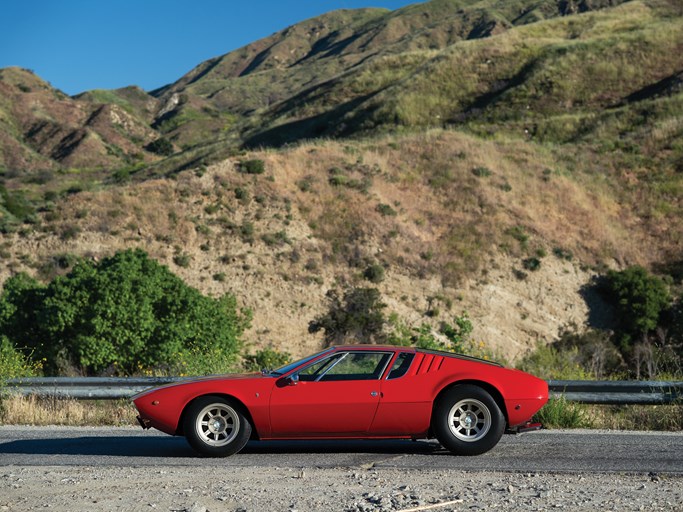 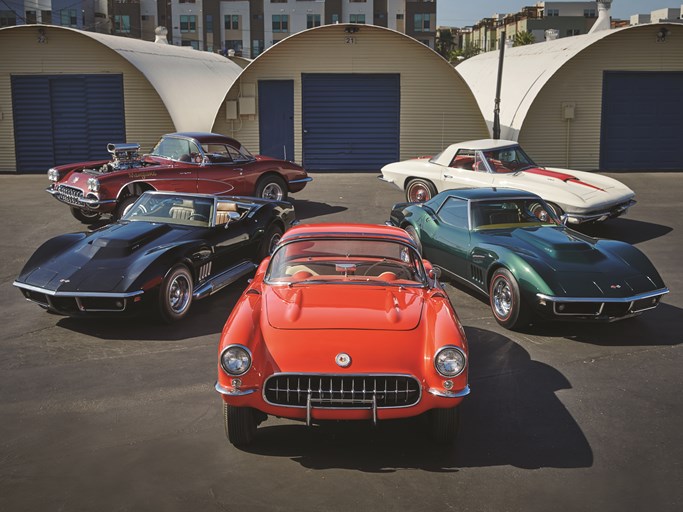 BLENHEIM, Ontario (7 August 2019) – RM Auctions is pleased to release the digital preview catalogue for its Auburn Fall auction, a Labor Day weekend tradition for enthusiasts across the country, set for 29 August – 1 September at the historic Auburn Auction Park in Indiana. Latest featured entries for the sale in the Classic Car Capital of America, which will present more than 700 collector cars and an array of memorabilia, include a roster of sought-after American performance and sports cars. Leading the pack is a stunning example of the latest generation of Ford’s flagship supercar, a 2017 Ford GT.

A futuristic and cutting-edge interpretation of the original GT40, the modern GT was unveiled at the 2015 North American International Auto Show in Detroit, 50 years after Ford won the 1966 24 Hours of Le Mans with the GT40. Packing impressive power, the GT is equipped with a 647-horsepower, 3.5-litre twin-turbocharged V-6 engine married to a Getrag seven-speed dual-clutch automatic transmission. Achieving a notable 0-60 mph sprint in less than three seconds, the GT delivers a powerful and exciting driving experience. The initial allocation process for the car was extremely selective, with owners having to apply to Ford, making their case, and making them ever more collectible today.

The example set for RM Auctions’ Auburn Fall sale, serial no. H040—making it “GT 40”—is believed to be the only road car delivered without the factory noise, vibration, and harness (NVH) pad affixed to the rear bulkhead, exposing the carbon fiber finish of the monocoque tub behind the seats in the same fashion as the competition cars. It is also believed to be the only 2017 Ford GT finished in special extended color palette Riviera Blue paint. The GT’s interior is completed in Dark Energy, and features an F1-inspired steering wheel, fixed carbon-fiber Sparco seats, a 6.5-inch infotainment system, and a factory-installed six-point harness. In addition, H040 rides on 20-inch exposed gloss carbon fiber wheels with titanium lug nuts and silver Brembo calipers. The GT comes to auction reading just under 3,000 miles on the odometer and accompanied by a black indoor car cover, original owner’s manuals and extensive documentation (Est. $1,200,000-$1,500,000).

“As unencumbered examples of the new Ford GT begin to come to auction, we continue to discover bespoke options and features that set each car apart,” says Gord Duff, Global Head of Auctions, RM Sotheby’s Group. “This particular car offers unique options, and it would be quite special for a collector to own Ford GT no. 40 alongside an original GT40 of the 1960s. Between the Ford lineup and the Mangione Corvette Collection, we’re bringing highly sought-after cars from two of America’s greatest car brands to the Classic Car Capital of America.”

Joining the American supercar on the block is a fantastic example of its predecessor, a two-option 2005 Ford GT. An understated stripe-delete example, the GT is one of only 26 produced for 2005 in Quick Silver with side stripes only. The car is in near-factory original condition and presents exceptionally well throughout, showing only 313 miles (Est. $300,000-$350,000).

Rounding out the Ford highlights are a rare 1970 Ford Mustang Boss 429 and a Ford-powered 1970 DeTomaso Mangusta. One of the toughest iterations of the period, the overwhelmingly original Boss 429 is one of just 500 examples built for 1970. Finished in eye-catching Grabber Blue, the Boss has seen just four documented owners from new, including nearly 30 years in proper heated storage (Est. $210,000-$220,000). Presented in original condition, the late-production DeTomaso is offered from just two owners since new, having remained under the first caretaker’s ownership until 2016, and shows fewer than 13,000 km on the odometer. Equipped with a mid-mounted 302-cubic-inch Ford V-8 engine paired with a five-speed ZF transaxle, the Mangusta is a wonderful combination of breathtaking Italian design and reliable American horsepower (Est. $200,000-$250,000).

RM Auctions will also present The Jim Mangione Collection at Auburn Fall, comprised of five iterations of “America’s sports car”, the Corvette, alongside a Pontiac Bonneville Custom Convertible. The star of the collection is a well-optioned 1967 Chevrolet Corvette Sting Ray COPO Convertible, custom-ordered by GM designer, Bill Mitchell. Equipped with the big block tri-power 427-cubic-inch, 400 horsepower V-8 engine, the roadster is finished in special Ermine White with red accents and a “stinger” graphic that extends past the passenger compartment, over the trunk lid and into the rear valance. The first Bloomington Gold Historic Award recipient, this well-documented Corvette would shine in any collection of American sports cars (Est. $650,000-$850,000).

Accompanying the Sting Ray is a pair of highly desirable L88 convertibles, both equipped with the race-derived L88 427-cubic-inch V-8 engine and vaulting to 60 mph in an astounding 4.2 seconds. The first is a well-documented 1968 Chevrolet Corvette Stingray L88 Convertible, one of just 88 built for that year. Finished in a classic combination of British Green over saddle leather interior, this L88 is optioned with hard and soft tops, rally wheels, and a mandatory radio and heater delete. It has remained under the careful watch of Corvette enthusiasts for five decades. Restored by a marque expert, it remains one of the finest extant (Est. $475,000-$575,000). The second is a ferocious 1969 Stingray L88 Convertible, one of only 116 and finished in Tuxedo Black over saddle upholstery with a tan soft top. The eminently drivable example presents well, retaining special-order charms such as a radio-delete blank plate, a chrome knob for its M22 four-speed manual gearbox, and the L88-specific hood (Est. $475,000-$575,000).

Additional cars offered from The Jim Mangione Collection include a 1957 Chevrolet Corvette 'Big Brake & Airbox', equipped with a fuel-injected 283-cubic-inch V-8 engine and the desirable “Airbox” cold-air intake and “Big Brake” package, and finished in Venetian Red with a factory hardtop and painted coves (Est. $400,000-$500,000); a 1959 Chevrolet Corvette , built in “gasser style” and finished in Damson Plum Firemist over burgundy fabric interior (Est. $80,000-$100,000); and a first-year example 1958 Pontiac Bonneville finished in Patina Ivory with Redwood Copper accents and white and copper leather upholstery, and equipped with a 370-cubic-inch Tempest V-8 engine (Est. $125,000-$150,000).

In addition to the auction action at Auburn Fall, there’s plenty of excitement for the entire family to enjoy. The event will feature an onsite swap meet and car corral, along with the DirtFish rally experience, stunt bike shows, a Kids Zone, and more. RV parking, golf cart rentals and great food vendors are also available to make Auburn Fall an enjoyable weekend destination for the whole family.

For further information on RM Auctions’ Auburn Fall sale or to view the digital preview catalogue, please visit rmsothebys.com. Interested bidders and consignors are invited to call +1 519 352 4575 to register or to speak with a car specialist.