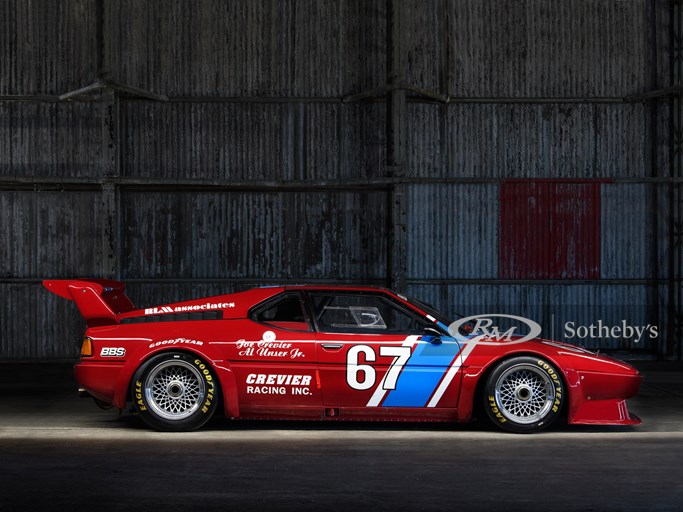 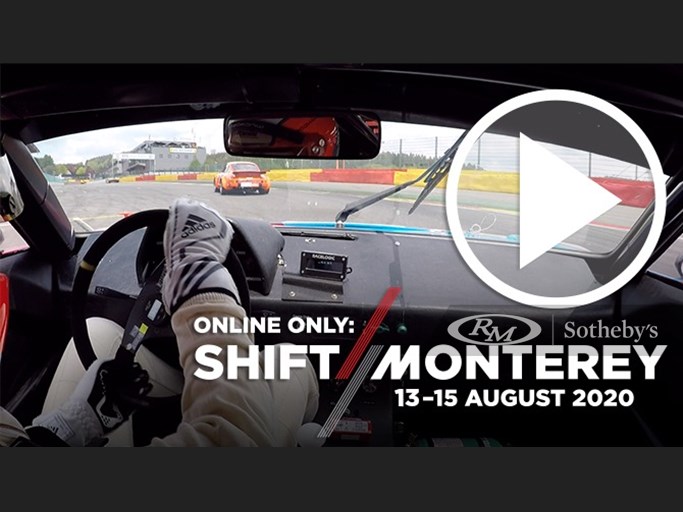 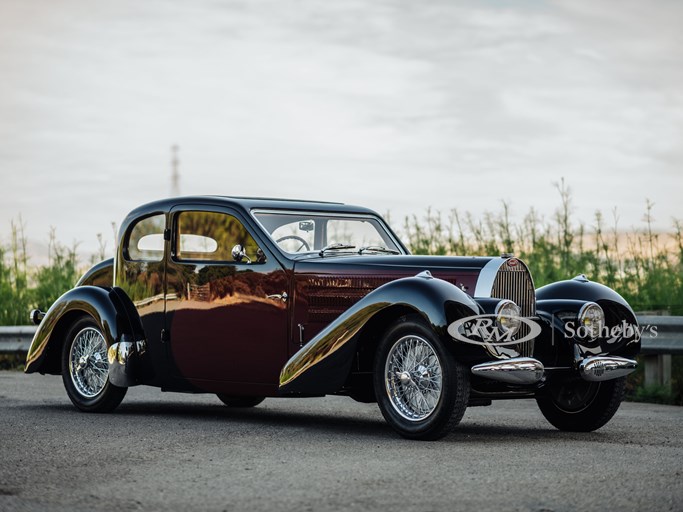 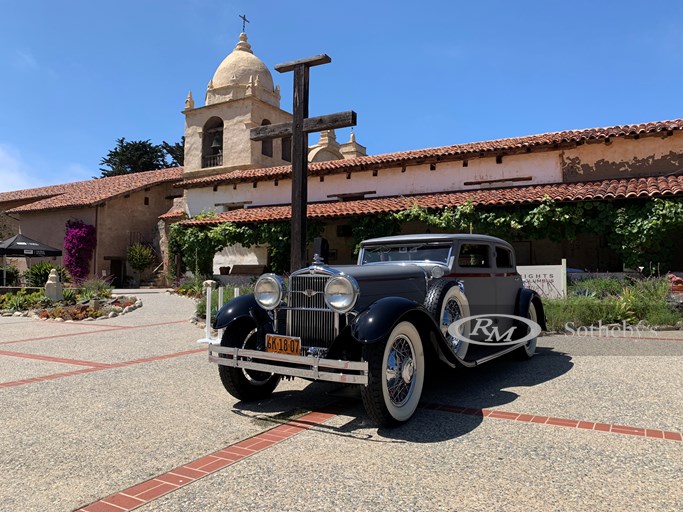 Wearing a striking wedge-shaped fiberglass body by renowned designer Giorgio Giuiaro, the BMW M1 was the first car powered by an engine developed by BMW Motorsport—the mighty 3,453 cc M88 inline six-cylinder engine. The M1 instantly became a major player in the automotive community when it debuted as a road-legal racing car at the 1978 Paris Motor Show and shortly after, the M1 Procar race series was developed, fitted with the even more powerful M88/1 engine and producing over 470 bhp.

The M1 Procar offered in RM Sotheby’s SHIFT / MONTEREY auction, chassis no. 1195, is the 36th example of a mere 54 Procars produced and was sold new to American racing driver Joe Crevier, who drove the car alongside Al Unser Jr. in the 1981 Riverside Six Hours. 1195 went on to participate in the IMSA GT Championship for two seasons, claiming numerous podium finishes.

Today, the race-ready Procar comes to auction in outstanding condition, having been comprehensively restored from the ground up. Raced regularly throughout its life, including more recently at the 2010 Le Mans Classic, 1195 was continuously maintained and serviced by expert competition car specialists. In today’s historic racing environment, the M1 Procar is a prized entrant as they are well-regarded for their outstanding trackability, reliability and performance with this particular example being regarded as “on the button” and fully race-prepared. The M1 Procar represents a rare opportunity to obtain one of the most eligible and iconic competition cars available (Est. $600,000 - $800,000, offered without reserve).

“The offering of such a tremendous example of the BMW M1 Procar is a very unique opportunity, and its presentation without reserve makes the offering even more unprecedented,” said Shelby Myers, Car Specialist & Global Head of Private Sales, RM Sotheby’s. “The M1 Procar is considered one of the most spectacular racing cars in the motorsport world, packing a truly impressive amount of power. Chassis no. 1195 checks all the right boxes, having been maintained and competed without financial constraint and is highly eligible for a number of historic racing events. You don’t have to imagine what it would be like to race this car around the famed Le Mans circuit after watching Sam Hancock behind the wheel at Spa—this is the chance to race a fantastic M1 Procar at the Le Mans Classic in 2021.”

Additional early entries are highlighted by exceptional pre and post-war classics, including:

Early highlights and additional entries will continue to be posted in the coming weeks leading up to the auction. Each car offered in the Online Only auction will be presented with an unprecedented amount of documentation, information and photography alongside condition reports completed by RM Sotheby’s specialists. Whenever available, additional information on each lot, such as history files, production certificates, restoration documentation, service invoices, owner’s manuals, and accompanying parts will be viewable online, once logged in, by clicking the “View Files” button on the individual lot page.

Interested consignors are invited to contact an RM Sotheby’s car specialist to discuss entering their important car in Online Only: SHIFT / MONTEREY. Consignments are invited through 13 July.

Additional information is available at rmsothebys.com.