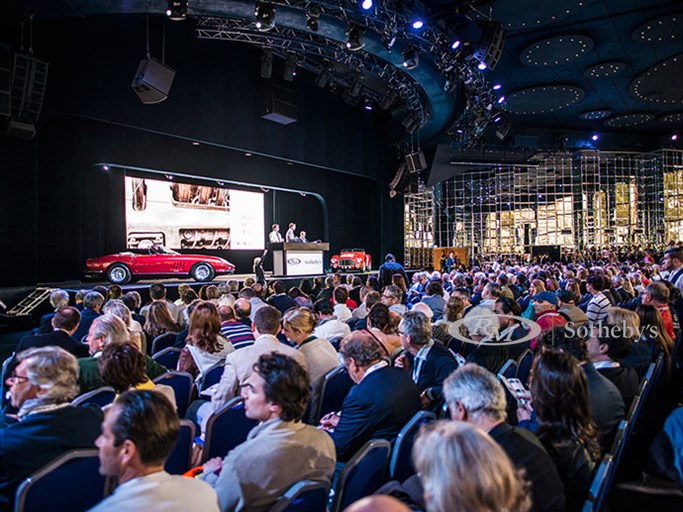 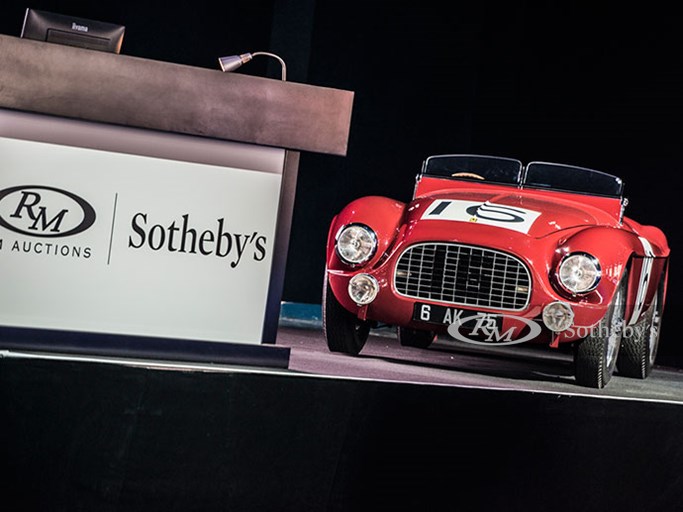 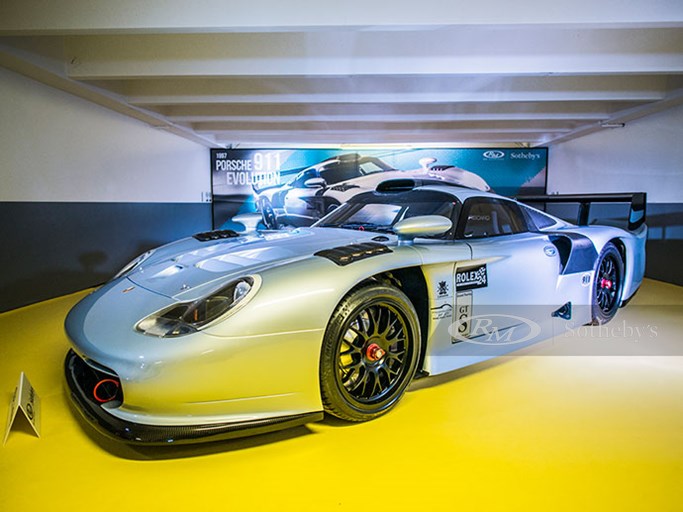 MONACO (16 May, 2016) - RM Sotheby’s, the world’s largest collector car auction house for investment-quality automobiles, returned to Monaco this past weekend (14 May) for another successful sale alongside the Grand Prix Historique. Conducting two separate sales sessions during a single day, RM’s 2016 Monaco tally exceeded €27.5 million* ($31,187,305 US) and saw several records tumble.

All eyes were on the star lots offered during Saturday’s evening sale, which was packed with an audience of international bidders, creating the electric atmosphere that we have come to expect from the magnificent Le Sporting venue. The top sale of the night was the 1951 Ferrari 340 America Touring Barchetta, chassis no. 0116/A, known as one of the first ‘big engine’ competition Ferraris. Boasting an exceptional competition pedigree, it was raced in the 1951 and 1952 Le Mans 24 Hours and entered in nine Mille Miglia road rallies from 1984 to 2006, and deserved to make €7.280.000. The second highest price paid on the night was for the incredible 1997 Porsche 911 GT1 Evolution, chassis no. GT1 993-117, the only known road-registered example, and one of just 14 GT1 race cars in private hands.  Also boasting an extensive competition history, the GT1 came to auction following a recent comprehensive restoration, passing onto its third owner for a record-breaking €2.772.000. Rounding out the top three sales was the beautiful and incredibly original 1966 Ferrari 275 GTS, chassis no. 07805, a very desirable car which realized €1.792.000.

Earlier in the day, eager enthusiasts took their seats for the sale of the famous Italian Quattroruote Collection, which contained an eclectic mix of 37 cars, motorcycles and memorabilia, all offered without reserve. The collection sold well and was headlined by the beautiful 1939 Bugatti Type 57 Cabriolet, chassis no. 57731, which exceeded estimate at a strong €660.800. The imposing 1930 Hispano-Suiza H6B Coupé Limousine, chassis no. 12306, was the second most valuable car in the collection, bringing a final €106.400.

Peter Wallman, Managing Director of RM Europe says: “By any standards, we have enjoyed a successful sale this weekend with in excess of €27.5 million sold. The Ferrari 340 America was the most expensive car sold in Monaco this weekend and a number of model specific records have also been achieved. We remain broadly positive about the continued growth in certain areas of the market and are looking forward to a summer of strong sales.”

Proving that demand for modern era supercars remains strong, other notable sales included the 2004 Aston Martin DB AR1 for an auction record-breaking €336.000, while the 1995 Lamborghini Diablo SE30 Jota also soared past high estimate to bring €672.000 – a record for a Diablo at auction. The 2001 Ferrari 550 Barchetta Pininfarina was another notable sale, achieving an excellent, above-estimate €504.000.

*Results are listed in Euros and include 12 per cent buyer’s premium for automobiles and 17 per cent on all other lots. Sale totals include post-sale transactions. Exchange rate used: €1 = $1.13 USD, €1 = 79p GBP.