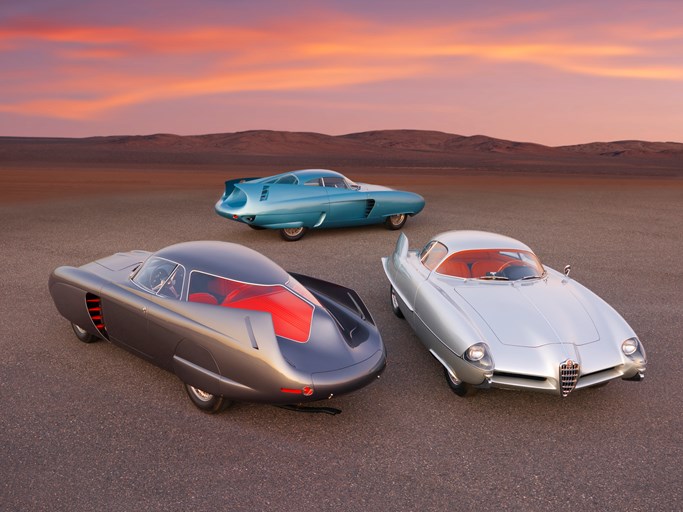 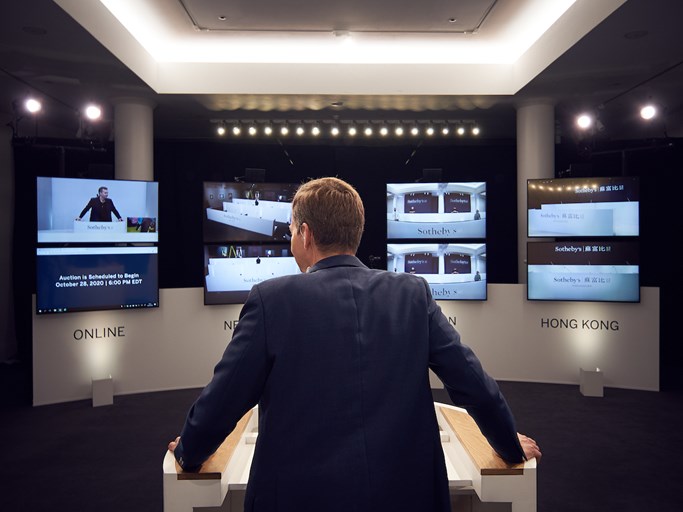 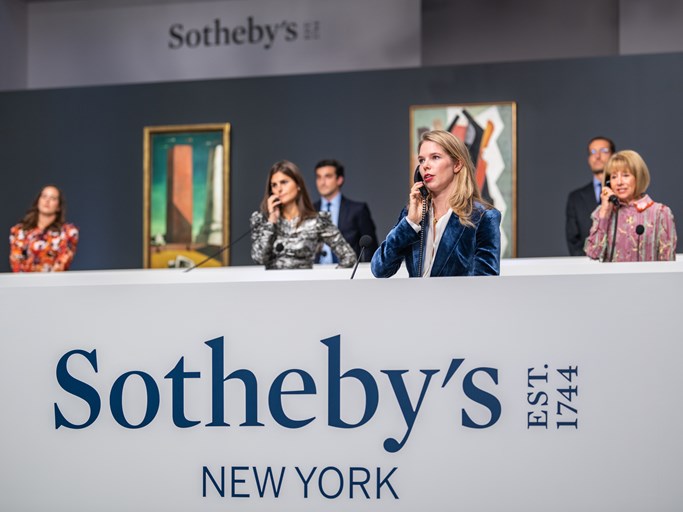 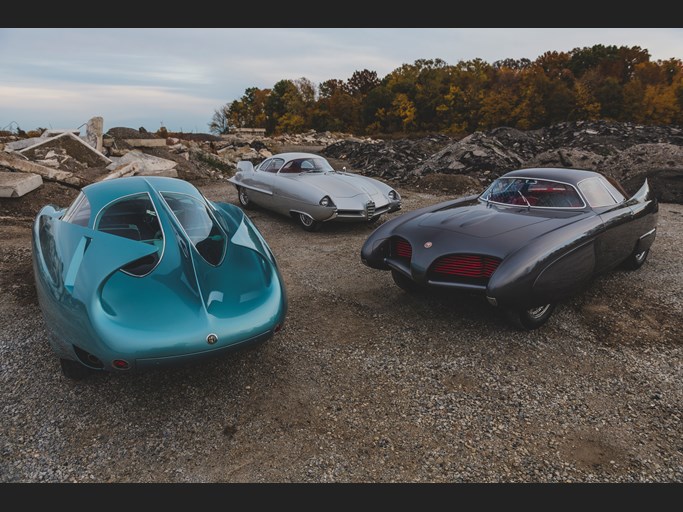 NEW YORK (29 October 2020) – Last night in New York, RM Sotheby’s celebrated a historic evening with the sale of the renowned trio of Alfa Romeo Berlina Aerodinamica Tecnica concept cars, B.A.T. 5, 7 and 9d, for $14,840,000 during Sotheby’s Contemporary Art Evening Auction, achieving the top sale slot and setting a new record for the most valuable post-war Alfa Romeo sold as a single lot at auction and one of the most valuable of any Alfa Romeo ever sold.

With nearly one million viewers tuning in to Sotheby’s live-streamed sales of Contemporary and Impressionist & Modern Art, the trio of automotive icons, offered as a one lot, saw strong pre-sale interest, as well as bidding activity during the auction, which comes as no surprise given the rarity and desirability of the beautifully-designed and sculptural examples of automotive art. Making for a truly unique sale, Sotheby’s auctioneer, Oliver Barker, taking bids from a global audience of specialists from New York, London, and Hong Kong, marked the second time in which a truly unique automotive was offered at a Sotheby’s Contemporary Evening Auction.  The impressive digital presentation was kicked off with a 30-minute pre-show highlighting the sale’s top lots including the Alfa Romeo B.A.T. cars featuring well-known journalist Kurt Anderson discussing the significance of the offering with Ian Kelleher, Chief Marketing Officer of RM Sotheby’s. The completely digital initiative highlighted the departure from the conventional means of print promotion and utilized an entirely digital format that reflected the best in class leading auction presentation.

Regarded by many as the seminal vehicle designs of the 20th century, the B.A.T. 5, 7, & 9d were produced by Bertone and presented individually to the public at the Turin auto salons over three consecutive years in 1953, 1954 and 1955. Despite their individual popularity and collective significance, the B.A.T.s were never displayed together when new. Offered in the Sotheby’s sale from long-term ownership and for the first time as a united trio, the three cars showcased that the power of artistry and ingenuity is always attractive on the market, no matter the medium.

Ian Kelleher, Chief Marketing Officer, RM Sotheby’s, said: “The sale of the B.A.T. concept cars during Sotheby’s Contemporary Art Evening Sale represents the second time RM Sotheby’s has offered a motor car as part of a Sotheby’s art sale—the first time being when we sold the Michael Schumacher Ferrari F2001 Formula 1 race car in 2017. No other organization in the world has a client base as far-reaching as Sotheby’s and since we have worked so closely and successfully with them in the past, working with them again on the sale of the B.A.T. trio made perfect sense. Last evening’s Contemporary Art Evening Auction was a perfectly executed example of cross category collaboration by the market leaders in both cars and fine arts and served as further evidence of RM Sotheby’s expertise and leadership in the market for bringing important automobiles to auction.”

In November 2017, RM Sotheby’s offered the Michael Schumacher Monaco Grand Prix-winning 2001 Ferrari F2001, chassis 211, at Sotheby’s Contemporary Art Evening Sale, representing the car’s first presentation for public sale as well as the first automobile ever offered in a Sotheby’s art auction. The Ferrari was sold before an enthusiastic audience, with spirited bidding both in the room and from Sotheby’s Contemporary Art and RM Sotheby’s specialists representing clients from each collecting segment on the phones. The car eventually sold to a private collector on the telephone for a final $7,504,000, more than doubling the previous record for a modern era Formula One car at auction.

Learn more about the B.A.T. concept cars at rmsothebys.com.