While any 330 GTC is a special car in its own regards, some are a bit more special than most, and this is one such Ferrari.

Originally delivered to the U.S. as a standard 330 GTC to noted Ferrari importer Luigi Chinetti in 1967, chassis number 10659 was delivered to its first owner, Gerald L. Buhrman, of Ann Arbor, Michigan. It then passed to its second owner, Robert Kennedy of Cambridge, Massachusetts. In 1972, Kennedy incurred minor damage to the front of the car and brought it back to Chinetti for repairs. Chinetti used this opportunity to return the car to Italy and fit it with unique coachwork by Carrozzeria Zagato, who involved both Carrozzeria Carlo Marazzi and M. Gastone Crepaldi S.a.S in the project. A photograph in the history file shows chassis number 10659 as it arrived in Italy, just before the Pininfarina body was removed, showcasing the minor damage.

The Zagato coachwork is striking and is defined by its angular lines and targa-style roof, and reminiscent in some ways to Michelotti’s Daytona NART Spiders, yet with a character all its own. In 1974, it was exhibited at the Geneva International Motor Show on the Zagato stand. Afterwards, the car was featured in Quattroroute magazine, on behalf of its U.S.-based owner, the aforementioned Mr. Kennedy, who previously owned the car and liked it so much, he bought it back from Chinetti and kept it until the 1990s.

The 330 GTC was shown at the Pebble Beach Concours d’Elegance in 1996 and has been featured in a number of books and articles, such as Antoine Prunet’s The Ferrari Legend: The Road Cars, and Ferrari by Zagato by Michele Marchiano. Chassis number 10659 remained as part of the prestigious Schermerhorn Collection for many years. During Mr. Schermerhorn’s stewardship, it was FIVA certified in Holland in 2004 and invited to take part in the Concorso d’Eleganza Villa d’Este. It was then purchased by the current German collector ten years ago, and has recently been serviced by Modena Motorsport in Langenfeld, Germany.

The only extant 330 GTC clothed by Zagato and one of only a handful of Zagato-bodied Ferraris, this would make a stunning addition to any collection, and it would surely be welcomed at the world’s most exclusive concours events, as it has been in the past. 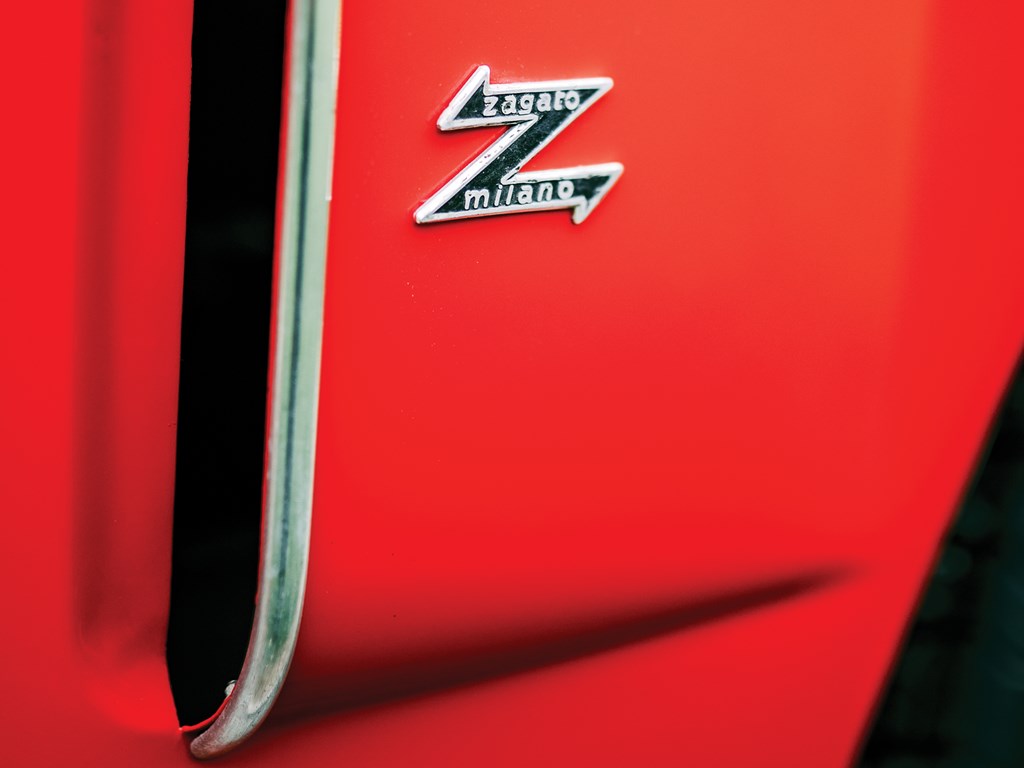 Zagato: A Century of Defying Convention

The Milanese coachbuilding firm celebrates a centenary of redefining ideals of aerodynamics, performance and design in a bold, artistic and controversial manner which only a Zagato can.