Ford was on the ropes following World War II. Losses were mounting and Ford needed a winner. The new Ford cost the company $72 million in investment and 10 million man hours, but by the end of 1949, it had earned the company $177 million in profit and had outsold Chevrolet by 100,000 vehicles. A record 28.2 million people checked out the new Ford in dealer showrooms over the first three days of its announcement. Although the 1950 Fords looked very similar to the revolutionary 1949 Fords, there were reportedly 50 improvements for 1950. These consisted of minor changes, such as the recessed filler cap, new hood ornament, button door handles, a three blade radiator fan, lower parking lights in wraparound chrome housings, a Ford crest to replace the block Ford letters, more durable seat foam, and better quality fabrics, which all added up to an improved, cleaner, and more appealing design.

All 1951 Ford convertibles were powered by the trusty 100 brake horsepower, 239-cubic inch flathead V-8 fitted with a Holley two-barrel carburetor. The flathead in 1951 was smoother and quieter, thanks to new composite timing gear, revised pistons, a new crankshaft, and the fitting of rubber o-ring seals. The pristine 1951 Ford Custom Deluxe Convertible seen here has undergone an extensive rotisserie nut-and-bolt, fully detailed restoration. The undercarriage and engine bay are detailed to show condition and appear as though the car has barely seen the road. As expected, the engine and three-speed manual transmission seem to be in good working order and appear clean and tidy throughout. Optional features include a factory radio, a clock, twin mirrors, a power top, a bumper guard, wide whitewall tires, Kelsey Hayes wire wheels, and a rear-mounted Continental kit and spare tire. Finished in a bright lipstick red with a cream and grey interior, this stylish, turn-key convertible is ready for the nearest drive-in. 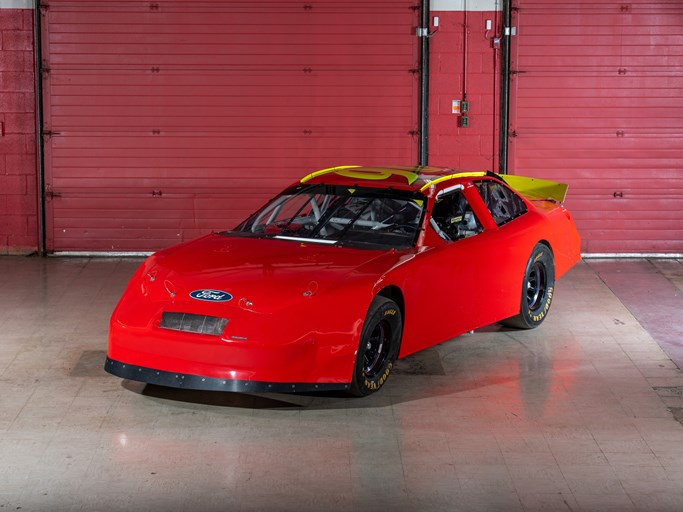