The happy if unintended result of this was that cars like this 1936 Ford DeLuxe Roadster, with only 3,862 of this model built, were so rare when new that the survivors are hotly desired by collectors and are some of the most sought after and valuable of all period V-8 Fords.

This particular DeLuxe Roadster was reportedly one of the first to be built for the 1936 model year, with a September 1935 date of manufacture. It was beautifully restored in previous ownership and finished in factory-correct Black with Apple Green striping and Gray Brown veal-grain leather upholstery. It is equipped with a rumble seat and a very desirable original accessory radio. The top and interior are beautifully fitted and use LeBaron-Bonney materials.

The restoration was judged three times at Early Ford V-8 Club meets, eventually receiving a perfect score of 1,000 points and no fewer than three of the famed Dearborn Awards. Jerry Veley, the Ford expert who restored the car originally, freshened its restoration in 2009/10, and it remains in high-point condition, with recent detailing and preparation by RM Auto Restoration.

This beautiful example of the DeLuxe Roadster is still an outstanding 1936 Ford, with the quality of its restoration shining in every nut and bolt. 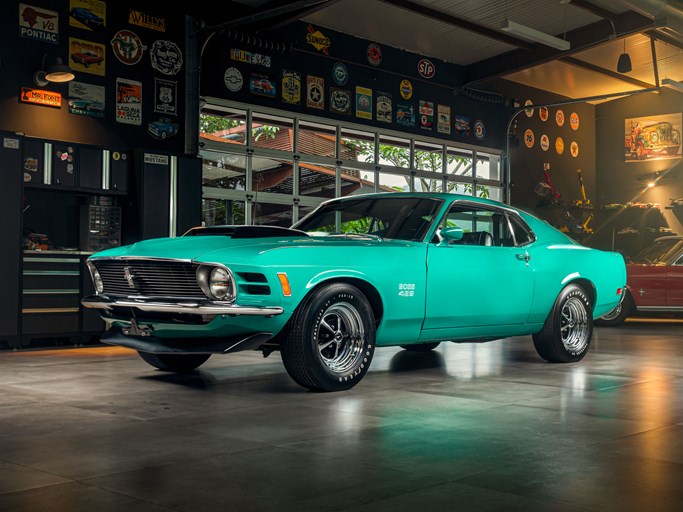