In 1941, Spencer Tracy was selected as America’s favorite movie star, and as part of a Chevrolet promotional contest, he was given a new 1941 Chevrolet. There were many improvements and additional standard equipment for the 1941 Special DeLuxe, including a deluxe steering wheel with a horn ring, stainless-steel hood moldings, window reveal moldings, and a chromed license plate lamp.

The Special Deluxe comprised six distinctive body styles, some of which were unique to this series, such as the two-door convertible. Some 15,296 convertibles were built, and because of their elegant styling, they have remained a great favorite with collectors to this day.

The longtime California car offered here is finished in black with a correct new maroon leather interior and matching black top, supplied by well-known vintage Chevrolet upholstery suppliers Hampton Coach. Also, note the beautiful woodgrain dashboard and garnish moldings by noted California craftsman Bob Kennedy. The owner notes that it is equipped with an AM radio, back-up lights, an umbrella holder, a driver’s side spotlight, wheel trim rings, and whitewall tires. The paint and much of the chrome appear to be in good condition, while much of the interior hardware is still original. The odometer shows what is believed to be 5,129 miles at the time of cataloguing.

This would be a wonderful summer cruiser for its lucky new owner. 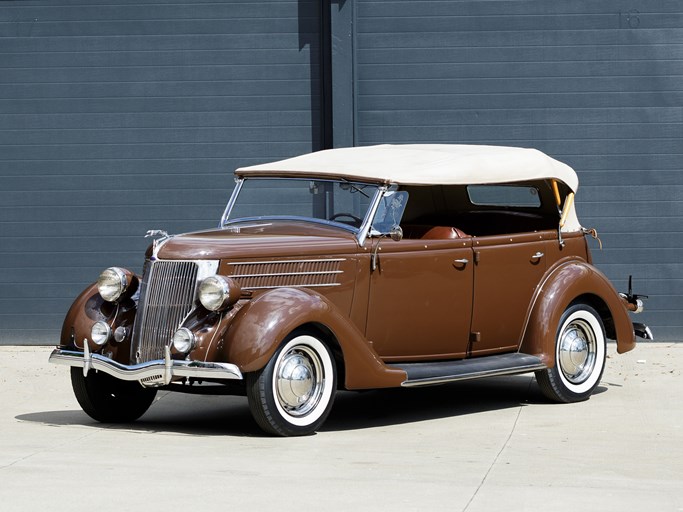