For Cadillac, the Series 62 was a highly successful model during the immediate post-war period. Its styling was ultra-modern, though largely unchanged from the pre-war 1942 models, with clean lines and a strong Cadillac identity. For 1946, the grille and front parking lamps were somewhat altered, small dashboard details were modified, and wraparound bumpers were added. Mechanically, the cars featured Cadillac’s “battle proven” 346-cubic inch V-8 engine, mated to a three-speed manual transmission, but the Hydra-Matic was available as an option.

While Cadillac resumed civilian automobile production soon after VE Day, strikes and sheet-metal shortages held Cadillac production to just under 30,000 units for 1946, with the Series 62 being the division’s biggest seller. But Cadillac fever had hit America, and by 1947 some 96,000 orders remained unfilled, which was an astounding statement to the popularity of these fine automobiles.

The Series 62 Convertible Coupe offered here is documented by a copy of its original build sheet, which states that it was sold to General Motors of Canada, destined for a buyer in Toronto. The build sheet records that it was to be shipped to the “Customs Compound” in Windsor, Ontario, via “driveaway – Ambassador Bridge.”

The car later received a body-off, nut-and-bolt restoration, which was completed in 2007, after over 25 years of painstaking work, and it is now in its original color of Madeira Maroon. It has been bestowed a number of honors, including CCCA Senior status, with badge number 2485, in 2008, and an AACA Junior Award, badge number W22694, in 2009. In the Kughns’ ownership, it was a class award winner at the CCCA Grand Experience in 2012, and it has been shown at the Michigan Grand Classic and at the Bay Harbor Motoring Festival.

The car, which has been driven just over 2,000 miles since restoration, including trouble-free use in a CCCA CARavan, retains its original engine, as documented by the build sheet, and it remains well presented and excellent throughout. The car is very well equipped, with such features as a Hydra-Matic transmission, a power antenna, a power-operated front seat, a power top, and power windows, as well as dual backup lights, dual fog lights, and dual side mirrors.

This excellent Series 62 Convertible Coupe is sure to continue its winning ways on the show field, as well as provide a wonderful open touring experience for its new owner. 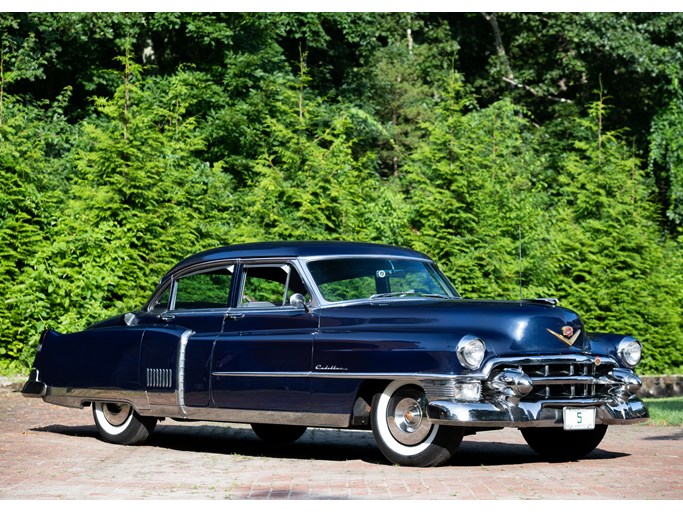