Please note that this lot is offered on a Bill of Sale only. Please also note that Internet bidding is not available for this lot. Interested parties that are unable to attend the sale may register to bid by telephone or place a commission bid online at rmsothebys.com.
Addendum: Please note that further research indicates that this car was not owned by Paul Newman.

An import duty of 2.5% of the purchase price is payable on this lot if the buyer is a resident of the United States.

With the introduction of the new 3.0-liter displacement limit for Group 5 World Championship Sports Cars, which rendered the magnificent 917 obsolete, Porsche channeled its efforts into two very different programs for 1972 rather than continuing with a Works WSC effort. On the one hand, Porsche would pursue the 1972 and 1973 Can-Am Championships with its formidable Penske-run 917/10 and 917/30 behemoths. It also continued development of the 911-based RS and RSR variants for the GT class for International long-distance racing.

Typically, the staff at Weissach managed to further reduce the weight from the already lightweight Carrera RS 2.7, while simultaneously increasing power without compromising reliability. By using GRP panels and plastic side windows, and stripping out all but the most essential items of interior trim, the RSR barely tipped the scales at 900 kg dry. For 1974, a new 3.0-liter engine with Bosch twin-spark ignition was employed, with a resultant power increase to 330 bhp. The now-redundant 917 parts bin was raided for brakes and center-lock wheels, while flared wheel arches, a front airdam, and the now iconic “tea-tray” spoiler gave the car a very aggressive posture.

This RSR, chassis no. 9115609121, was the eighth of only 10 such cars constructed for the 1975 season. It was then delivered to the factory-supported Tebernum Racing team. The German team had campaigned two earlier RSRs in 1974, driven by team owner Franz-Josef Weisskopf and Hartwig Bertrams, in a busy season of European GT and DRM (Deutsche Rennsport Meisterschaft). For 1975, an even more ambitious schedule was planned, including competing in no less than six of the nine rounds of the World Sportscar Championship.

The car’s first competitive outing was the Mugello 1000 KM, the second round of the WSC, where Bertrams was paired with experienced Porsche racer Clemens Schickentanz and ex-BRM and Lotus Formula 1 driver Reine Wissell. Although the GT cars could not possibly be expected to challenge the Sports Prototypes for overall honors, the class-winning Georg Loos (Gelo) Team RSR of Manfred Schurti, Toine Hezemans, and John Fitzpatrick nevertheless finished a credible 9th overall, with the Tebernum car finishing an auspicious 12th overall and 4th in class.

In the third round of the Championship at Dijon-Prenois, the team enjoyed an excellent run in the 800-km race, finishing 7th overall and 2nd in class, the winners once again being the Gelo car of Hezemans and Fitzpatrick. A fortnight later, at Monza, Tebernum’s consistent run continued, with a 3rd in class finish (9th overall) behind the two Gelo RSRs, once again.

At the Spa 1000 KM in the beginning of May, for once Gelo did not have everything their way. With the formidable combination of Hezemans, Fitzpatrick, and Schurti having problems early in the race, the opportunity for others to capitalize was there. However, by the finish, it was the relatively unfancied Club Romand RSR of Claude Haldi and Bernard Beguin that took GT class honors and 4th place overall, where Bertrams and Wissell finished 4th in class and 8th overall.

With the Gelo team absent, and a lackluster entry across all classes for the Coppa Florio 1000 KM at Enna-Pergusa in mid-May, the Tebernum team was all but assured that elusive GT class win. So it proved, with the team coming home 4th overall behind the two semi-Works Alfa Romeo T33/12s of Merzario/Mass and Bell/Pescarolo, and the privately entered Porsche 908/4 of Reinhold Joest and Mario Casoni.

After retiring at the Nürburgring 1000 KM at the start of June, the team was looking to bounce back at Le Mans. With the driving squad reduced to just Bertrams and Schickentanz for the longest and most important race of the year, the car ran strongly early on, but retired with engine failure four hours in. Unconfirmed reports blame the drivers for placing unreasonable demands on the car in their pursuit of the Gelo team and – to rub salt in the wound – the lead Gelo RSR of Fitzpatrick and Gijs van Lennep finished a comfortable GT class winner and a remarkable 5th overall.

After the disappointment at Le Mans, Tebernum concentrated on the European GT Championship in which – after a 2nd place at Imola and 4th place at Zeltweg – Bertrams held onto 2nd in the points standing by the season’s mid-point. From the third round onwards, Bertrams moved to one of the team’s older ’74 cars – 9114609067 – with Wisell and Schickentanz sharing this car for the balance of the year. In retrospect, the decision to switch cars seems a puzzling one, for thereafter the car managed only a 6th place at Hockenheim and 7th at Misano – both with Schickentanz driving – whereas Bertrams took 4th and 3rd, respectively, in the older car. Indeed, Bertrams’ strong end to the season saw him emerge victorious in the penultimate round at Monza, which was enough to secure him the European title ahead of the arch-rival Gelo team of Tim Schenken and Toine Hezemans. A letter in the history file from Jürgen Barth to subsequent owner Robert Luth notes that “(Bertrams) most probably won the GT championship with this car.”

With the merger of the Tebernum and Gelo teams in 1976, resources were pooled between drivers and equipment. Bertrams departed to the rival Egon Evertz team, while Schickentanz was retained to drive 9115609121 at Le Mans with another Formula 1 refugee, popular New Zealander Howden Ganley. Broadly retaining its blue and white Tebernum livery, as opposed to the customary red of Gelo, the pairing qualified 40th but regrettably retired after six hours with driveshaft failure.

In 1977, after its competitive racing career, the car was sold to the United States. It was then acquired around 1982 by noted Porsche authority Ron Armour of Orange, California. Armour embarked upon a total restoration which included taking great care to preserve the original RSR body panels. The work was completed in time for the car’s historic racing debut at the 9th Monterey Historic Automobile races later that year, photos of which are included on file. Subsequently the car was sold to Bob Luth of Darien, Connecticut, prior to it being acquired by eminent Porsche collector Michael Amalfitano of Gilford, New Hampshire, in February 2002.

Following Amalfitano’s untimely passing in 2009, the car was sold to Claudio Roddaro of Monaco in 2010, who in turn sold it to the current owner in 2014. Since, the car has been a regular front runner in historic racing events, having won its class – with the current owner sharing driving duties with none other than ex-Works Porsche driver Uwe Alzen – at both the 2016 and 2018 editions of the Le Mans Classic.

Immaculately presented in its period Tebernum livery and race prepared by marque specialists and Le Mans-winning team Roock Sportsystem, 9115609121 is accompanied by current FIA HTP papers (valid through 31 December 2025) and a comprehensive history file. As a highly historic example of this most desirable and charismatic of all normally aspirated 911 variants, it would doubtless be a welcome entry to the myriad events on either side of the Atlantic for which it is eminently eligible and highly competitive. 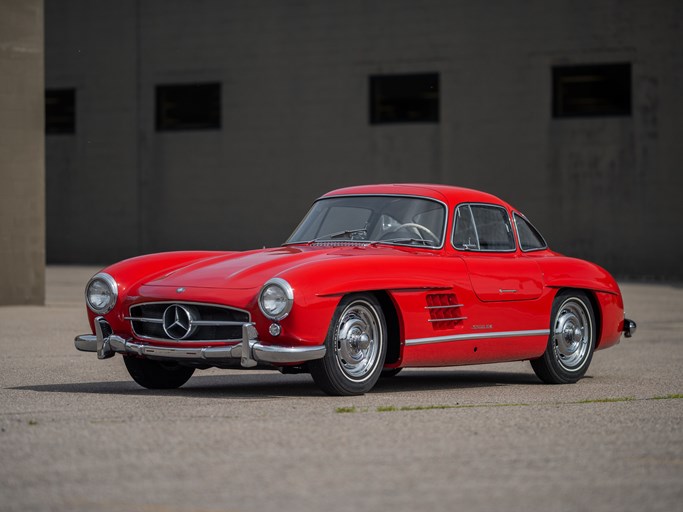