The Alfa Romeo seen here during its entry to the 1968 Gran Premio de Mugello.

The Alfa Romeo makes its competitive debut at the 1968 Nürburgring 1000 kms.

Zagato will always be regarded as one of the great coachbuilders and arguably the strongest partnership throughout its history has been with Alfa Romeo. From building bodies on all-conquering 8Cs to producing radical designs such as the RZ and SZ, the two companies have garnered a loyal following amongst true car enthusiasts. One of the partnership’s most successful models was the Tubolare Zagato, otherwise known as the TZ.

The TZ project was born out of the introduction of the 105-series 1,570 cc Giulia. Following on from the marque’s success with the Giulietta SZ, the TZ used an entirely different chassis design in the form of a lightweight spaceframe. The alloy body was a development of the ideas behind the SZ Coda Tronca, utilising a low-drag nose, small frontal area, and a Kamm tail. The running gear was equally advanced, with independent suspension and disc brakes at all corners, a five-speed gearbox, and a limited-slip differential. The design was a success; during 1964 and 1965, the TZ achieved World Sportscar Championship class victories in all corners of the continent, scoring high profile wins on the Tour de France and Targa Florio, and dominating the field at Le Mans, Sebring, Montlhéry, the Nürburgring, Spa, Mugello, Enna, and Bridgehampton.

First mention of this TZ, chassis “750087”, is in an Autodelta invoice to Alfa Romeo on 2 April 1965. The car left the Alfa Romeo production line on 21 July 1965 before being delivered on 8 September 1965 to Alfa Romeo Lugano. According to the Alfa Romeo Zagato Register, it was traded through well-known Alfa racer Karl Foitek to Peter Schetty, another racer who kept it until late 1966. Its next owner was Uli Maurer, who in turn sold this TZ to James Bernard Fortmann on 26 April 1968.

Fortmann campaigned the car with Squadra Piloti Bardahl, giving chassis “750087” its competition debut at the 1968 Nürburgring 1000 km. Sharing with Urs-Peter Dietrich, they finished 36th overall and 5th in the prototype 1.6L class. This TZ was then entered for the Montseny Hillclimb on 2 June 1968 before appearing six days later, this time in the hands of Jean-Claude Ehinger, for the Hockenheim round of the ACS Swiss Championship. Its final race was the Gran Pemio de Mugello, a 66.8-kilometre circuit made up of public roads around Tuscany. Fortmann lent the car to Urs-Peter Dietrich and Eric Chapuis, but damage to the right rear in practice forced its retirement.

In October 1968, Fortmann sold this TZ to Ehinger, who kept it for a year before a fire under the bonnet put the car out of action. The TZ was sold to Garage Spycher of Agno, which replaced the engine and kept the car until 1983, when it passed to Ernst Hugentobler. Hugentobler would enjoy this TZ for 17 years before it returned to the previous Dutch owner. During this second, 16-year stint of ownership, the incorrect-type engine was changed for an original TZ engine, Tipo 511, numbered “00034”, from chassis “750066”. It features a tag stating it was tuned by Facetti, and boasts a desirable twin-plug cylinder head.

This TZ passed into the current ownership in 2016, and since then has been certified by the respected Registro Italiano Alfa Romeo; its report noted: “the car had never undergone a radical restoration and presents a high degree of conservation and authenticity. The vehicle is compliant with the original configuration, with documented historical continuity.” Wonderful details such as the stop pads on the corners of the bonnet, a leatherette cover on the rear-top shock absorber, and Alfa Romeo rubber straps in the rear of the cabin are signs of real care that this example has benefitted from.

Today, this TZ presents as a wonderfully genuine example of one of Alfa Romeo’s most successful racing cars. Despite its unrestored cosmetic appearance, it has been mechanically maintained in the current ownership and enjoyed as a delightful road car. Nevertheless, this TZ is eligible for some of the best historic racing events including the Le Mans Classic, Velocity International, Tour Auto, Modena Cento Ore, and various pre-1966 GT race series. This is a rare opportunity to acquire a very genuine and charming Tubolare Zagato. 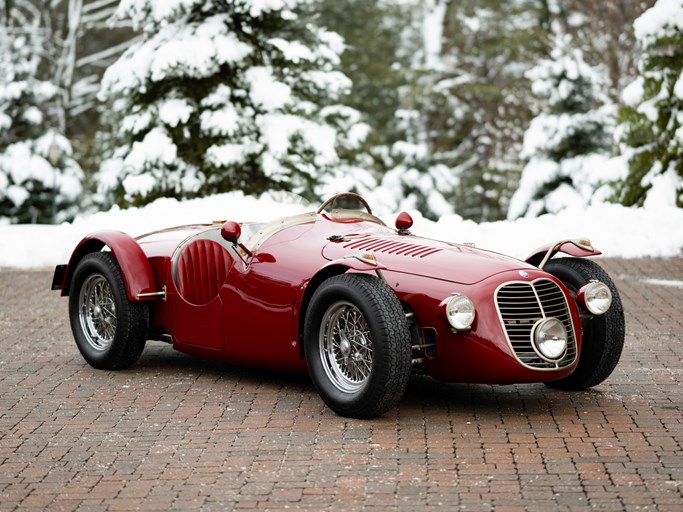 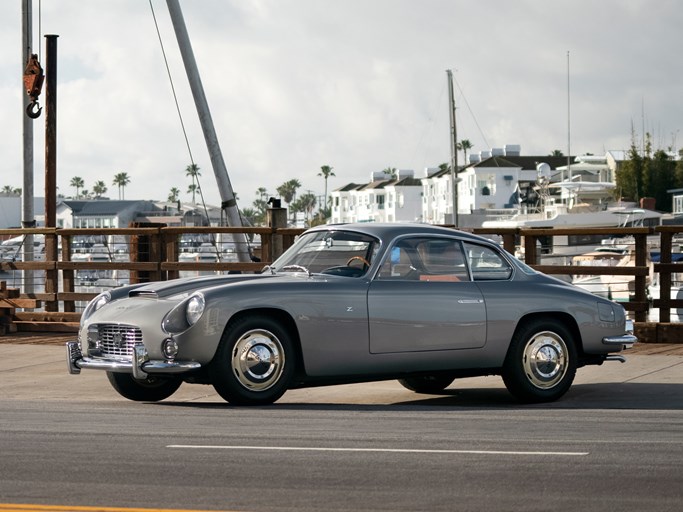