Looking to celebrate their victory in the Deutsche Tourenwagen Masters (DTM) Championship in 2003, Mercedes-Benz produced a limited run of CLK DTM AMG coupes. Unveiled in 2004, just 100 coupes were produced, featuring a de-tuned version of the racing car’s 5.5-litre V-8 engine mated to a SpeedShift 5G-Tronic automatic transmission, racing inspired suspension, and a luxurious interior. Producing 582 bhp and with a top speed in excess of 320 km/h, it could reach 100 km/h from a standstill in just four seconds.

The CLK DTM AMG Coupe proved to be incredibly popular and was incredibly well received by some of the best racing drivers of the era. CLK DTM AMG owners included Juan Pablo Montoya, Mika Hakkinen, Kimi Raikkonen, and Jenson Button. Looking to capitalize on that popularity, Mercedes-Benz produce a run of CLK DTM AMG Cabriolets, offering the same performance with the added thrill of open top motoring. Only 100 CLK DTM AMG coupes were built, but the cabriolets were even rarer, with just 80 examples produced.

While vast majority of CLK DTM AMG Cabriolets were originally painted in subtle tones of black or silver, and it is believed that just five cars were finished in Fire Opal Red, including the car offered here. Built to European specifications, it was delivered new to its native Germany before being shipped to the United Arab Emirates, where it has remained for the majority of its life.

There, the car caught the eye of a member of the royal family in the emirate of Sharjah who became the car’s first private owner. It was delivered new through Gargash Enterprises, an official Mercedes-Benz dealership in Dubai. The CLK DTM AMG Cabriolet’s next owner would be a Sheikh in the city of Al Ain in Abu Dhabi, before the car was sold to its third private owner in Bahrain, who was a member of the Bahraini royal family. An invoice from its time in Bahrain, in addition to non-factory paintwork in the front end, indicates the car was damaged in the front driver’s side at some point in 2015. Repairs carried out in May of 2015 by Al Haddad Motors, an official Mercedes-Benz dealership in Bahrain, show the purchase of a variety of components, including springs, paneling, a radiator grill shell, lights and blinkers, a window regulator and sealing frame, as well as a new steering wheel.

More recently, the car has returned to the United Arab Emirates, and it has been driven just under 15,200 km from new. Its last services was carried out by Mercedes-Benz in February of 2020, and it is important to note that the car has been regularly maintained by Mercedes-Benz dealerships throughout it life. As such, it presents in excellent condition throughout, no doubt thanks to its minimal use and diligent service history.

Undoubtedly one of the most fascinating automobiles built by Mercedes-Benz thus far into the 20th century, this car’s Fire Opal Red paintwork adds an extra splash of visual drama to an already wild car. It would be hard to imagine a more eye-catching or thrilling four-seater convertible to enjoy on the open road. 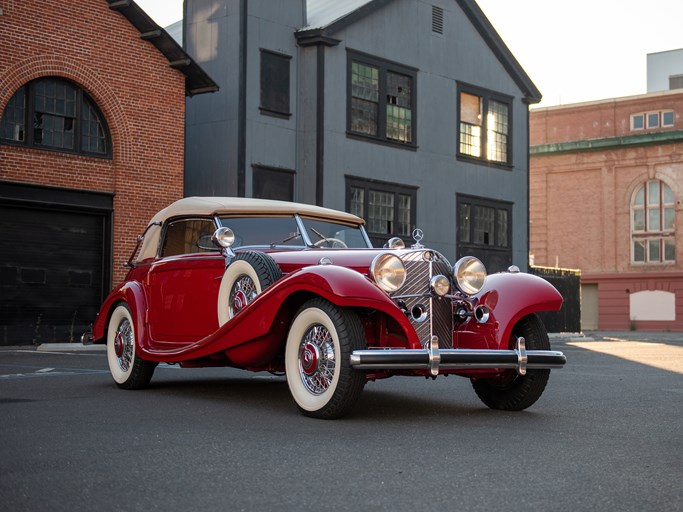 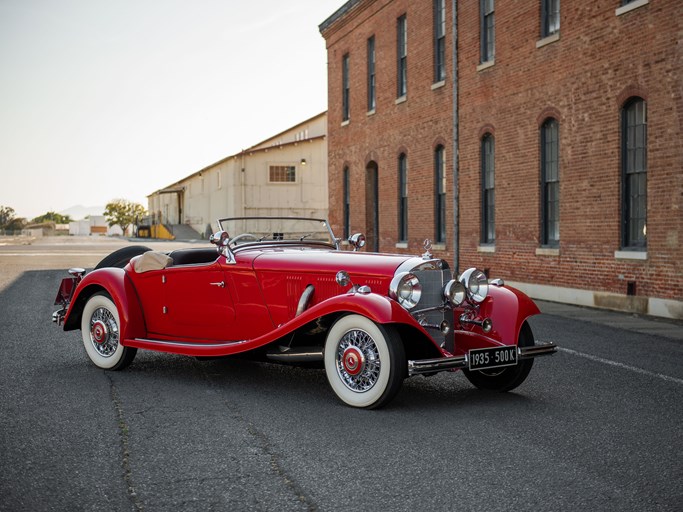 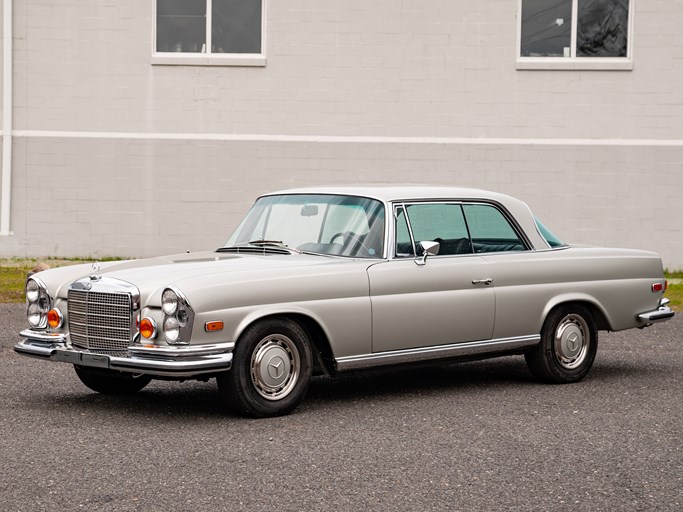