By 2012, the Bugatti Veyron had solidified its status as the industry’s gold standard for hypercars. To many, it came as no surprise that Bugatti would give the 1,200-bhp Super Sport treatment to the open-top Vitesse. In doing so, the company created the world’s fastest production roadster, clocking a top speed of 408.84 km/h.

Instead of being allocated for a specific customer order, this particular Grand Sport Vitesse, the 73rd of 92 examples produced, was built for Bugatti themselves to be used as a display car at corporate and promotional events. Built to EU specifications, it boasts a unique configuration within Veyron production and is finished in two-tone Porsche Carrera White and Blue. Exterior options include painted air intakes and two-tone Super Sport wheels. Inside, the interior is trimmed in Lake Blue leather with white stitching and is fitted with sport comfort-style seats as well as a carbon fibre centre console and door inserts.

Produced in early 2014, this Grand Sport Vitesse appeared at a Bugatti event at Bassano del Grappa in Italy in July of that year, and at an event in Porto Cervo later that month. It left Bugatti’s ownership in August of 2014 when it was delivered to its first private owner via Bugatti Cannes. It was first registered in Lithuania prior to being reregistered in Monaco. The accompanying service book shows regular services by Bugatti Cannes at 991 km in October of 2015, 1,197 km in November of 2016 and 1,498 km in December of 2017.

Currently, the car shows just under 2,750 km from new and presents wonderfully throughout. It is important to note that the car has recently been fitted with a new set of correct Michelin tires and is accompanied by a car cover, owner’s manuals, battery tender, HP iPaq for servicing, display box with speed key, as well as its soft and hard tops.

Nearly seven years after its initial introduction to the public at the 2012 Geneva Motor Show, the Grand Sport Vitesse can still handily outrun and outperform many of the contemporary crop of hypercars being produced today. Offered in tasteful and unique colours with only 2750 km from new, this Veyron begs to be driven and enjoyed and would certainly relish in the opportunity to explore its upper limits of performance. 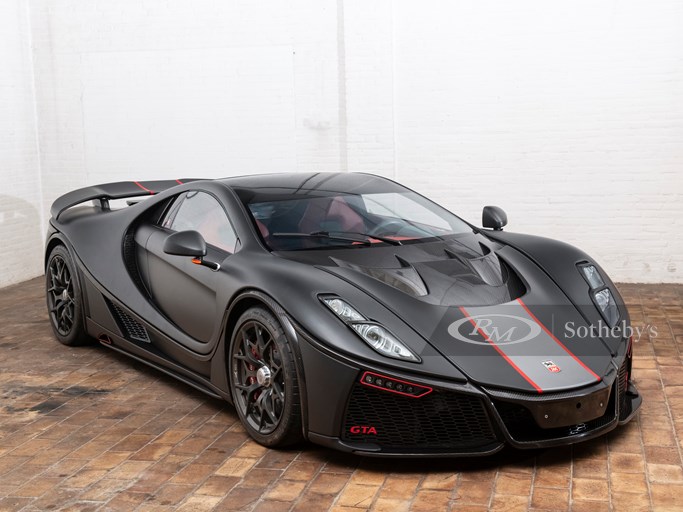