Catalogue
Chassis No.
Engine No.
BC51LC
BCC50
Please note that Internet bidding is not available for this lot. Interested parties that are unable to attend the sale may register to bid by telephone or place a commission bid online at rmsothebys.com.

The R-Type Continental may have been born in Great Britain, but it was in France where it learned to stretch its legs. Specifically, one looks to the “French Indianapolis” banked oval of L’autodrome de Linas-Montlhéry.

It was here, in September 1951, a Continental prototype ventured. Evolved from the standard R-Type, it featured a modified carburetor and manifold setup for more power, tall gearing and close gearbox ratios, and most importantly, lightened bodywork with more than 225 kilograms shaved off the standard Bentley. Typical of Bentley in this era, the modifications were performed with a light touch, but they worked. Running with all its heart and soul at Montlhéry, the Continental achieved 192 km/h…that is two miles in a minute. It was, as its makers would boast, the fastest production four-seater in the world.

Some 30 kilometers from Montlhéry, in the City of Lights along the Seine, renowned coachbuilder Marius Franay took notice. On its own, the Continental would have, as another British manufacturer would have put it, grace, space, and pace. Franay gave it outright sex appeal. Only five Continental chassis would be bodied in France, and Marius Franay’s touch was found on every one of them.

Scion Edouard Vandendriessche celebrated his company’s return to post-war success by motoring appropriately. The new automatic transmission was available, but apparently he would have none of that nonsense, requesting a center-mounted manual gearshift, the sportiest option available, as well as a radio. The chassis, intended for use in France, was specified with left-hand drive. All but 15 Continental Rs were H.J. Muller “fastbacks”; this car’s coachwork would be styled and built in the owner’s home country, by the fine carrossier Franay. BC51LC is the first of five Continental Rs to be bodied by Franay, comprising three fastbacks and two fixed head coupes. According to notes in the Bentley Continental Sports Saloon Register, BC51LC was shipped to Boulogne, and driven to Franay in Paris by a Franco-Brittanic chauffeur sitting on a crate!

The design for this rarely seen variation was based upon H.J. Mulliner’s shape for the Continental, but with its own sleek touches, such as a front fender line that falls into a delicate crease through the doors, and a hint of the curves that had defined Franay’s pre-war styling. The rear fenders were more upright, sportier, and the rear windows were larger, for glancing at those you’ve overtaken. Franay bodied only three cars in this decidedly muscular design; chassis BC51LC is one of only two on the desirable left-hand drive chassis (with the other’s whereabouts unknown for nearly 50 years) and the singular LHD example produced with a manual gearbox.

M. Vandendriessche retained his special Bentley for nine years; a photo, likely taken in his ownership, appears in Martin Bennett’s Bentley Continental, Corniche & Azure 1951–2002. The car was turned back in to Franco Britannic Automobiles in 1963 and resold to Farnham Rehfisch, a Parisian high school teacher, who kept the car for only three months. The third French owner was a medical doctor in the Parisian suburb of St. Cloud, Pierre Mauranges. In January 1965, the Bentley was purchased by an early appreciator of this model in the United States, D.J. Smith, with whom it journeyed stateside for the first time. Mr. Smith would continue a tradition of long-term ownership of this car, which he held for a dozen years.

In 1977, the Bentley was sold to Gene Littler, the professional golf star. Mr. Littler was well known at the time as a discerning car collector, with a small, well-chosen stable kept at his home in California, and who regularly visited Reno to discuss cars with his friend Bill Harrah. He enjoyed his Continental for five years, after which it was owned by a succession of other West Coast enthusiasts, as well as the respected Illinois collector of performance cars, Bill Jacobs.

More recently the car underwent a complete mechanical restoration performed by well-known specialists Vantage Motorworks; the engine, transmission, and clutch were completely rebuilt, and the engine bay and chassis were fully detailed, after which the car was shown at the 2012 Amelia Island Concours d’Elegance. Since then, the car has been regularly exercised. With reliability and power in mind, the engine has been upgraded with a larger cylinder head, correct for a late S1, as well as with a dual two-inch SU carburetor setup; the original components are available to the new owner, FOB Massachusetts.

Also accompanying are correct books, tools, the rare and valuable Continental Overseas Touring Spares Kit, and recent service records. Documenting the car are copies of its files from the Rolls-Royce Enthusiasts’ Club (Hunt House) and Rolls-Royce Foundation, a report on the car’s history by noted Bentley historian Diane Brandon, and copies of the original French registrations as accumulated for RM Auctions by Franco Britannic record-keeper, Marc Rabineau. Few Bentley R-Type Continentals have been as exhaustively researched as this lovely Franay.

Well sorted, beautifully presented, and superbly tailored as only Bentley’s engineers and Marius Franay’s hands could craft it, this unique Continental is the essence of tasteful, stylish speed. 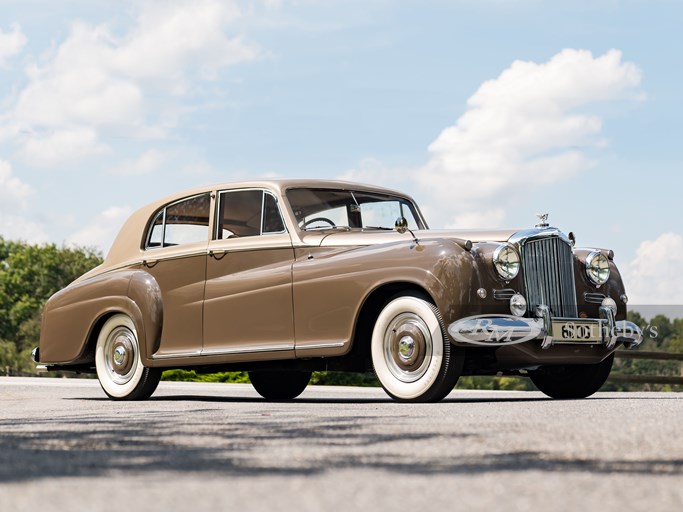 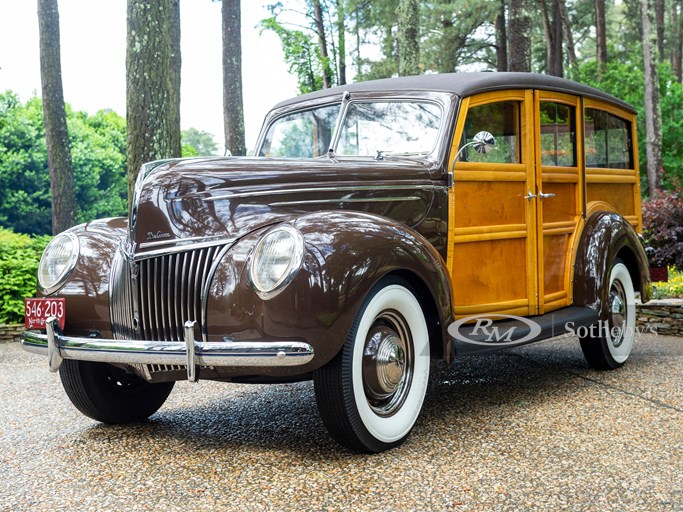 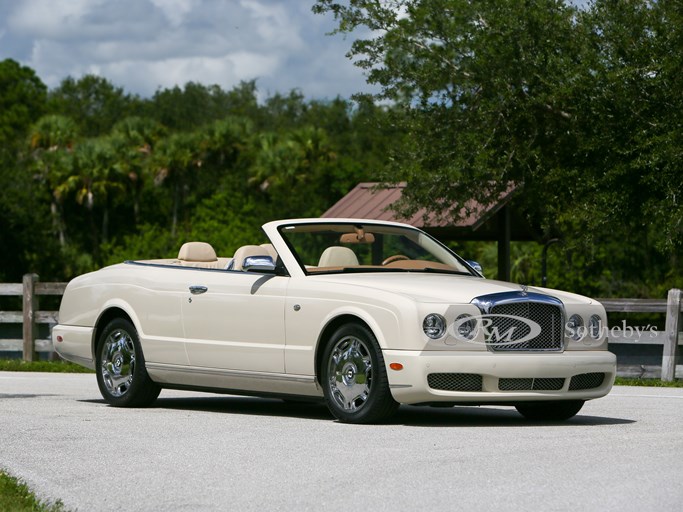