To say that this car is no mere Porsche is stating the obvious. It all but strikes you over the head with its presence, a rolling ensemble of flowing colors and emerging shapes that drifted out of pen, smoke, Southern Comfort, and the spirit of the age. It is an embodiment of its owner and her ethos.

Janis Joplin never needed status; she needed honesty, sincerity, and a hell of a lot of emotion, and those qualities spilled out of her in gravel tones and settled on these Stuttgart curves. She was her Porsche, and her Porsche is Janis Joplin.

THE HISTORY OF THE UNIVERSE

The genesis of the Joplin Porsche was a similar psychedelically liveried car that Janis had seen on the streets of San Francisco in 1968, with which she was delighted. With typical frugality, she picked up a four-year-old Porsche 356 SC Cabriolet from renowned Beverly Hills dealer Estes-Zipper for $3,500. She then handed it over to her band’s jack-of-all-trades “roadie,” Dave Richards. In the words of her brother, Michael, in a 2009 interview with Rick Marianetti of the San Francisco Examiner, “she liked his work…she gave him $500 and not a whole lot of direction.”

Richards covered the car’s grey paint—an ideal canvas—in Candy Apple Red from nose to tail. He then set to work on the new finish, inch by inch, his brushes etching out what he referred to as “The History of the Universe.” Portraits of the Big Brother and the Holding Company band members flowed up the left side; Janis’s astrological sign, Capricorn, appeared on the right rear quarter-panel. The verdant green valley of Northern California, containing a brown road that twists beneath mountains, appears on the right door, while the front hood contains “The Eye of God,” overseeing all else. Not a square inch of the Porsche’s bodywork was left untouched.

Janis and her cabriolet then became a familiar sight around the Bay Area and indeed over much of California. It was no stage prop; it was Janis’s daily driver, and where she went, the Porsche went too, with her own hands on the wheel, her hair blowing in the wind, and her feathered dresses rustling in a blur of color. It says a lot that when the car was stolen one night from a San Francisco street, the first thing the thief did was repaint it, having realized a bit too late that he had stolen the most recognizable car in town. Fortunately, the car was soon recovered, and as Richards had protected his art in clear coat, the spray-paint primer was removed with little damage.

Her Porsche returned to her, Janis drove it up and down the West Coast, tracing the rest of her career. By 1969, Big Brother had separated, and Janis formed a new group called the Kozmic Blues Band, followed in 1970 by her final ensemble, the Full Tilt Boogie Band. In 1970, Janis was in Los Angeles, recording what was to become her most popular album of all time, Pearl. On the evening of October 4, Janis parked her Porsche outside her hotel in Hollywood. Janis died that night, tragically young, at only 27 years old.

Janis’s attorney, Bob Gordon, commandeered the car from the ensuing press spectacle outside the hotel and garaged it safely away. It was returned to the Joplin Family and given to Janis’s manager, Albert Grossman, who took it to New York and loaned it to his various friends and clients. It was retrieved in 1973 by Michael Joplin and his sister, Laura, and was taken to Michael’s home in Ohio, where he rebuilt the original engine. The surviving Joplin siblings then shared use of the car for a number of years before having it restored in Denver in its original Dolphin Gray finish.

By the early 1990s, the car’s importance as an artifact of its owner and her era had become more clear, and the Joplin Family commissioned Richards’s original artwork to be duplicated on a new finish, with work performed by artists Jana Mitchell and Amber Owen of the Denver Center Theater Company. Working from stacks of period photographs, they recreated each of the artist’s original brush strokes, in essence retelling the history of the universe. With the work completed, it was loaned in 1995 to the Rock and Roll Hall of Fame and Museum in Cleveland, Ohio. With the exception of short stints with other museums, including touring with the Summer of Love: Art of the Psychedelic Era exhibition, along with an appearance at the Pebble Beach Concours d’Elegance, Janis’ Porsche has remained on display on the main floor of the Hall of Fame for the past 20 years.

Recently recommissioned, with its numbers-matching drivetrain returned to running and driving order by RM Auto Restoration, Janis Joplin’s Porsche is offered today for the first time since 1968 by her siblings, Michael and Laura, its sole owners since 1973. It is a singular opportunity to acquire what is, indisputably, the automotive icon of a generation and a story for the ages.

"Enjoy and have fun, and why not, if in the end, everything will end, right?" 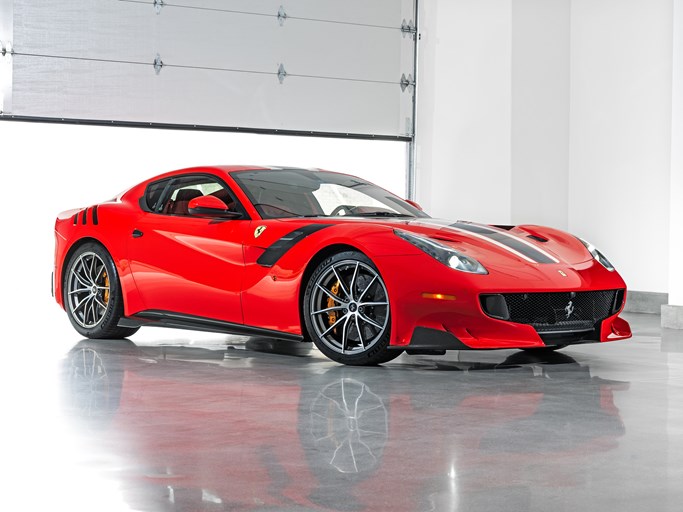