Inquire
Details Photos Documentation Additional Information
Chassis No.
SCFPMCRZ0JGK34252
Serial No.
88/99
Documents
US Title
To be offered on Saturday, 20 August 2022

British luxury automaker Aston Martin and Italian coachbuilder Zagato first joined forces in the 1960 to produce the DB4GT Zagato racecar. The lightened, streamlined version of Aston Martin’s DB4 could have been the beginning of the end for the two, as demand was not as strong as either party had hoped. But history has been kind to the DB4GT Zagato, thanks in part to a strong competition debut in 1961, when Stirling Moss took third place at the Goodwood TT.

The two parties took a lengthy break before rekindling their relationship in the mid-1980s with a special coachbuilt version of the muscular Aston Martin V8 Vantage. It would simultaneously pay homage to Aston Martin’s previous collaboration with Zagato and set the stage for the next 35 years.

By the 21st century, Aston Martin and Zagato’s partnership was as strong as ever, with iterations of the DB7, Vanquish, V12 Vantage, and DBS. So, it was hardly a surprise when, at the Concorso d’Eleganza Villa d’Este, on the shores of Lake Como, Aston Martin took the wraps off its latest Vanquish Zagato in 2016. The car was first presented in concept form, and four production body styles would eventually follow the coupe—the racy speedster, the voluptuous shooting brake, and the evocative Volante convertible.

The following year, Aston Martin chose the Pebble Beach Concours d’Elegance as the stage for the Vanquish Zagato Volante’s global debut. Presented alongside the production Vanquish Zagato coupe, the drop-top Volante shares the bladed rear-end treatment and other styling cues that link it to the Vulcan supercar, while the wing mirrors draw from the One-77 supercar. Carbon-fiber lower sills remind those who catch a glimpse of this special Aston Martin that it is more than rolling art. Where the Volante differs compared to the coupe is above its belt line. The twin cowls integrated into its rear deck merge into the leading edge of the trunk lid. Hidden underneath is a special convertible top specific to the Zagato Volante.

Inside, Zagato worked directly with Aston Martin’s bespoke Q division to create special cabin treatments befitting the car’s unique positioning in the Vanquish lineup. The quilted Z-pattern detail on the Bridge of Weir leather upholstery adds a distinct touch. Zagato took conventional carbon-fiber trim and reworked it in a herringbone pattern for the dashboard and doors.

This Vanquish Zagato Volante is number 88 of 99 produced and one of only a dozen or so allocated to the U.S. market. Registered to its first owner in Downey, California, it shows only 1,052 miles on the odometer at cataloguing time. 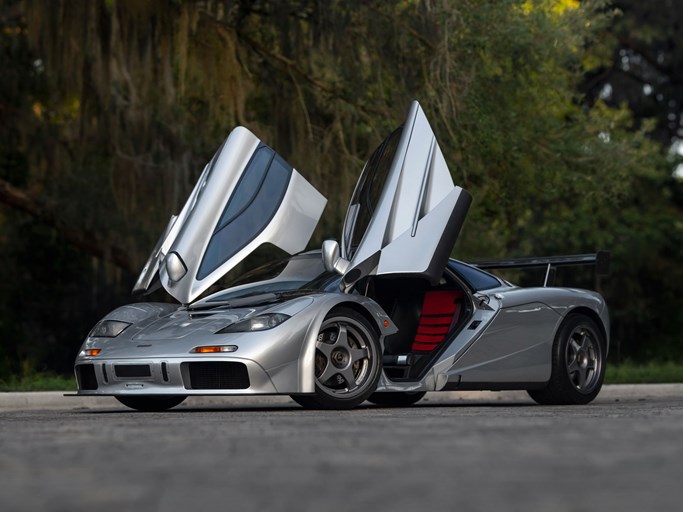