This sprint car, “Blair’s Offy,” is a unique snapshot of a particular place and time. Its owner, Don Blair, was a racer and proprietor of Blair’s Speed Shop of Pasadena, California; both Don and his establishment were fixtures of the hot-rodding and racing scene in those booming post-war years. To build this racer, Blair tapped fellow Californian and 1999 National Sprint Car Hall of Fame inductee Granvel “Hank” Henry, a skilled sprint car constructor and a capable competitor behind the wheel.

Powering the car is a 270-cubic-inch Offenhauser four-cylinder overhead-cam engine built by Indy car mechanic Jud Phillips. One of history’s all-time great racing powerplants, its use on this car was an interesting choice for Blair and Henry, as it was clearly the twilight of the “Offy’s” dominance; V-8s were becoming commonplace on sprint circuits by the late 1950s, and eight-cylinder motors would become the universal form of motivation just a few years after this car's completion.

It was nevertheless a competitive package, successfully piloted by 2012 National Sprint Car Hall of Fame inductee Colby Scroggin in 1960 and 1961. Notable moments included victory at Los Angeles, California’s Ascot Speedway in 1960, as well as wins at Imperial Valley Speedway, the Louisiana State Fairgrounds, and Ascot again in the following year.

While sprint car racing can be hard on both man and machine, “Blair’s Offy” is fortunate to have survived the rigors of the track. Acquired by present ownership in 1992, and it has benefitted from a total restoration back to its period-correct specification. Its aluminum bodywork is finished in a sleek black livery with hand-painted purple lettering and race numbers, and it sports a Halibrand quick-change rear end and rides on knock-off Halibrand wheels shod in period-look tires—Firestones in front, Goodyears in back. Offenhauser engine number 181 is tucked underhood; intakes projecting from the hood’s left side, and exhaust from the other, contribute to its purposeful look.

Featured in the July 2012 issue of SprintCar & Midget magazine, a copy of which accompanies the sale, it is an Antique Automobile Club of America certified competition race vehicle, proudly displaying badge number 098 on its dashboard.

Although Don Blair died in 2011, his speed shop—billing itself as “the world’s oldest”—endures. Likewise, this car is a monument to a special moment in time, and the men that made such times possible. Built by a notable constructor at the behest of a storied personality in the Southern California speed scene, and raced with success by a recognized sprint car hall-of-famer, “Blair’s Offy” would make for a wonderful addition to any collection with an American motorsport focus. Accompanied by a history file and an additional set of later body panels, it will make a splash wherever it is exhibited. 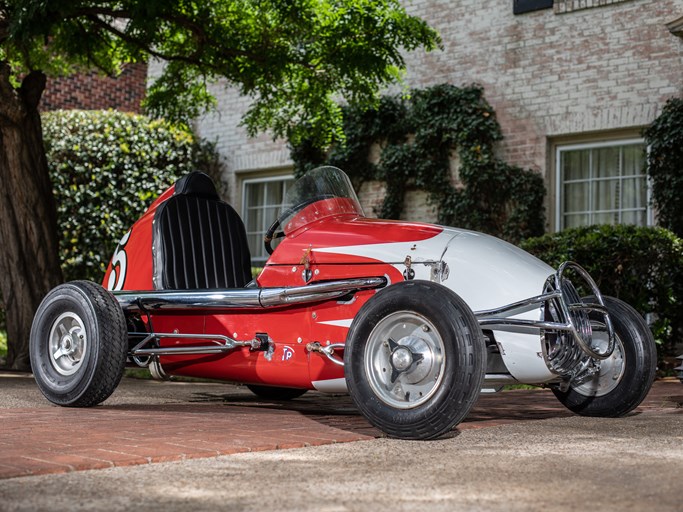 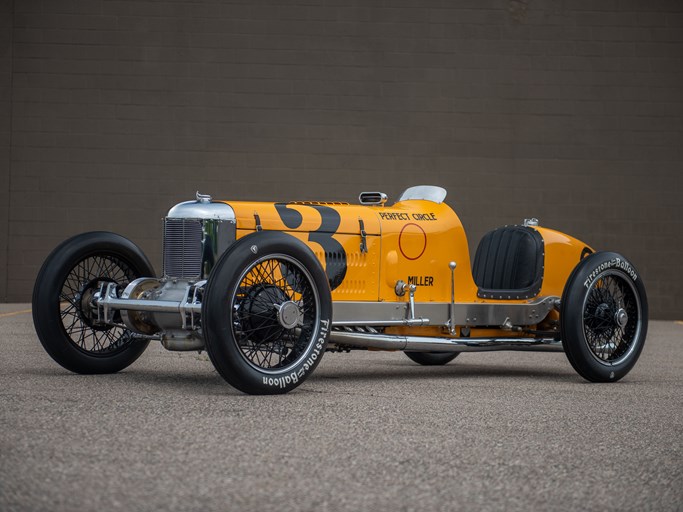 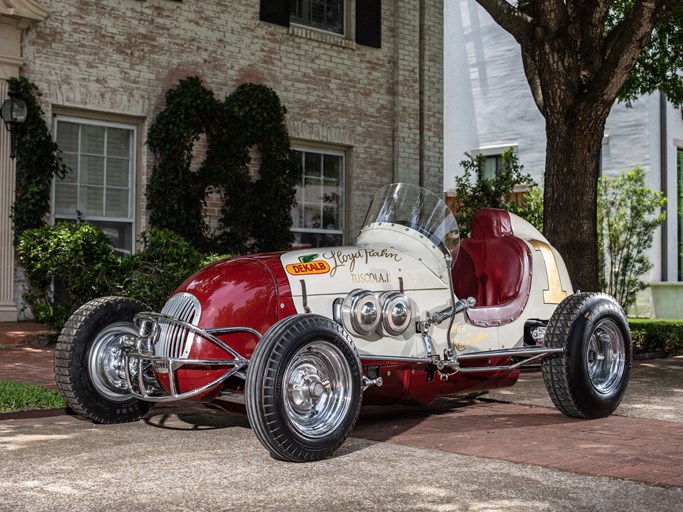