The Classic Era in America brought about many beautiful automobiles, but the Chrysler CL Imperial of 1932-1933 was hard to beat for overall greatness. It featured a potent inline-eight-cylinder engine, a sweet-shifting transmission, and handsome bodywork, with a hoodline extended back to the windshield—emphasizing the car’s length and the size of the motor lurking beneath the sheet metal. Each body was meticulously constructed to the highest standards. The result was an automobile that was smoothly powerful, easy to drive for its era, and built with quality as the foremost consideration. It was a superb car—and it looked terrific.

Despite the latter-day fitment of LeBaron plates to many closed cars, only the open CL Imperials boasted genuine LeBaron coachwork. In 1933 this included a mere nine Convertible Roadsters, using the last bodies originally built for 1932; only six of the nine remain extant today. Perfectly proportioned from any angle, with a lean, tapered appearance that almost suggests the Auburn speedsters of the same era and a nearly disappearing top, it was truly one of the best-looking American automobiles of its time. No wonder then that the survivors very seldom become available for sale, often remaining in private collections for years or even decades before appearing. Yet, in keeping with the engineering focus of their manufacturer, they are also superb driver’s automobiles that are remarkably modern-feeling, smooth, and enjoyable to use on the road.

The Convertible Roadster offered here was originally delivered to New York City on 17 March 1933. Its earliest known owner was Raymond Burgess of Greenville, South Carolina, in the early 1950s, followed by James A. Nelson, Jr., of Tyron, North Carolina, and finally Myron M. Reichert of Rancho Santa Fe, California, who purchased the Chrysler in 1988.

A decade later the Chrysler was acquired from Mr. Reichert by the prolific Classic collector, David Kane of Bernardsville, New Jersey, who in 1999 commenced its long-awaited restoration with marque specialists Stone Barn in nearby Vienna. The car was finished as originally built, in the correct color of black with a tan top and a tan leather interior, the latter installed by the noted Sharp Auto Upholstery of Elyria, Ohio. Dual sidemounted spare tires with body-color covers, double whitewall tires, and an opening windshield completed the sleek and dashing exterior appearance. Every component was meticulously, correctly finished as-new, with the result being among the very finest survivors of its kind.

The car was debuted at the 50th anniversary Pebble Beach Concours d’Elegance in 2000, winning 1st in Class in the always fiercely contested American Classic 1933-1941 Open category. Afterward the Chrysler continued its victorious tour, eventually achieving its CCCA Senior Premier award after no fewer than three perfect 100-point scores, and receiving the Warshawsky Award as the highest-point judged Classic at the Annual Meeting in 2001. In 2002 it was judged Most Significant Chrysler at the Meadowbrook Concours d’Elegance, then received a Palmetto Award at Hilton Head the following year.

In 2006 the car was sold to Tom Kowalski of Colorado, who retained it for another seven years, meticulously upkeeping it to the same standard. In 2013 it joined a secluded collection where it has continued to enjoy the best of care. It remains in pristine condition from tip to tail, with the quality of its restoration still clearly evident in the fit and finish of every last nut, bolt, and stitch. Having been tucked away in recent years, and with its major concours appearances now in the past, it would be welcomed back to virtually any major event in the hands of its new caretaker, who will be able to enjoy it on road or show field with no small measure of pride.

This is an immaculate, excellent CL Imperial, with a svelte swagger all its own. 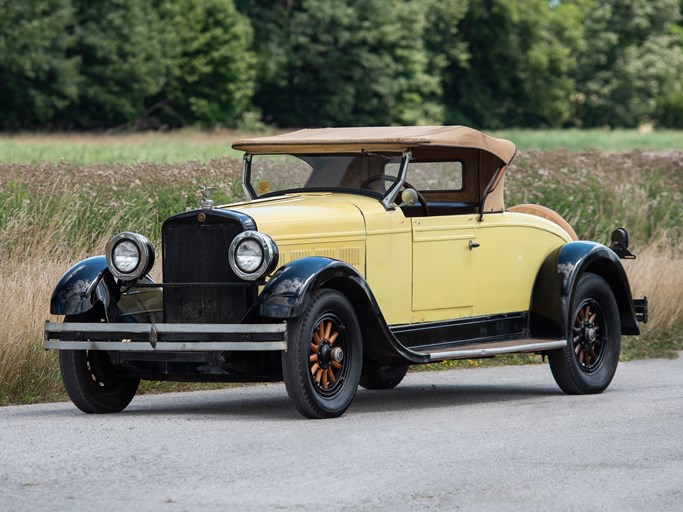 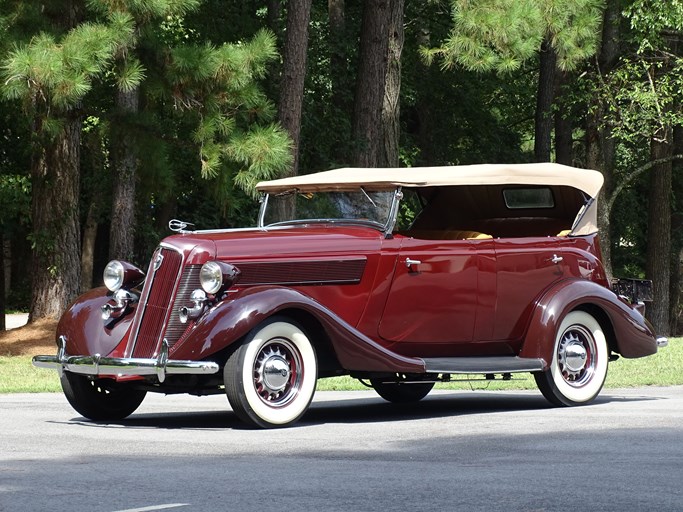