Every collection tells a story, and behind the singular Oscar Davis Collection is the tale of its namesake’s perseverance, achievement, and extraordinary automotive taste.

In 1928, the Davis family—including three-year-old Oscar—emigrated from Budapest, Hungary, to the United States, making their home in New York City. Shortly before his 18th birthday, Davis left school to enlist in the United States Army; he served through the end of the war in Europe, remaining in the conflict’s aftermath to oversee displaced persons camps. There, Davis, who was Jewish, located many Hungarian refugees, and some of his family members who had survived the Holocaust.

Returning to the United States, Davis pursued a career as a toolmaker, a trade taught to him by his father Isidor. In 1949, borrowing $1,500 from his father-in-law, he established the Oscar Davis Company, which produced specialty plastic fittings for the burgeoning industrial plastic pipe industry. He would sell the company in 1961. Then, in 1964, he purchased a Brooklyn, New York, machine shop that made metal swimming pool system components. Applying his knowledge in the use of industrial plastics to these products, Davis transformed the business that would become Hayward Industries into a global leader in the swimming pool industry, with more than 2,500 employees worldwide when he sold it in 2017.

In recognition of his lifetime of business achievement and service, Oscar Davis was awarded the Ellis Island Medal of Honor in 2002. Davis passed away in February 2021 at the age of 95; there can be no doubt that his was a life well-lived. In the midst of it all, he found the time to cultivate his passion for exquisite automobiles—a passion he pursued with vigor.

As with so many servicemen returning from the European Theater, Davis was captivated by the Continent’s shapely and athletic sports cars. A BMW 328 (said to have been purchased for the now-unthinkable price of $200) was his first acquisition in 1957, but with increasing business success came the ability to own a wider range of vehicles, including grand American classics. Unimpeachable quality and provenance were the throughlines of his collection, even as its focus evolved; in time, he would build one of the finest stables of pre- and post-war European performance machinery ever assembled.

It is simply impossible to choose a single highlight of the Davis Collection in its present form. From his 1938 Talbot-Lago T150-C SS Teardrop Coupe by Figoni et Falaschi to his 1953 Ferrari 375 MM Spider by Scaglietti, many selections could easily serve as the centerpiece of any world-class collection. There are rare Bugattis, such as the breathtaking, supercharged 1939 Type 57C Aravis Special Cabriolet by Gangloff; his precious Alfa Romeos include the 1938 6C 2300B Mille Miglia Berlinetta by Touring, a masterwork of taut coachbuilt form and brilliant mechanical function. Among these crown jewels are intriguing surprises, like the delightful 1952 Lancia Aurelia B53 Giardinetta by Viotti.

Each is an automobile of great value and historical significance, but also tremendous intrinsic appeal. Each will entrance even the most casual of observers while rewarding the careful attention of studied enthusiasts. It is hard to imagine a greater testament to Davis’ vision as a collector than this.

Yet Davis’ enduring reputation within the car community was built not only by the automobiles he possessed, but also in how he so clearly delighted in exhibiting them and enjoying them at speed. Countless showgoers have gazed at his cars on manicured concours greens, and lucky onlookers have caught a fleeting glimpse of Davis behind the wheel of one of his treasures on the twisting roads of the Mille Miglia Storica or the Colorado Grand. His cars’ fortunate next owners will undoubtedly have many opportunities to continue in this exciting tradition, should they so desire.

It is now RM Sotheby’s great honor to offer The Oscar Davis Collection. In doing so, we salute the exceptional connoisseurship of a remarkable man—and present a new set of collectors with the truly thrilling opportunity to experience firsthand the spectacular automobiles Oscar Davis so clearly cherished over the years. 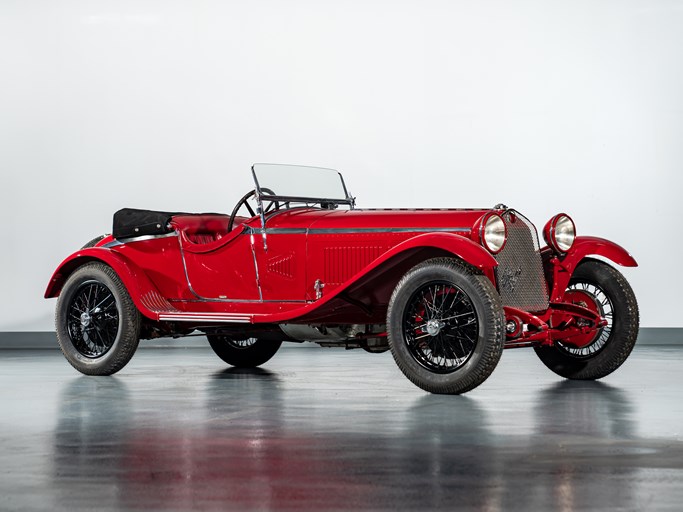 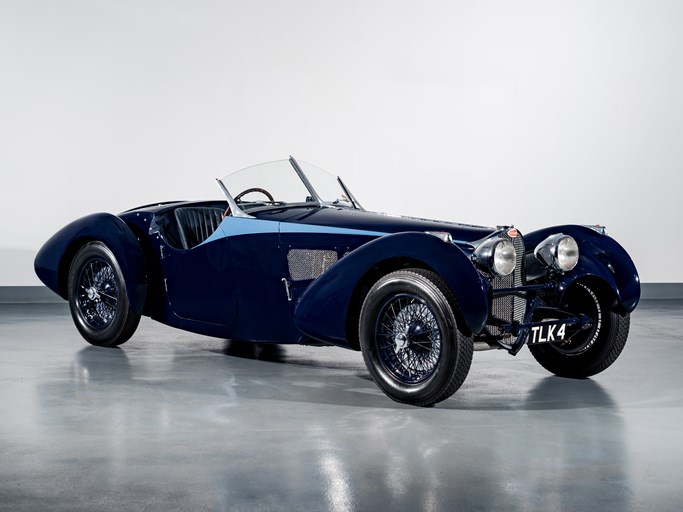