Please note the title for this lot is in transit. A 4-6 week delay is expected.
Addendum: Please note that due to California emissions, this vehicle must be sold to a dealer or out-of-state resident.

Occasionally, a Porsche 911 emerges that is so striking, it is impossible to ignore. This is one such car: a 1984 911 Carrera 3.2 coupe that once belonged to a Porsche employee with an “in.”

That employee was Tilman Brodbeck, assistant to then-Porsche CEO Peter Schutz. Brodbeck began his work at Porsche in the early 1970s, with his work including the famous “ducktail” for the 1973 Carrera RS. Taking advantage of a lease program reserved for Porsche employees, he ordered a car so distinctive that, in a February 2019 article published online in the Porsche Newsroom, the automaker deemed it “a harbinger of what Porsche would offer to a wider clientèle under the Porsche Exclusive label” (which formally launched in 1986).

Taking inspiration from a hand-me-down two-tone sweater from his childhood, Brodbeck had the car painted in a striking dark blue metallic and turquoise paint scheme. Due to the livery’s complexity, it had to be taken off the assembly line and painted at a specialized shop in Bietigheim, down the road from Stuttgart. Inside, the car featured a full turquoise interior with leather on every conceivable surface, including the parcel shelf, sunvisors, and impressively, the rotary switches, demanding the best of Porsche’s craftsmen.

A set of matching Recaro IdealSeat C seats, the pinnacle of performance-oriented comfort, featuring state-of-the-art inflatable bolsters, was further specified. Topping off the options checklist, the car was equipped with a cutting-edge Blaupunkt Koln SQR 22 audio system and a custom center console which housed auxiliary gauges and cassette storage. Brodbeck further ordered his car with a larger set of 16x7 and 16x8 Fuchs wheels, unavailable for stock 911 Carreras.

It is reported that Brodbeck put over just 40,000 kilometers on the car during his ownership. Sadly, because of the lease terms, he parted with the car in summer of 1985. It was subsequently bought by the premier Swedish Porsche importer of the time, and is said to have remained in Scandinavia for the next 31 years with just two owners. In 2017 the car was rediscovered by respected Porsche insider and collector, Ronny Pannhorst. Pannhorst had the car sent to the Porsche Classic Center in Freiberg for a thorough inspection and service; aside from the replacement of fluids, filters, and other aged or consumable components, it was found to be in a remarkable original state of preservation. In October of 2018, the car entered the custodianship of its current owner, a dedicated enthusiast, a connoisseur of the highest grade of exclusive Porsches.

In recent years, the significance of this special car has been widely recognized. The subject of an article in issue 14 of 000 magazine, it was also featured prominently in René Staud’s landmark tome, 911 Millennium. Truly a unique and appealing piece of Porsche history, this one-of-a-kind 911 Carrera 3.2 is accompanied by a dedicated book containing scans of historical documents and service records, a reproduction tool set, jack, spare key, owner’s manuals, and first aid kit. 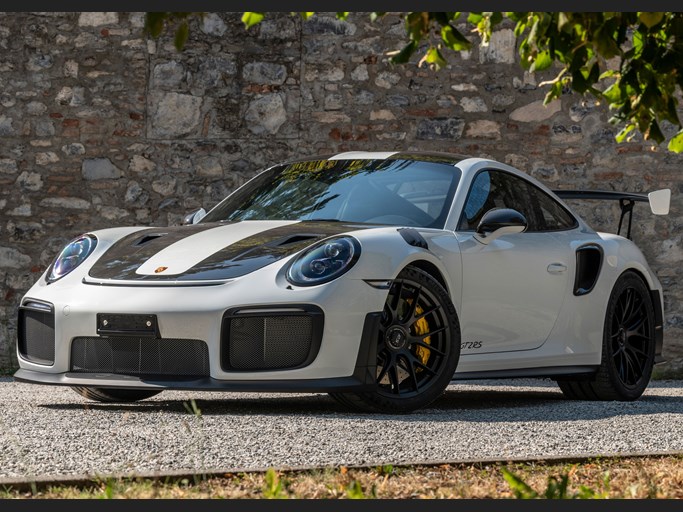