In 1971 and early 1972, Porsche produced a limited number of special 914/6s equipped with the M471 Competition option package. These were intended to homologate the racing version of the 914/6 GT; Modifications included wide steel fender flares, a steel flared front valance, 21-millimter wheel spacers, flared fiberglass rocker panels, and 6x15 Fuchs alloy wheels. The M471 homologations were based on standard 914/6 chassis.

These were quietly announced in a March 1971 sales bulletin entitled “The Competition Option Group.” Porsche offered three different types of cars within that Option Group: The first was the M471, a race car look-alike for street use or for custom GT conversion; the second two, both referred to as M491, were race cars for either track or rallye use.

With 23 914-6 M471s produced in 1971 and 1972, Porsche considered the M471-optioned cars produced in 1971 as “factory GTs”. Although the 15 produced in 1971 were originally intended to become race cars, most were eventually sold as GT lookalikes for the street. The fine example offered here, chassis 0415, is among them. The Gotha-Hoppen memo shows it as being sold to Porsche-Audi USA, delivered in Gemini Blue with a one-year-only black leatherette interior that used a smooth vinyl rather than “brick-textured” material. It was the last M471 GT sold in 1971, and one of two examples in Gemini Blue.

0415 is believed to have subsequently been sold to a dealer in North Carolina who owned it until approximately 1990, when it was acquired by George Hussey, owner of Automobile Atlanta in Marietta, Georgia. Hussey has specialized in restoring and maintaining 914s since 1978. “Dr. 914,” as Hussey is known, found the car’s engine and transmission to be fully numbers-matching and in excellent mechanical condition. The cosmetics, however, needed lots of attention, so Hussey began a years-long restoration with the intent of bringing this very special car back to its original form. This involved stripping the car to a bare shell and respraying it in its correct Glasurit L96E Gemini Blue and freshening the interior and instruments. A new OEM speedometer/odometer head was installed and set to zero at that time, but Hussey does not recall the original mileage. It now shows under 5,200 miles, all driven by Hussey.

While undertaking this car’s restoration, Hussey had a big advantage in already owning a large inventory of OEM 914/6 parts, which he installed as required. To improve the car’s handling, he fitted a factory rear anti-roll bar, which became optional factory 914 equipment in 1972, along with a fresh set of Bilstein shocks and struts. He also upgraded the front brakes. After the restoration was completed, the car shared a place of pride in Hussey’s showroom alongside his 916. When Porsche Cars North America in Atlanta celebrated the 914’s 50th anniversary in 2018, the GT was prominently displayed, and caught the attention of the current owner, who persuaded Hussey to part with his rare 914/6 in late 2019.

This extremely rare and desirable 914/6 M471 is offered with a factory tool set, German-language owner’s manual with maroon vinyl pouch, its correct passenger foot-rest, a car cover, and spare keys. 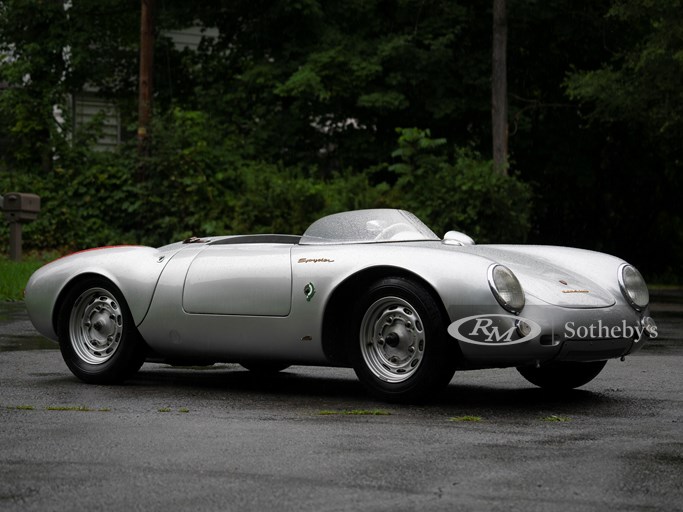