The Jaguar E-Type’s inherent beauty is legendary, and it is one of a few cars to ever be exhibited at the Museum of Modern Art in New York. Production began in 1961, and its styling, which was the work of Malcolm Sayer and had been overseen by company founder Sir William Lyons, evolved from Jaguar’s Le Mans–winning D-Type race cars. The E-Type’s construction was a multi-tube front end bolted to a steel body shell. The long, low hood and front fenders were one assembly and hinged at the front for unobstructed engine access. Introduced in 1964, the up-sized 4.2-liter inline-six had 265 horsepower and could haul the car from 0–60 mph in 7.4 seconds, with a maximum speed of 149 mph—and in incredible style and comfort.

This 1967 Jaguar E-Type Series 1 4.2-Litre Roadster was built on 11 October 1966. A left-hand-drive example destined for North America, this open two-seat roadster left the factory finished in Opalescent Golden Sand over a Red interior with a Sand convertible top. It was dispatched on 16 November 1966 and distributed through Jaguar Cars, New York, USA.

Just a two-owner example from new, it was purchased by the consignor in 1973. A comprehensive multi-year restoration was completed in 2021. The car was refinished in its original shade of Opalescent Golden Sand, now complimented by a red convertible soft top. Exterior features include dual Talbot-style sideview mirrors and chrome knock-off wire wheels. The interior was retrimmed in red leather, and it is equipped with a modern JSD-20158 radio unit. Two shift knobs are included with the car: One traditional black with white lettering, and one custom wooden knob with a 1967 gold Kennedy half dollar. According to its accompanying JDHT certificate, this Jaguar is a numbers-matching chassis, engine, cylinder head, and gearbox example. Included with the car is a hardtop, tools, jack, and literature.

The Jaguar E-Type remains one of the most celebrated British sports cars of all time. This example, finished in a seldom-seen factory color combination, and having benefitted from a multi-year restoration, would make a fine addition to any collection. 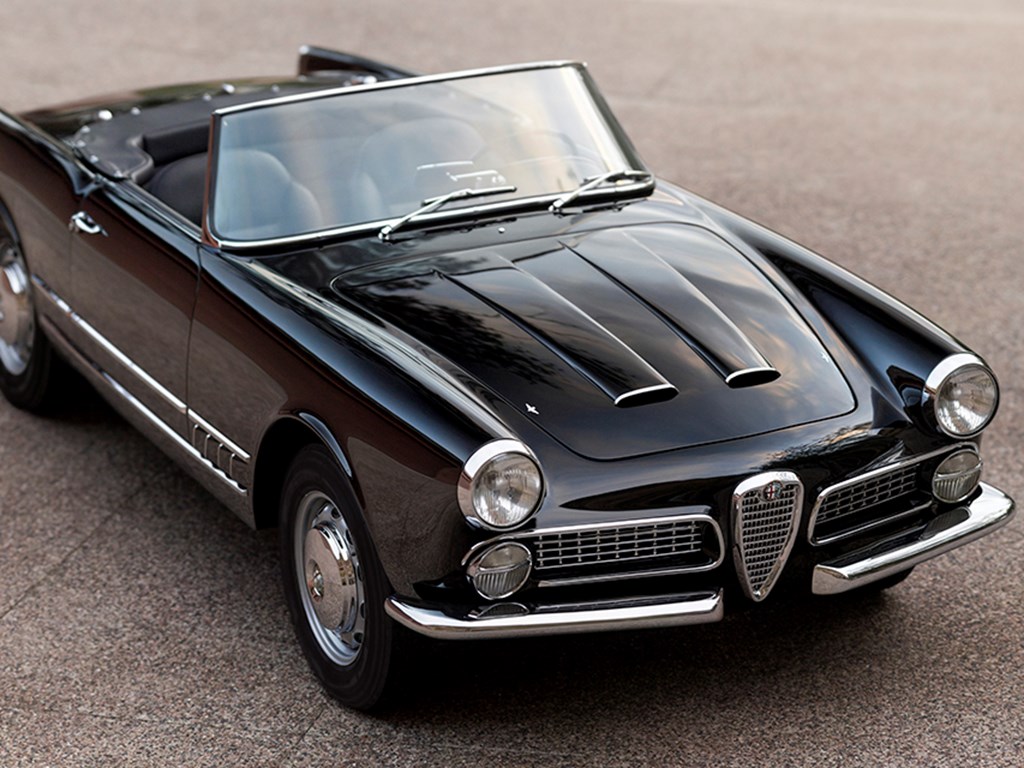 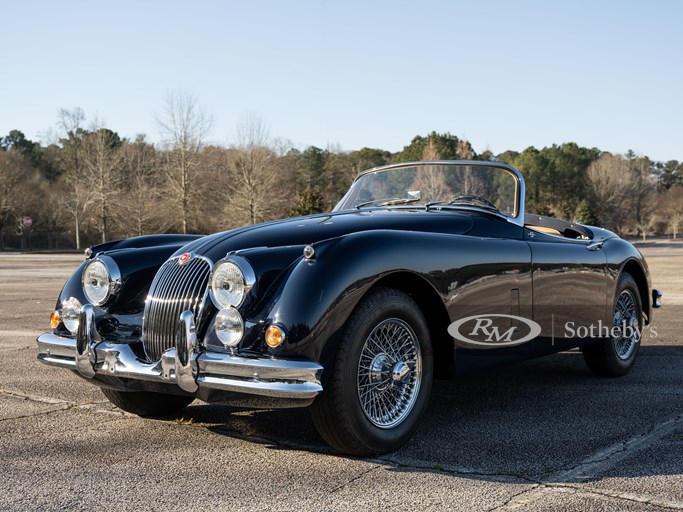