Porsche took its first major step in the evolution of its soon-to-be immortal 911 for the 1969 model year, extending the wheelbase of the new “B” series by 2.4 inches in the interest of improving stability. The wheel openings were modified to accommodate larger wheels and tires. Under the engine cover, the air-cooled opposed six-cylinder engine remained at two liters of displacement, but was built on a new magnesium-alloy case.

The 911 now came in three flavors: the 110-horsepower T, the 140-horsepower E, and the potent 170-horsepower S. Both the E and the S were fitted with Bosch mechanical fuel injection, with the S also getting a new fender-mounted oil cooler. The factory produced 1,492 911 S coupes for 1969, and we are pleased to offer here the 279th of that series.

Chassis number 119300279 left the Zuffenhausen assembly line on 19 November 1968. According to a copy of its Kardex on file, it was finished in Blutorang, or Tangerine, with Black leather seats and trim. The customer had specified tinted glass all around, a rear-window wiper, and a radio installation package that included a dashboard speaker, antenna, and static suppressor.

The car was delivered to Hahn Motorfahrzeuge in Stuttgart, and sold to a Mr. Deleplace, owner of an automotive shop in Champigny-sur-Marne, east of central Paris; it would remain registered in France over its lifetime. Deleplace, a fuel-injection expert, is said to have carried out all the maintenance on the car himself over the three decades he owned the car, and kept all the information in a little logbook.

In 1999 he sold the 911 S to a Mr. Van De Kerckhove, whose widow sold it to its third owner in 2004. That individual sent it to 911 specialist Garage Baumet in Morières Lès Avignon for a complete overhaul, and afterward it was serviced by his personal mechanic. In 2018, when it came time to sell once more, it was entrusted to a Porsche dealer in Lyon for a final check-up that included an oil and filter change, a brake system overhaul that included a new master cylinder. Four new Michelin tires were fitted. At the time of cataloguing, this very desirable 911S had recorded just 130,000 kilometers, or 80,700 miles.

Ready for its fourth owner to enjoy, this wonderfully original Porsche 911 S, equipped with numbers-matching engine and gearbox, is finished by its mandatory amber French headlamps—in this case Bosch H1s—stainless rocker-panel trim, a Blaupunkt stereo radio, and a set of Coco mats. 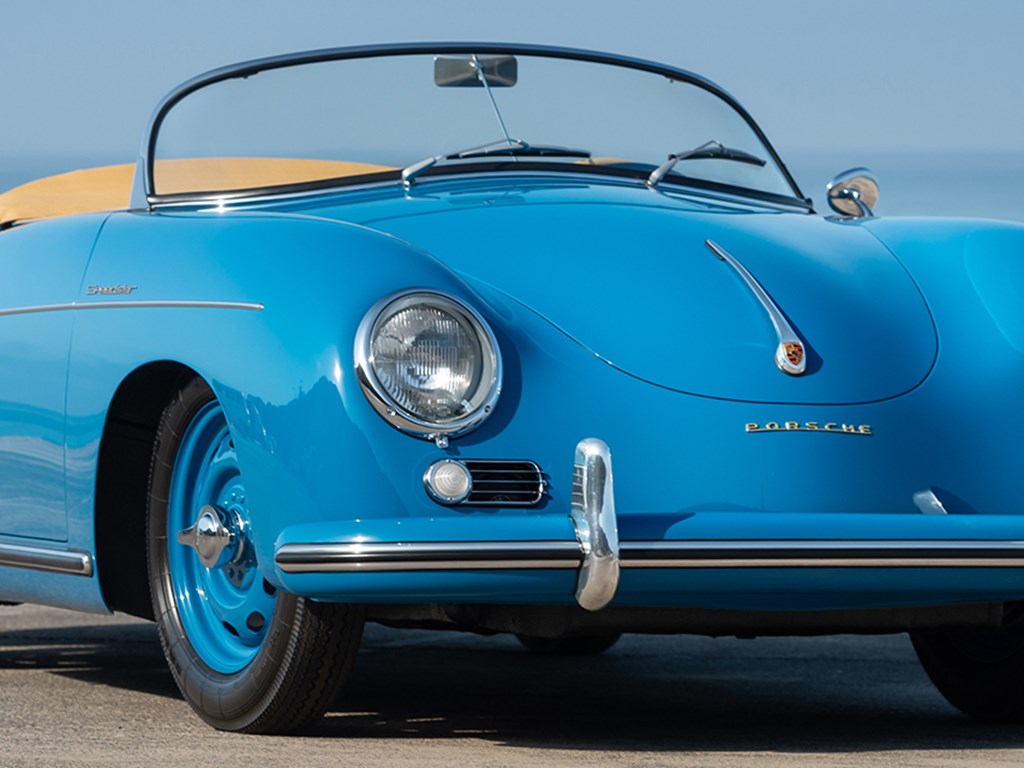 Porsche Style: Welcome to Monterey, Courtesy of RM Sotheby’s and This Period-Correct Speedster

Fashioned in nearly every color of the rainbow, RM Sotheby’s Monterey auction has a Porsche to suit every taste.