Buyer's Premium for this lot is:
Inquire Shipping Quote Register to bid Catalogue
Engine No.
Chassis No.
Body No.
Documents
700991
7-9094
998
US Title
View History File

The first comment that comes to mind when many view this extraordinary Cadillac V-16 is how much the overall design resembles a Model J Duesenberg. That is no coincidence. Its spectacular custom coachwork was drawn by Franklin Q. Hershey and built by the Walter M. Murphy Company of Pasadena, California, together responsible for many of the finest Model Js.

Hershey’s great gift for drawing lithe lines on large chassis resulted in a truly sporting four-door convertible, complete with a windshield with the smallest of pillars and cowl blended smoothly into the “suicided” front doors, a distinctive beltline framed by thin polished aluminum moldings, and high-quality but relatively subtle interior fittings. The top would fold nearly flush with the body, the windows disappeared into the doors below narrow spring-actuated metal covers, and a rakishly angled rear windshield could be raised for the rear seat passengers. With the top raised, small rear quarter panels could be unbuttoned and removed, giving the top the reverse-curved rakish look of a true tourer.

The only known V-16 Cadillac with Murphy coachwork, this car was supplied new to Charles S. Howard, Jr., eldest son of the prominent and powerful West Coast Buick distributor, who also became a legend in thoroughbred horseracing as owner of Seabiscuit. Something of a rebel, his son nonetheless favored Cadillacs; the elder Howard, faithful to his marque, had forbade the Cadillac Sixteen on the family’s Ridgewood Ranch in Mendocino County, California!

Cadillac disliked supplying V-16 chassis for custom coachwork, perhaps because it took business away from the in-house Fleetwood works. Accordingly, the few customers who desired custom coachwork had to order the least-expensive factory body, the Fleetwood Roadster, which would simply be discarded in favor of a bespoke creation. This was the path followed by Charles S. Howard, Jr., for what became his Murphy-bodied V-16.

A HONEYMOON “WITH TWO LOVES”

According to conversation with the Howard family, Mr. Howard is believed to have retained his custom Cadillac into the postwar 1940s. A photo on file from the late 1940s or early 1950s depicts the Cadillac in Mendocino County possibly in Charles Jr.’s ownership, and still wearing its original Algonquin Green livery.

Its next known owner, Dr. Robert N. Craycroft of Los Angeles, California, was an early enthusiast active in West Coast racing, as was Mr. Howard during the same era. The two men almost certainly knew one another and it is possible that Dr. Craycroft bought the car directly from its first owner. Dr. Craycroft later transferred ownership of the Cadillac around 1959 to his friend Bob Gillespie.

V-16 Cadillac aficionado Norman Taunton bought the car out of the basement of Fazackerly Cadillac in San Francisco during his honeymoon in 1961, returning home, as he later wrote, “with two loves.” Mr. Taunton wrote of his acquisition in a 1962 issue of the Cadillac-LaSalle Club’s magazine, The Self-Starter, noting that other West Coast collectors had been aware of the car’s existence and were none too happy he had “poached” it out from under them! He repainted the car its correct Algonquin Green but otherwise preserved it as-acquired, including its original red leather upholstery and hand-hammered trim hardware, as well as the speedometer and clock supplied by Murphy for rear seat passengers.

THE PRIDE OF WELL-KNOWN ENTHUSIASTS

In the late 1960s the car passed to the Brucker Family, of Movieworld museum fame, in Buena Park, California, who sold it roughly a decade later to Don Westerdale of Los Angeles. Mr. Westerdale undertook the Cadillac’s first true restoration before selling it in 1985 to renowned collector John Mozart; it next passed to Jim King of Beverly, Massachusetts, then in 1994 to John McMullen of Lapeer, Michigan.

Mr. McMullen would be the Cadillac’s longest-term owner, maintaining it as the unrivaled centerpiece of an extraordinary collection of vintage, Classic, and muscle cars, with a special focus on the best GM products of all eras. In his ownership the Murphy V-16 was restored anew by Brian Joseph’s Classic & Exotic Service of Troy, Michigan, preserving such original details as the Murphy stamping in the front floor wood. It went on to be shown at numerous concours d’elegance, winning its class at Meadowbrook in 1996 and at Pebble Beach in 1997, among many other laurels.

In 2007 the Cadillac was acquired from the McMullen stable by the late Paul Andrews of White Settlement, Texas, and was, similarly, one of the centerpieces of his own remarkable museum for the next eight years. Its current owner bought the car from the Andrews Collection in 2015 and has continued to lavish it with the very best of care, including the fitment of a new interior. The exceptional preservation and maintenance of its Joseph restoration was most recently recognized with Best of Show Pre-War at the 2018 San Marino Motor Classic.

The Murphy V-16 now awaits the next chapter in its fabulous history. It is, quite simply, a thoroughbred—the Howard family would have it no other way. 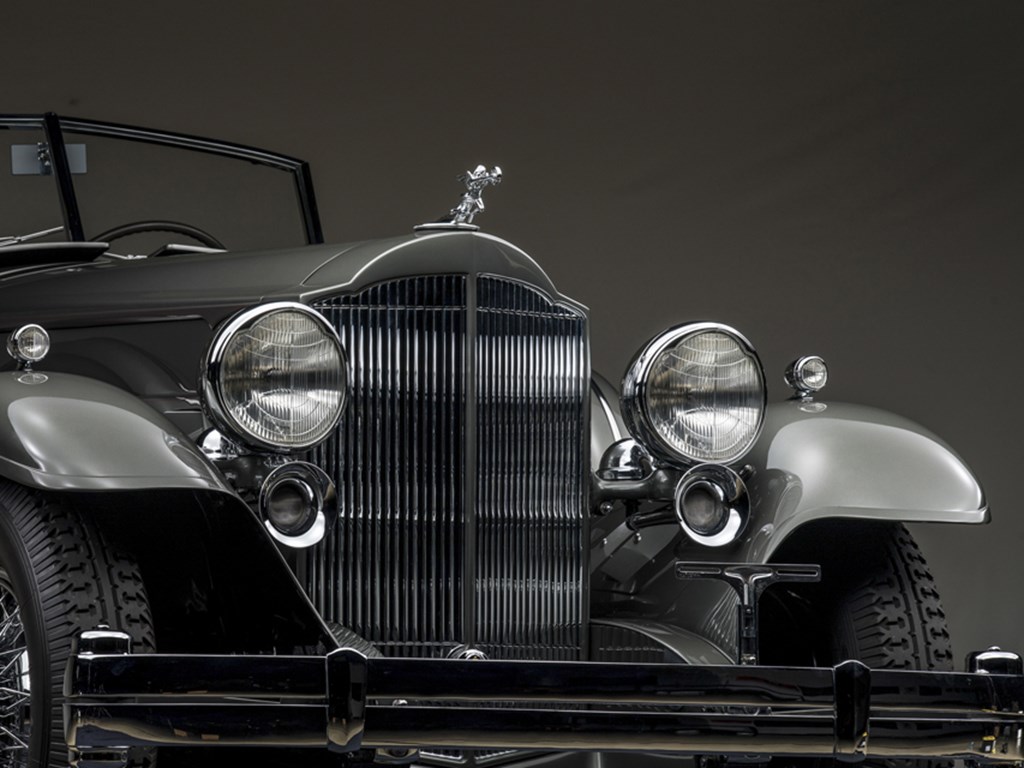 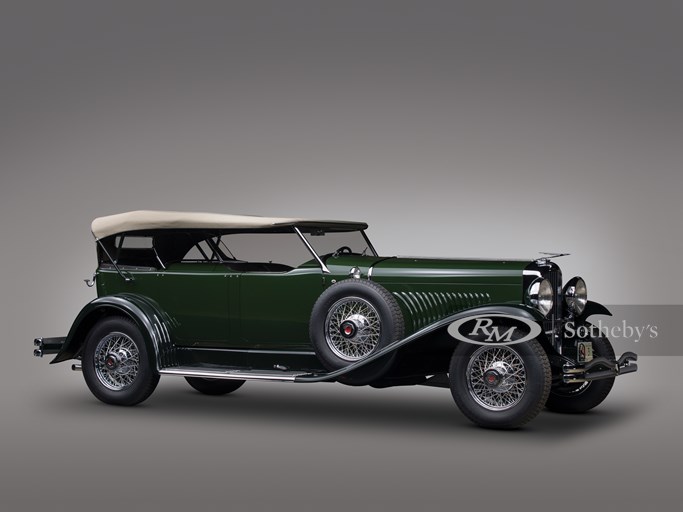 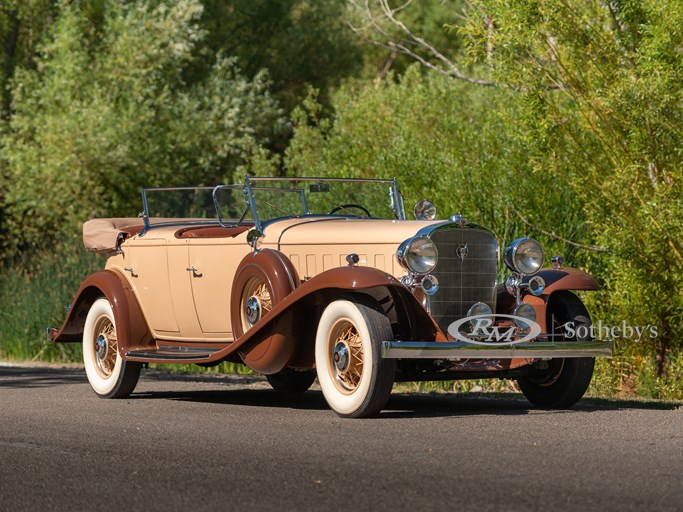 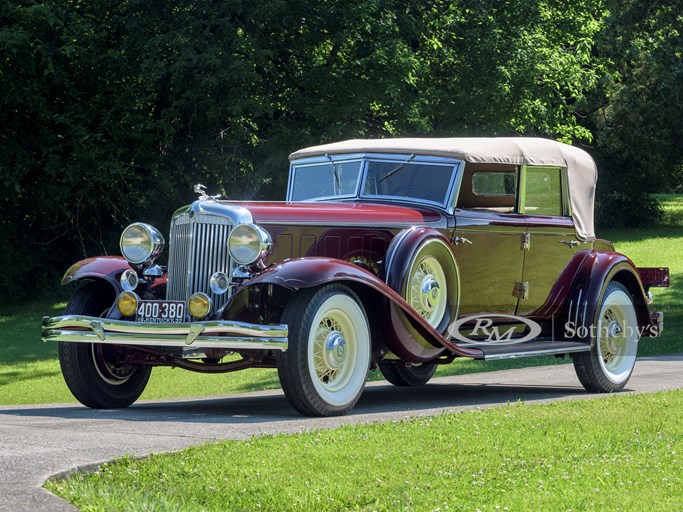 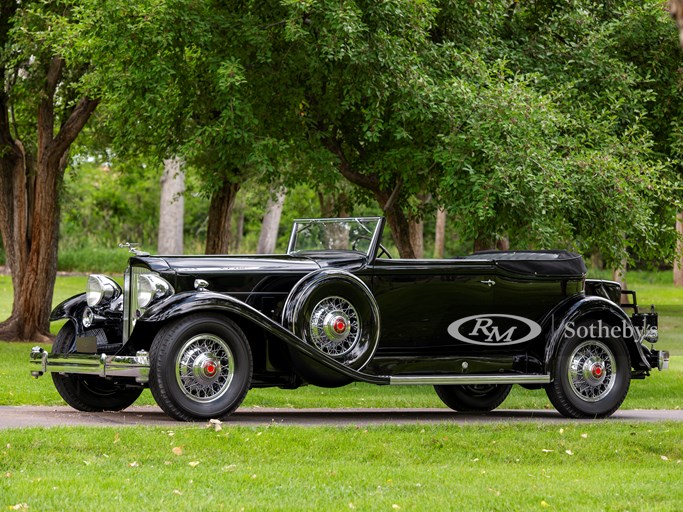