The most desirable catalogued body style on the S1 Continental chassis was the drophead coupe by Park Ward, style no. 700. Unlike the majority of Bentley convertibles produced in this era, this style was not an “adaptation” from factory design stampings, but rather a fully custom body, built from the ground up by Park Ward’s craftsmen, hand-crafted in aluminum. It is distinguished by smooth, subtle body lines, with the long, fully “flow-through” fenders that flow from the front to the rear “hips,” and rear fenders that kick up slightly to form tiny tail fins.

Park Ward built this design on only 31 left-hand-drive S1 Continental chassis, and the survivors are among the most fiercely prized of all post-war Bentleys, featured in some of the world’s finest collections of grand touring automobiles.

The example offered here, no. BC14LGN, was originally finished in the timeless, subtle color scheme of Sand and Sable, with beige upholstery and brown top, and outfitted to the ultimate specification with automatic transmission, power top and windows, Radiomobile radio with power aerial, and full Rolls-Royce air-conditioning. It was ordered through the Thoroughbred Car Company of Oklahoma City by local resident William Taylor Hales Jr. Mr. Hales was the son of a major Oklahoma oil and real estate baron who had played a role in developing downtown Oklahoma City and building the modern stockyards. The business address listed on the Bentley’s build cards was the family’s own Hales Building, while Hales Jr.’s own residence was modeled after Jefferson’s Monticello.

According to the build cards, delivery of the car was made to Mr. Hales at Lille Hall, indicating that the original owner collected the car in Europe. He enjoyed his new automobile around London for twelve days, after which Bentley arranged to drive it to Southampton for its departure to a new home in the United States.

The next known owner recorded, in 1984, is James R. Williams, head of Cincinnati’s Western & Southern Life Insurance and member of a family that had been Rolls-Royce and Bentley customers back to the days of the Springfield factory.

The current owners acquired the Bentley from Williams via Vantage Motorworks in 1986, and it has remained part of their superb collection since. An older but well-presented restoration, still finished in its original color scheme, it features an upgraded radio but is otherwise to its original specifications. Over the years it has been regularly driven and had routine oil changes. The brakes were recently overhauled and a partial new exhaust fitted, while new seat belts were installed several years ago. The car is still equipped with factory road- and hand-tool kits in the trunk compartment, as well as a top boot.

This would be a lovely addition to a new owner’s stable, with a rich history with one of the West’s most interesting families. 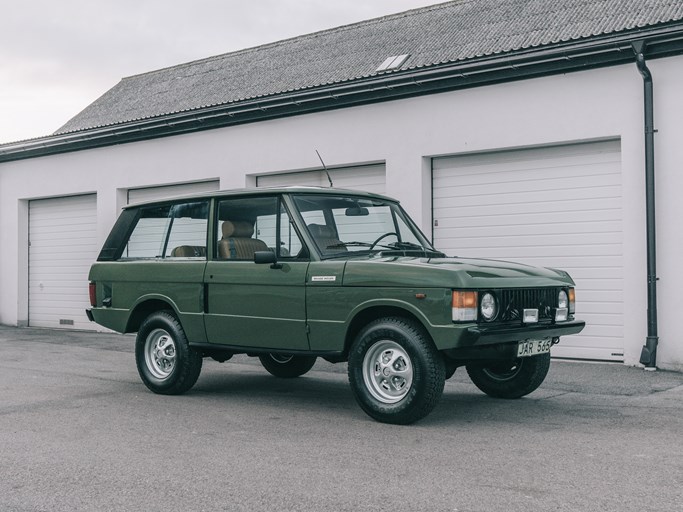