At the 2004 Paris Motor Show, “the fastest production model ever to be built by Aston Martin” was unveiled—the Vanquish S. While this title has since been taken over by the One-77 and the V12 Vantage S, at the time the claimed maximum speed of 200 mph was jaw-dropping. In order to reach the magical 200 mph mark, the 6.0-liter V-12 engine was fitted with new cylinder heads featuring fully machined inlet ports and combustion chambers to improve airflow, revised engine mapping, and new fuel injectors. The result was an increase in power output to 520 bhp and 425 ft lb of torque.

In addition to the engine upgrades, the optional Sports Dynamics package offered on the Vanquish was fitted as standard on the Vanquish S. These upgrades included stiffer springs and dampers and shorter steering arms. Revised steering geometry provided a 20% quicker response, allowing the driver to apply more precise input and receive more accurate feedback from the chassis. The brakes on the Vanquish S were upgraded to account for the higher performance—larger six-piston calipers were fitted, and the rear discs were wider to improve heat dissipation. A new brake-pedal assembly enhanced pedal feel.

The pinnacle of the first generation of Vanquish, the Vanquish S is a quintessentially British grand tourer and the last of the truly hand-built Aston Martins. This special example, with its unique serial no. 007 and spectacular colors of Jet Black over two-tone Iron Ore and Black, certainly cannot be missed. 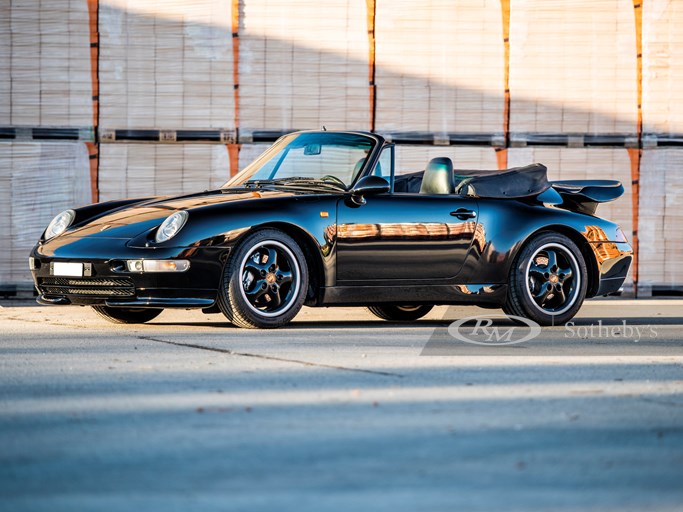