When Chrysler opted out of putting its striking Dodge Firearrow show cars into production, Detroit trucking magnate Eugene Casaroll purchased the rights to the design. By 1957, his Dual Motors, named for the twin-engine trucks that the factory once produced, had a modified version of the Firearrow in production. It was known as the Dual-Ghia, and it featured an unbeatable combination of reliable Motor City–bred Dodge V-8 power and gorgeous hand-formed bodywork by Italian coachbuilders Ghia of Turin.

The car shown here, chassis no. 125, was built in 1957 on a 1956 Dodge chassis and has the desirable 325 cu. in. D500-1 Hemi V-8. One of six Dual-Ghias acquired by software entrepreneur Frank Pritt, one for each of his children, it was subsequently purchased from Mr. Pritt by well-known Dual-Ghia historians Dr. Paul Sable and Joseph Morgan, who sold it to Thomas Derro in 2006. Mr. Derro proceeded to have the car fully restored to original condition in this period-correct bright red with an authentic red-and-white interior. Afterwards the car was selectively exhibited at various concours d’elegance. The car was purchased by the current owner in the fall of 2017.

Upon acquiring the car, a complete mechanical review was commissioned to ensure it was a perfect, tour-ready example. Highlights of the work completed included going through the fuel and brake systems, a full inspection of the transmission, and fitting the car with new tires. With the work done, a high-quality, professional detail was completed. The car is in show-quality condition, having covered only 64 miles since it was restored by Mr. Derro. It’s considered by many to be one of the finest Dual-Ghias in existence.

The result of a unique partnership between Detroit and Turin, the Dual-Ghia remains the great status symbol of the Jet Age. 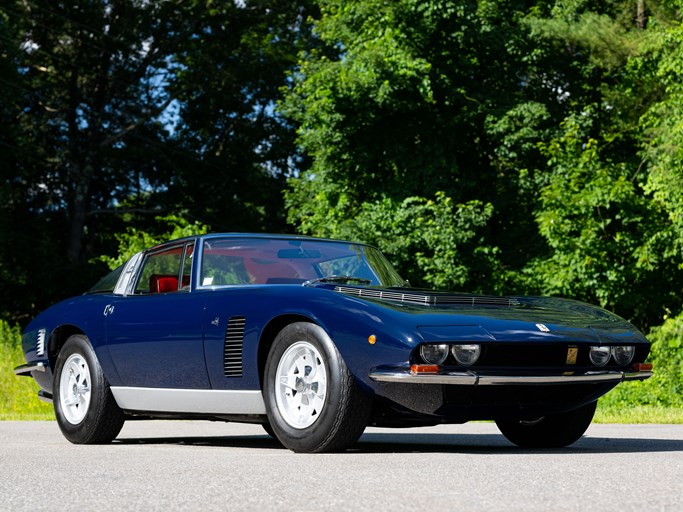