By 1994, Ferrari’s Testarossa had been in production for 10 years. As exciting and beautiful as it was, it was undoubtedly aging. The competition from Lamborghini, Porsche, and even Acura, with the NSX, was becoming tougher. While the 550 Maranello was in development and waiting to take the reins as Ferrari’s 12-cylinder flagship, Ferrari would release one more iteration of the Testarossa platform to keep its competitors at bay—the F512 M.

Compared to the evolution from the Testarossa to the 512 TR, the jump to the F512 M (Modificata) was much more radical than Ferrari’s previous evolution. The most evident change was to the front end; the F512 M was fitted with fixed headlights rather than the older retractable units. The front bumper and grille were restyled to bear a resemblance to the F355 and the 456, with new turn signal indicators and fog lamps. The rear also carried cues from its siblings, and it was fitted with round taillights, similar to those of the F355 and which would become a signature design cue for years to come. Inside, the F512 M received some minor changes as well, such as a new, more modern steering wheel, adjustable aluminum pedals, a more refined air-conditioning system, and updated trim. New five-spoke alloy wheels were also fitted to complete the look.

The F512 M’s mechanicals received a number of changes, as well. The suspension was updated with gas-filled shock absorbers, and a Bosch ABS system was fitted. The engine retained the same cubic capacity and fuel-injection system as the 512 TR but received several upgrades, resulting in a rise to 440 brake horsepower. Titanium-alloy connecting rods and new forged aluminum pistons were fitted, along with a lightened crankshaft, which helped to increase the compression ratio to 10.4:1. A new stainless-steel exhaust was also installed, offering additional horsepower along with a healthy grunt under acceleration.

By the time production ceased in 1996, as Ferrari was introducing the 550 Maranello, only 501 examples had been produced, with a mere 75 allocated for the U.S. market. This was a seemingly minuscule amount for a market that generally commanded the largest allocation of any Ferrari production model. As such, the F512 M instantly became collectable in the United States.

This F512 M, chassis no. 104065, was the 74th of the 75 numbered units built for the U.S. market and the last such example by chassis number. The car was completed by Ferrari in late 1995, finished in Rosso Corsa over Nero, and optioned with a radio and attractive modular Speedline wheels. The car was delivered to official Ferrari dealer Algar Enterprises in Rosemont, Pennsylvania, in early 1996. Shortly thereafter, the F512 was acquired by its first owner, Terence Schroeder of Bernardsville, New Jersey. Mr. Schroeder kept the car for the ensuing two decades before it was sold to Motorcar Gallery in Ft. Lauderdale, Florida. It was acquired by the current vendor earlier this year with only 25,928 original miles showing on the odometer.

The F512 M was then sent to Milestone Motorcars in Boyton Beach, Florida, for a comprehensive service, including the all-important engine-out belt replacement, ensuring the car will be fully dialed in and ready to be enjoyed by its next owner. A detailed record of the extensive service, to the tune of approximately $30,000, is included with the car’s file. Furthermore, the car includes a set of correct owner’s manuals in their leather folio, as well as a correct tool set.

With more and more technology being added to today’s supercars, analog examples have become increasingly desirable among collectors, and this Ferrari F512 M is no exception. Presented in the traditional Ferrari colors and being the penultimate of only 75 imported to the U.S., this well-maintained, single-owner example offers an opportunity that cannot be missed for the next owner to enjoy the last and best mid-engine 12-cylinder Ferrari produced. 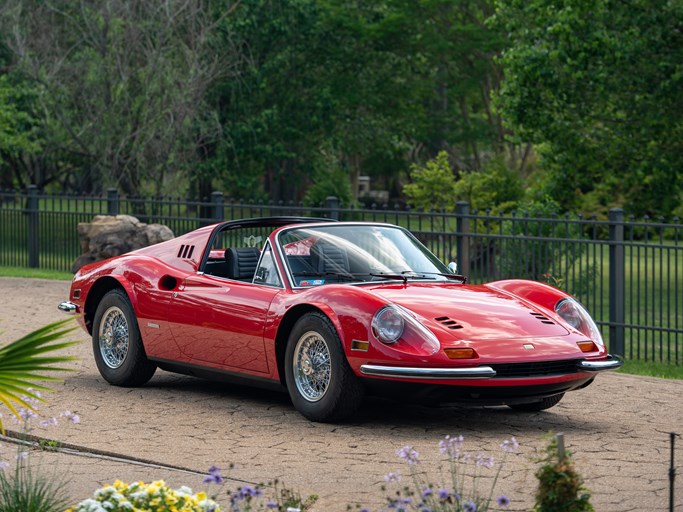