By the 1930s car manufacturers had become acutely aware of the marketing potential of motor racing. In 1935 MG identified the exposure which could be obtained by entering a team of their new “P-type” model in the 24 Hours of Le Mans race—especially so, given the novelty of an all-female driver lineup.

The crews would drive identical cars, consecutively registered JB6156, JB6157, and JB6158. As was commonplace in the pre-prototype era, these were outwardly standard, although they did feature uprated Q-type brake drums, J-type gear ratios, and lightened and balanced engine components, as well as a polished and ported cylinder head. Several additional ergonomic modifications were also executed, including the fitment of K3-style front cycle wings, a louvered aluminium bonnet, aero screens, stone guards to the lights and radiator, and twin fuel pumps. Interestingly, the 1935 Le Mans entry list contained no less than ten female drivers and four all-female crews—a record for the race which remains to this day.

In the race, the team—alternatively referred to as “Eyston’s Dancing Daughters” or “Les Girls”—performed faultlessly, finishing in 24th, 25th, and 26th overall, and taking 8th, 9th, and 10th places in the up-to-1,000 cc class. This chassis, PA17/1711, was driven by Miss Richmond and Mrs. Gordon-Simpson, and crossed the line first of the three team cars, albeit some 69 laps in arrears of the winning Lagonda M45R of Hindmarsh and Fontes.

During a spell of previous U.S.-based ownership, the car was fully restored in 1995 and has recently benefitted from further attention, at a cost in excess of €25.000, courtesy of classic sports car specialists Graber Sportgarage AG of Toffen, Switzerland.

Eminently usable, highly historic, and the very essence of small-capacity vintage motoring, PA17/11 is accompanied by an extensive history file which includes several period documents from the Competition Department at Abingdon pertaining to its Le Mans preparations. Immaculately presented in its original racing colors, it is ready for immediate enjoyment in the many vintage races, tours, and rallies for which it is eligible and ideally suited. The car is supplied with current FIA HTP papers which are valid through to 2025. 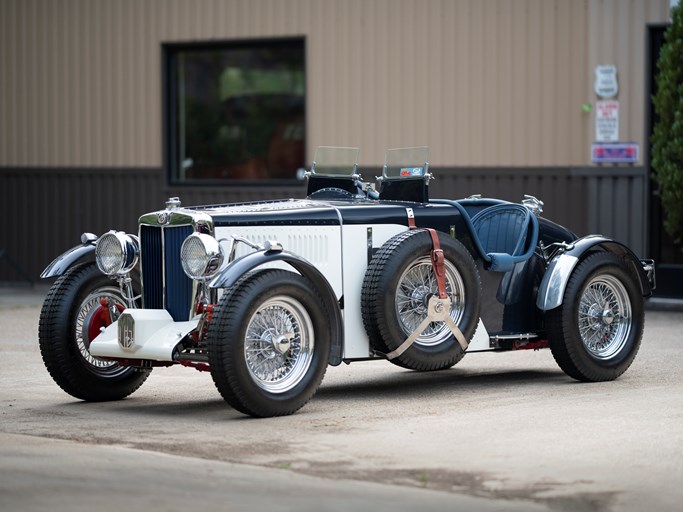