Long before Jeep arrived on the scene with their first four-wheel-drive utility vehicle, Marmon-Herrington Incorporated was formed in 1931 in Indianapolis, Indiana, by Walter C. Marmon and Colonel Arthur W. Herrington. Taking over the old Duesenberg assembly plant, the pair started building 4×4 and 6×6 trucks for the army. In 1937, they began converting light-duty Ford cars and trucks to four-wheel drive before halting production when World War II arrived to focus again on military trucks and tanks.

The exact number of Marmon-Herrington all-wheel-drive woodie-wagon conversions is presently unknown, with no factory production records having survived from this period. However, Marmon-Herrington aficionados report that only a dozen or so total Ford examples of all body styles of each year are known, with far fewer Mercury versions in existence due to their premium price and lower production numbers. As a result, only three such Mercury Marmon-Herrington wagons are presently known to have survived—one example from 1946, another from 1947, and this one being the only known 1948 version, making it the last surviving example of a very rare breed indeed.

Essentially hand-built, the assembly rate of all Marmon-Herrington conversions was necessarily slow and the output small. When this premium four-wheel-drive conversion was ordered from the Lincoln-Mercury dealer, a complete Mercury was delivered to Marmon-Herrington’s plant, where the factory body and power train were removed. A four-speed truck transmission was installed with an 11-inch clutch, and a heavy-duty transfer case was mounted behind it that from 1939 allowed on-demand engagement of the front axle. The chassis was reinforced with new cross members, and the original body was mounted on the new chassis, with the finished Marmon-Herrington wagon delivered to the customer at a cost of well over $4,000—nearly double the factory price of a standard Mercury wagon.

The Mercury Station Wagon presented here has been in a prominent private collection for the past decade. Prior to current ownership, a Midwest family owned it for a number of years after discovery on the East Coast and performed a detailed nut-and-bolt restoration. The woodie specialists at Nickels Woodworking in Traverse City, Michigan, chose bird’s-eye maple and African mahogany to rebuild the body.

Highly sought after for its exotic fine swirling grain that resembles the eye of a bird, bird’s-eye maple trees were prevalent in Ford’s Iron Mountain forests. When combined with African mahogany inserts and a correct factory finish of Monsoon Maroon over the Tan LeBaron Bonney three-seat leather interior, the resulting effect is stunning. Every element of the restoration is reported to be factory correct, from preserving the unique Marmon-Herrington upgrades and badging to replacing any hardware or sheet metal as needed with new old stock. Since completion, the car has been driven less than 200 miles, including display at shows in Kansas City and the Chicago area, where it has won Best of Show honors on several occasions.

Marmon-Herrington all-wheel-drive wagon conversions are some of the most desirable woodies due to their engineering, rarity, and impressive visual stance. However, the significance of this particular Mercury station wagon cannot be overstated, offering woodie collectors an unrepeatable opportunity to acquire that unique crown jewel for their collection. 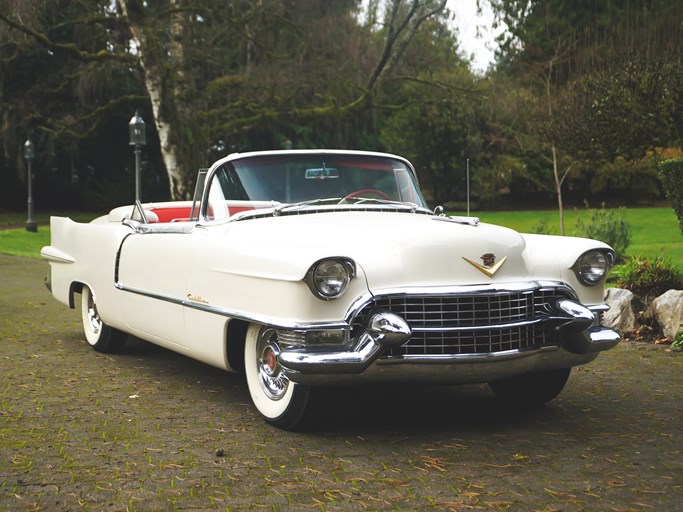