Catalogue View Lots
Chassis No.
Engine No.
BC83
BC83

Bugatti’s final iteration of the Type 35 would be the Type 35B. This new model, which bore the same 2.3-liter, eight-cylinder motor as the earlier Type 35T, was outfitted with a supercharger that was similar to the one in the Type 35C, albeit slightly larger and more powerful. In its day, the Type 35B boasted incredible performance figures, and these figures are still respectable today. It was capable of accelerating from 0 to 60 mph in just six seconds, and it had a top speed of 125 mph. The Bugatti Type 35 is arguably one of the most successful and iconic vintage race cars.

This Crosthwaite & Gardiner Type 35B re-creation is visually and dimensionally identical to the original cars, handcrafted and precision-built with over 3,000 components that are manufactured from scratch. Well-known and respected within classic motor racing circles, the Crosthwaite & Gardner Type 35 is regarded by many as the most authentic reproduction Bugatti in the world—as demonstrated by the outstanding example offered here. Built in 1999, this Type 35B is finished in the iconic shade of Bugatti Racing Blue. The car is powered by a 130 hp, 2.3-liter supercharged inline eight-cylinder engine with nine roller bearings. The engine is mated to a four-speed manual gearbox, which sends power to a live rear axle. The Bugatti rides on eight-spoke alloy wheels and features a side-mounted spare.

More recently the car has been enjoyed on and off the racetrack. This includes being campaigned during the Monterey Historics at Laguna Seca, Sonoma, Buttonwillow, Fontana, as well as on the California Mille. The car was displayed at the Riverside Auto Museum as well as presented at the Palm Springs Concours and at Quail Lodge.

With a supercharged straight-eight engine that Ettore Bugatti would be proud to see and hear, this Type 35B re-creation exhibits all the expected characteristics of beauty, performance, and exquisite artisanship. It will be a wonderful addition to any collection or provide thrills in vintage motor-racing competition. 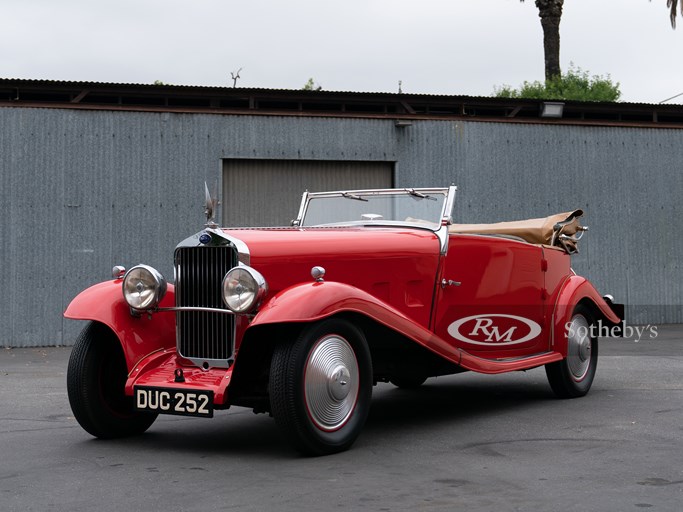 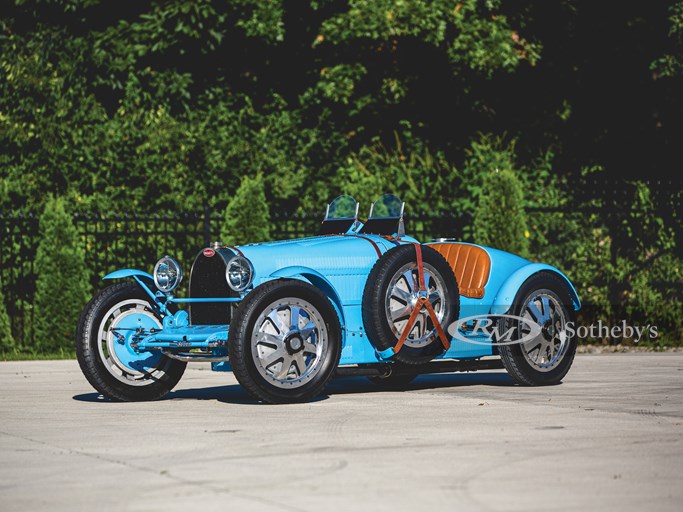