Introduced in April 1951 at the first-ever Frankfurt Motor Show and later that year in October at the Paris Motor Show, the 300 was to be the crown jewel in the post-war Mercedes-Benz crown. The 300 was initially offered in cabriolet and saloon models on the W186 chassis; however, the shorter and sportier W188 chassis would also be used to provide customers with roadster, coupe, and cabriolet versions. Featuring an independent suspension, the 300 provided outstanding comfort, even when cruising at a maximum speed of 100 mph.

In 1955 the engineers upgraded the engine using the Bosch fuel-injection system introduced on the 300 SL. Fuel was injected directly into the cylinders, but the fuel-injection pump was driven by a chain instead of a gear train. With a slightly milder cam than the sports cars, the M188 II engine produced 175 horsepower and 182 foot-pounds of torque, a substantial increase over the 300 S.

With the new engine, denoted by the word Einspritzmotor (fuel-injected engine) on the rear bumper, the 300 Sc was introduced at the Frankfurt Motor Show in September 1955. Only a few other trim changes, including chromed cooling vents about each fender, perforated chromed disc wheels, and enlarged turn signals, distinguished the new model. With the technical improvements, 145 units were sold during the remainder of 1955 and through 1956. However, even the impeccable craftsmanship and traditional lines were not enough to overcome potential buyers’ reluctance to accept the lack of air-conditioning, automatic transmission, and power amenities common in competitive luxury cars. Only 52 additional units would be sold in 1957 and three more in 1958 after production ended. In total, only 49 cabriolets, 53 roadsters, and 98 coupes were sold, making these models among the lowest-production dealer-ordered automobiles ever made by Mercedes-Benz.

The current owner purchased this 300 Sc cabriolet from a longtime owner from Ohio. He then had it comprehensively restored by renowned Mercedes-Benz specialist Rudi Koniczek from 2012 to 2017 to full concours standards. All cosmetics were done, including the body, paint, chrome, upholstery, and interior, and mechanical components were restored as required. Koniczek has spent the last 50 years restoring some of the world’s greatest cars out of his shop in British Columbia and has become one of the most sought-after experts for Mercedes-Benz restoration. It was restored back to its original colors of Tobacco Brown with tan interior and a brown top, an extremely attractive color combination for such a stately car.

All mechanical aspects were inspected during its restoration and were replaced or repaired as needed to make sure the car runs as intended. Its engine runs strong, and it is reported to be a very well-performing car. The Mercedes-Benz 300 Sc is notoriously expensive to restore, and it is rare to find an example in comparable cosmetic and mechanical condition. This early-production 300 Sc cabriolet is an example of one of Mercedes-Benz’s rarest models and is ready for its next owner to enjoy. 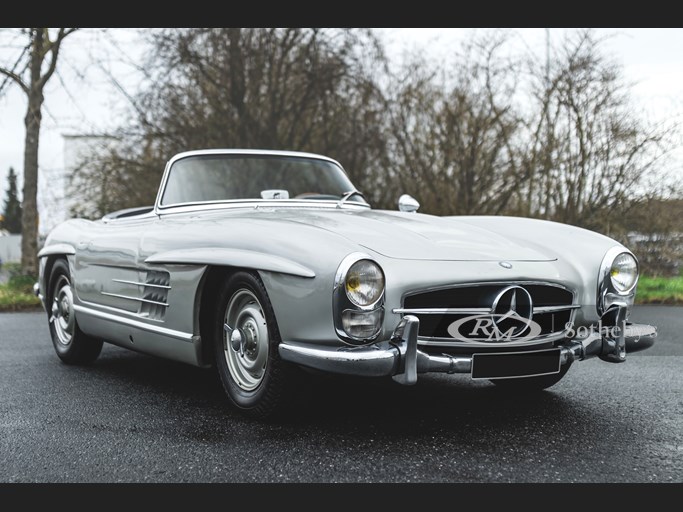 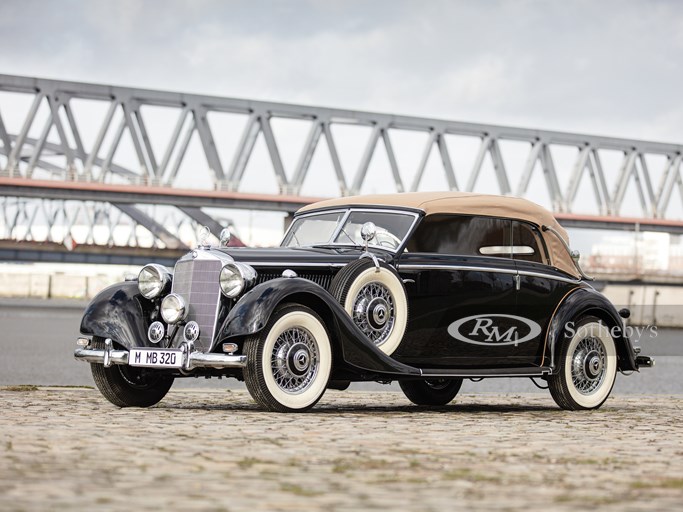