As production of the DB7 was winding down, Aston Martin rolled out several end-of-line models to celebrate their best-performing model yet. One of these combined the standard Vantage V-12 engine with a sporty GT body to create the extremely rare DB7 GTA.

The DB7 GTA, as offered here, was fitted with a substantially modified suspension. In order to improve handling, the engineers adjusted the location of the front subframe, while an additional brace added to the rear lower suspension increased braking stability. Larger Brembo brakes and upgraded pads add to the improved stopping performance, while ride quality was improved by allowing for increased wheel movement. The exhaust was also revised, giving the GTA a significantly throatier note during wide-open throttle. Unlike the GT model, the GTA was fitted with Aston Martin’s Touchtronic automatic transmission, allowing for manual control from steering-wheel-mounted gearshift buttons, as well as affording a top speed of 187 mph.

All these mechanical upgrades are wrapped in an aerodynamically balanced body. Attractive twin bonnet vents, similar to those on the Vanquish, allowed for improved airflow, while a new mesh grille covered both the lower and the upper intakes. The boot-lid spoiler was revised, and the wheel-arch liner extended. New five-spoke 18-inch alloy wheels were also fitted, which proved popular enough that some Vantages have since been equipped with them post-sale. New color options were added, and chassis 304271 is finished in Nero Black over Charcoal Bridge Weir leather. Every GTA was fitted as standard with the new Silky Oak Grey–stained veneer set, white speedometer and tachometer, and exclusive GTA badging on the front seats.

Only 17 GTAs were exported to the United States; this car is one of these extremely rare Aston Martins. The Carfax report shows the GTA as first being registered in Las Vegas, Nevada, in August 2003. By 2007 the car was reported as being registered in Seattle, Washington, with just under 29,000 miles on the odometer. The car passed through several owners before settling in Arizona with a DB7 collector who has maintained the Aston Martin and driven it sparingly.

An extremely rare DB7 GTA, this is the perfect example for anyone looking for an Aston Martin that is anything but boring. 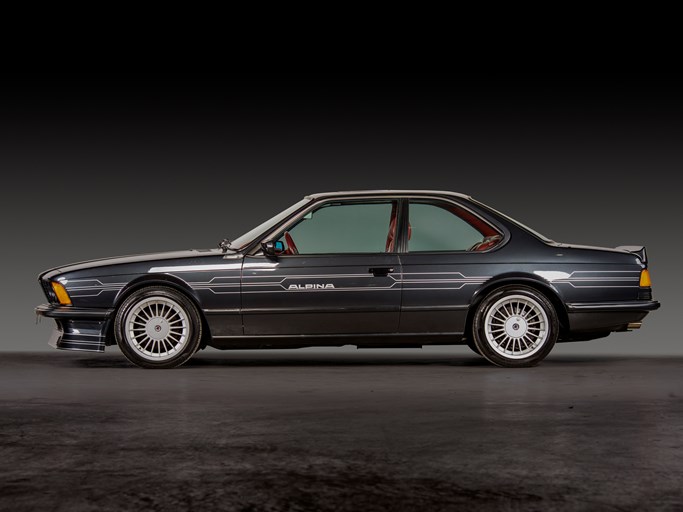