When it bowed at the Pebble Beach Concours d’Elegance in 2007, the V-12–powered Aston Martin DBS was not the first DB Aston Martin followed by the letter S. The original DBS bowed in the mid-1960s and had the distinction of being the first Aston Martin to bring the automaker’s design language into a new era and the last car built under Brown’s control.

The second iteration of the DBS was a worthy successor, even if it arrived more than three decades later. The modern model succeeded the Vanquish S as Aston Martin’s flagship model. Power came from a 510-horsepower version of the company’s 5.9-liter V-12, which could be paired to either six-speed manual or six-speed automatic gearboxes. Though it was a relatively large car, the DBS weighed a lithe 3,700 pounds, thanks to the extensive use of carbon fiber for its hood, fenders, and numerous structural components. Scissor-style doors composed of aluminum ensured that the DBS would make an impression wherever it arrived. A special glass key fob inserted into the dashboard to start the car added even more panache.

Underneath, the DBS utilized a new adaptive suspension design that gave the car tenacious handling on a curvy road or, at the touch of a button, a cosseting ride for boulevardier-ing. Carbon-ceramic disc brakes ensured that it would come to a halt quickly and effortlessly. The DBS made its screen debut at the hands of a new James Bond in 2006, even before the car was formally unveiled. In Casino Royale, a stern Daniel Craig made nearly as much of a splash as the slinky DBS.

Nearly two years after the DBS debuted in coupe form, Aston Martin unveiled the convertible Volante version at the 2009 Geneva Motor Show. The car featured a fabric top that could tuck away in fewer than 15 seconds at the tap of a button at speeds as high as 30 mph.

The DBS Volante offered here was special-ordered in California Sage over Absynthe Green leather with Phantom Grey carpeting, an homage to colors closely associated with Aston Martin’s past. The car is fitted with the six-speed automatic transmission and shows just under 2,850 miles after remaining with its original owner for nearly a decade. Presented in immaculate condition throughout, the car is offered with its original owner’s guide, spare keys, battery tender, air compressor, and trunk-mounted umbrella. 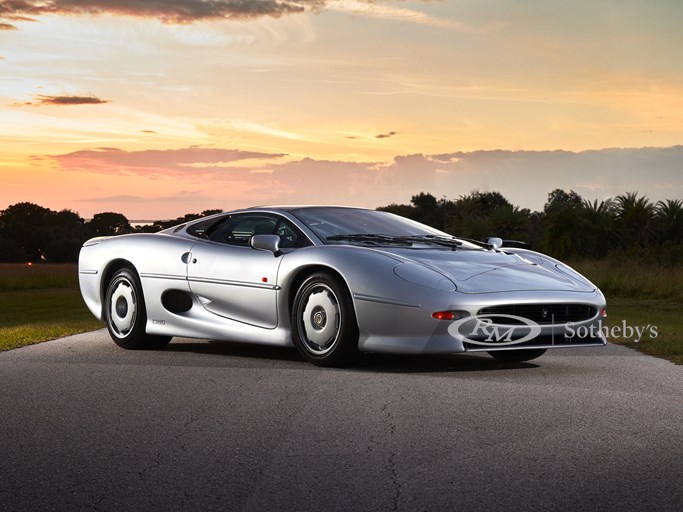