Chassis No.
ZA9H11UA7ESF76097
Catalogue
Addendum: Please note that due to California emissions, this vehicle must be sold to a dealer or out-of-state resident.

With their first car unveiled at the 1999 Geneva Motor Show, Pagani Automobili sought to challenge the supercar establishment by setting up shop in Ferrari and Lamborghini’s own backyard in Modena, Italy. After having a fruitful career at Lamborghini, Horacio Pagani had the experience necessary to succeed, and his first production model, the Zonda, proved to be very successful in Europe. For their next car, Pagani upped the ante and started development in 2003, midway through the Zonda’s production run. Seeking to retain the overall ethos and design language of the Zonda, Pagani pushed toward the future with more advanced technology and components. The car was eventually dubbed the Huayra, after a god of wind of the Quechua peoples of South America (including Pagani’s native Argentina).

Turning to Mercedes-Benz once again for their power plant, this time Pagani chose to fit twin turbochargers to their 6.0-liter V-12, producing 730 bhp and an incredible 1,000 Newton-meters of torque. With such power, unique solutions were needed to keep the car in control under all circumstances. To keep the Huayra firmly planted on the road, it utilizes active aerodynamics in the form of four independently operating flaps placed on each corner of the car. Controlled by the car’s computer, these flaps instantly adjust to reduce drag, offer additional downforce, or rein in body roll depending on the car’s speed, lateral acceleration, steering angle, and throttle position. These monumental engineering efforts afford the Huayra incredible performance, including a top speed of 238 mph and a 0–60 mph sprint of just 3.0 seconds.

When it came to customization, the sky was the limit for Huayra customers, with virtually boundless opportunities available, thanks to the car’s hand-built nature and low production of just 100 coupes. A significant car for most American customers, this would be the first Pagani fully federalized for use in the U.S. and would be fully supported by the marque’s own dealer and after-sales service network.

Delivered new to its first and only owner in June 2015 through Miller Motorcars of Greenwich, Connecticut, this Huayra was nicknamed “Scozia.” Looking to celebrate his family’s Scottish heritage, the owner had his family’s tartan used to upholster the seat inserts on the car, creating a beautiful contrast to the car’s tan-and-black leather interior with carbon-fiber and brushed-aluminum detailing, plus the Ferrari Grigio Silverstone paintwork, a €16.000 option. Taking the Scottish theme to the exterior, the undersides of the rear flaps are painted with the Scottish flag, and the rear badge is fitted with a custom “Scozia” badge.

Should its next owner choose to forgo the car’s Scottish flair, additional leather trim was ordered with the car so the interior can be retrimmed for a perfect match. Additionally, the car comes with extra front and rear flaps that are finished in body color, and these can easily be installed as well. Further options include black brake calipers, rear-view camera, upgraded stereo and parking sensors, a front splitter in exposed carbon, Italian flags on the side mirrors, and signatures of everyone involved in production. Finally, the Pagani is accompanied by the custom seven-piece luggage set. A $20,000 option, the leather is trimmed to match the interior and offers a glamorous and practical way to take advantage of the car’s surprising storage capacity for extended journeys. Taking all the custom touches and additional extras into account, these totaled to a whopping €134.850 as evidenced by the accompanying window sticker and specification sheet. Looking to drive and enjoy his new car, the owner had it covered with a full clear bra inside and out, further protecting such elements as the wheel arches.

A few years after delivery, Pagani offered the “Tempesta” package to existing Huayra owners to further upgrade the performance of their car. At a cost of $221,739, the upgrade package addressed the car’s aerodynamics and helped shed weight. This included the fitting of a completely new underbody, along with a new front splitter and rear diffuser, which increases overall downforce. To compensate for this, new four-way adjustable Ohlins shock absorbers were fitted as well. Furthermore, new wheels, 20 in. at the front and 21 at the rear, were installed. Forged from aeronautic-grade aluminum alloy, these wheels offered a reduction of weight by 1.1 kg for the front wheels and 2.5 kg for the back wheels while retaining the same structural integrity of the originals. Finally, the Tempesta package included a new exhaust system made completely of titanium, weighing just 7 kg, 3 kg lighter than the standard unit, and enhancing the overall engine sound.

Allegedly the last Pagani to feature the unique gull-wing door configuration as per company representatives, the Huayra will be fondly celebrated for years to come. With a production run of only 100 coupes (between 30–40 in the U.S.), this remains far rarer than its “mainstream” competition, the LaFerrari, Porsche 918 Spyder, and McLaren P1. This example, one of the most memorable and interesting Huayras built, is an exceptional automobile and presents in virtually as-new condition, having traveled just 1,460 miles from new. It will surely attract plenty of attention wherever it goes for its tasteful and unique specification. 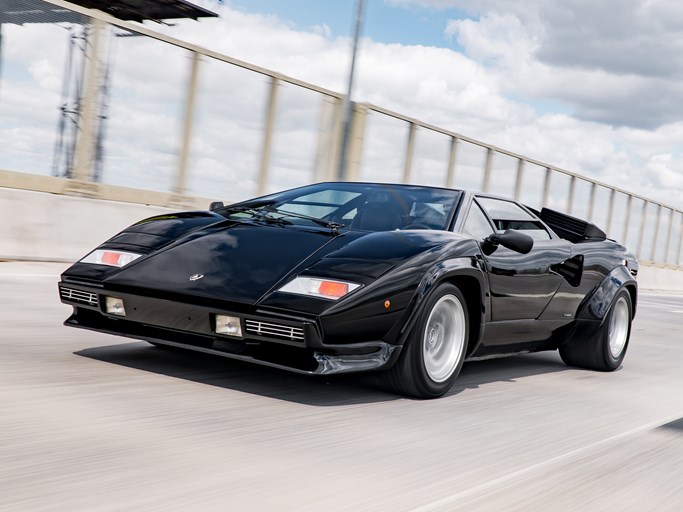 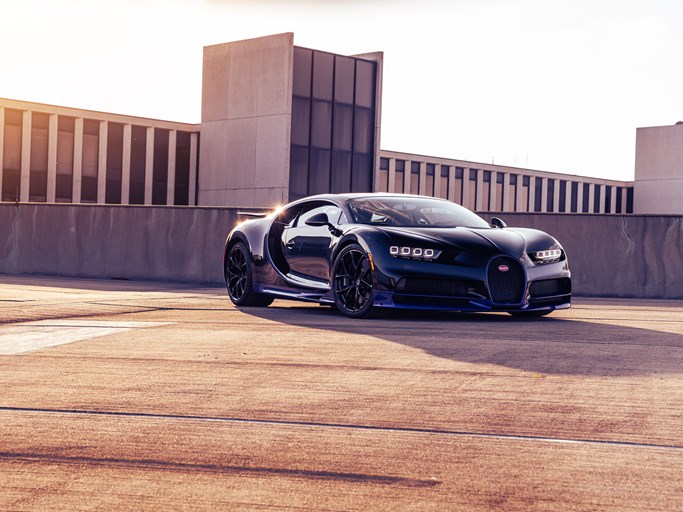