Briggs Swift Cunningham was a man with what Friedrich Nietzsche referred to as “will.” Briggs had the will to win, constantly striving to best his competition, whether during his extensive yachting career, golfing, playing football, or auto racing.

Son of a wealthy Cincinnati financier and heir to the Swift meatpacking fortune, Cunningham began his career in yacht racing at Yale in the 1920s, which eventually led to international fame by captaining the Columbia to victory in the 1958 America’s Cup. He engaged in international racing in the 1930s with his college friends Miles and Samuel Collier, who founded the Automobile Racing Club of America (later renamed the Sports Car Club of America, SCCA, in 1944).

In 1950, Briggs entered two Cadillac Coupe DeVilles in the world’s most prestigious race, the 24-hour endurance event at Le Mans. One remained nearly stock, and the other was heavily modified. They finished 10th and 11th among a sea of Jaguars, Aston Martins, and Ferraris. This early loss only increased Briggs’ will to victory, which culminated in the ultimate creation of his C-3 Cunningham automobile. At the time, homologation rules of Le Mans specified that competitors could race production vehicles, with at least 25 produced, to be eligible to race. This would have been a problem for most, but for Briggs Cunningham, the solution was clear: he must build his own brand of car. Thus, the Cunningham C-3 was born.

Cunningham developed the Cunningham C-3 by mating the newly popular Chrysler Hemi V-8 engine with a race car chassis and Italian bodywork designed by Vignale of Turin, Italy. With exclusivity and a high price point, ranging between $8,000 and $12,000 new, wealthy Americans, such as the du Pont family and the Rockefeller family, took notice and were early customers. By 1954, Briggs Cunningham was featured on the cover of Time magazine with three of his Cunningham racing cars, as the embodiment of “Horsepower, Endurance, Sportsmanship.”

Briggs’ personal C-3 was built with a heater, radio, 20-gallon fuel tank, Bendix Hydrovac power booster, and a Chrysler PowerFlite gearbox. Originally, this vehicle was built as a demonstrator model, but was never sold; rather, it was retained by Briggs and the Cunningham family for over 60 years. Most of the 25 Vignale-bodied cars produced wore two-tone color combinations. However, Briggs had 5223 painted black and fitted with a beautiful red leather interior.

Briggs Cunningham was featured with his C-3 in an article in the 23 January 1957 issue of The Motor. More recently, chassis number 5223 was on the cover of the Fall 2014 issue of Hagerty Classic Cars magazine and was prominently covered in an extensive article with photographs taken in the garage on the Cunningham family’s Greens Farms, Connecticut, estate. While hundreds of important automobiles came and went through his life, this C-3 remained with the Cunningham family until his daughter Lucie’s passing in 2014. Lucie, in her ownership, proudly enjoyed displaying and supporting the legend of her famous father by bringing 5223 to concours events, including the Cunningham Gathering at the 2011 Cavallino Classic in Palm Beach, Florida, and later the 2013 Cunningham Gathering at the Lime Rock Park 31st Historic Festival in Connecticut.

Today, 5223 remains largely original, with a few custom touches by Briggs and then later Lucie, including wire wheels and Lucie’s signature “lady bug” tire valve stem caps. When Lucie inherited the car in 2003, she could not live with the original paint’s patina, and so commissioned the car to be stripped to bare metal and painted in its original color, black. Additionally, she had the interior re-trimmed in the same red leather as when new. Beautifully preserved, this C-3’s odometer reads 10,097 miles at the time of cataloguing.

This C-3 is the definition of a “no stories” automobile—not to mention, having spent 61 years with the family of its namesake—talk about provenance personified! The HVA, the world’s largest historic vehicle owner’s organization, known for promoting culturally and historically significant vehicles, recognized 5223 with the prestigious National Automotive Heritage Award, which lists cars with this honor in the Library of Commerce in Washington, DC.

Inarguably, this is the most historically significant C-3 in existence. 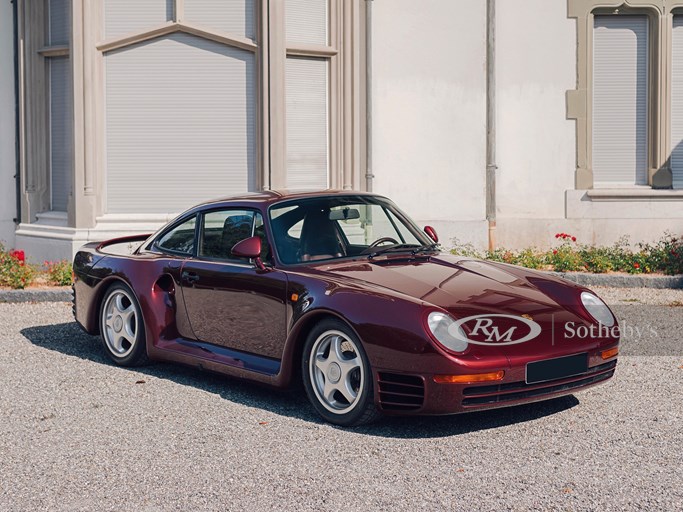 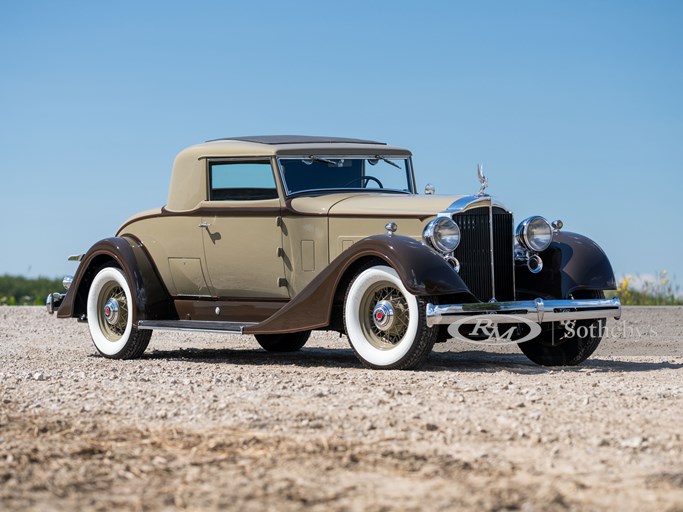